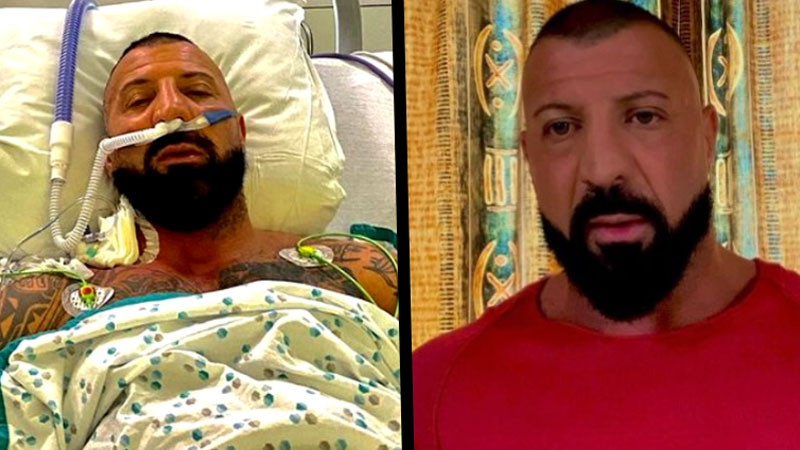 Millions of people worldwide still remain vaccine-hesitant for all the wrong reasons despite the fact that hundreds of studies show that Covid-19 vaccines are working great in preventing severe conditions and death. From vaccine mandates to different kinds of incentives, it looks like nothing will make this group of people change their minds over the vaccines.

While the world is fighting with the highly transmissible Omicron variant of the virus and people are more than encouraged to get their booster doses of the Covid-19 vaccines, a decent percentage of unvaccinated folks say that will never ever decide to get the shot no matter what, multiple recent polls show.

So was the case with F. Sinistra, a world-renowned kickboxing champion known as The Undertaker in the kickboxing community, who was vaccine-hesitant and had anti-vaccine beliefs he shared with the community publicly. Originally from Belgium, Sinistra was among those who didn’t believe that the virus is dangerous and he shared misinformation that anyone who contracts the virus can beat it easily.

In November, Sinistra contracted Covid-19 and his condition worsened in a matter of days. Despite refusing to get hospitalized and be treated under medical personnel care, his wife, coach and close friends somehow forced him to go to the hospital. Because his condition was critical, he was admitted to the hospital shortly after his arrival there.

He stayed in the hospital for several days. The 41-year-old three-time world champion shared a series of photos of himself in intensive care using breathing tubes during his stay. But at one point, the stubborn boxer said he had decided to treat the “little virus” by himself at home after leaving hospital in late November.

On numerous occasions, Sinistra publicly criticized the Belgium government’s pandemic measures such as wearing masks, restaurants and bars closures, maintaining social distance, sports events cancelations, and so on. He was very disappointed on November 26 when he announced that a fight planned for December 4 had been canceled, saying he was ‘disgusted’ after being forced to cancel the event.

“A warrior never abdicates, I will come back even stronger,” he wrote. He later wrote: “I was born premature and I will continue to fight to the death like a man without ever giving up and dying without regrets”.

Sinistra’s recovery continued in the upcoming weeks since his announcement. In mid-December, just three days before his Covid-19 related death, he responded to fan comments on Facebook saying that he feels better and he will get back stronger.

“Thank you for all your support. I’m home recovering, as I should,” he wrote. “I will come back a thousand times stronger,” he added.

Reportedly, in the last few days of his life, Sinistra decided to treat himself with oxygen at home. The vaccine-hesitant boxer was last seen active on the social media platforms on December 13. Two days later, his wife announced that Sinistra died as a result of the deadly virus.

You Could Be On Eligible List For $1,400 Stimulus Check, Which Will Be Issued In January