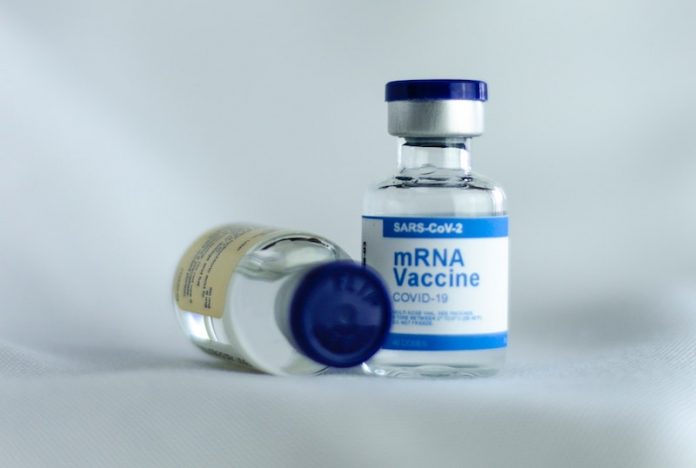 The COVID-19 pandemic has been a living nightmare for many immunocompromised people, and the omicron variant may make things even worse.

Authorities and drug manufacturers have both warned that being fully vaccinated may not be enough to protect against the omicron variant in certain immunocompromised groups, sparking fears about what infections might look like for the more than 7 million Americans who have weakened immune systems.

To be fully vaccinated, you must have received either two doses of the Pfizer-BioNTech/Moderna vaccines plus a booster or one dose of the Johnson & Johnson vaccine plus a booster.

With cases on the rise once more, some people with weakened immune systems have been defying the guidelines in order to receive unapproved vaccine doses in an effort to boost immunity and avoid infection, according to the New York Times.

Off-label dosing has been going on for a while, with the Centers for Disease Control and Prevention reporting over the summer that up to 1.1 million people in the United States received unauthorized extra doses of the vaccine.

According to Brandon Dionne, associate clinical professor at Northeastern, deviating from CDC guidelines isn’t a big deal in situations where immunocompromised patients are receiving additional shots in consultation with their doctors, especially if they haven’t been able to generate antibodies from prior doses.

“If patients have an immunocompromising condition and haven’t had an adequate response to the three doses, then I don’t necessarily have an ethical concern with them trying a fourth or a fifth dose,” Dionne says.

And, Dionne adds, it’s much less sticky ethically with a drug that has full federal approval, such as the Pfizer vaccine. However, the fact that the Moderna vaccine is still only approved for emergency use raises the possibility of legal issues.

In October, the CDC updated its recommendations, suggesting a fourth shot for certain immunocompromised groups. Patients who have had organ transplants, are on immunosuppressant medication, or have certain chronic conditions are among those who qualify.

However, given the guidelines’ recommended intervals between doses, the additional booster for most people would be administered in late February or early March 2022—six months after the third shot.

Over the summer, federal officials warned that violating vaccine guidelines could land providers in hot water. That was before the CDC and the Food and Drug Administration gave their final approval to the booster.

Nonetheless, pharmacists and providers who administer the vaccine must sign a contract with the CDC that states that if they violate the rules, they may be kicked out of the federal vaccination program.

Furthermore, if patients have an adverse reaction, providers may not be fully protected if they deviate from the guidelines, according to federal officials.

However, those who are more vulnerable to COVID-19 should not be surprised, according to Wendy Parmet, a leading public health law expert and director of Northeastern’s Center for Health Policy and Law.

After all, the ethos of modern medicine empowers patients to make their own health-related decisions.

“For decades now we’ve told people that they are supposed to make their own decisions about their healthcare,” says Parmet, who is Matthews Distinguished Professor of Law.

“We say, you know, “Do your research.” So I don’t blame them. People are going to do what they think is right for them.” According to Parmet, the federal agreements with providers should allow physicians to prescribe vaccine doses, giving providers and their patients more options for protection.

According to preliminary research in Israel involving people aged 60 and older, that extra early shot may yield some promising results for immunocompromised people.

As things stand, neither the pharmacists who administrated the unapproved doses nor the patients will face any legal consequences, especially since many of the vaccines are being thrown away anyway, according to Parmet.

The United States has had an oversupply of the COVID-19 vaccine for some time because demand has dropped significantly since the shots became available more than a year ago.

However, Parmet warns that avoiding federal health guidelines indicates a “breakdown of public trust” that can lead to “rampant individualism.”

“We’re essentially coming into a do-it-yourself pandemic,” she says.