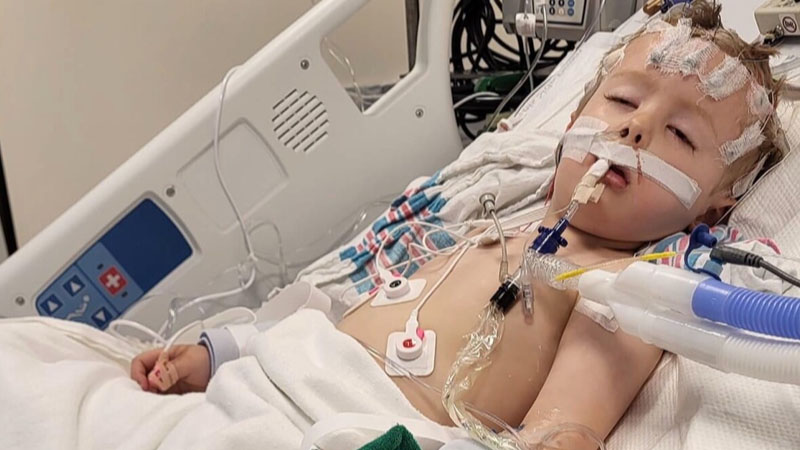 Caleb and Savannah Slater say at a moment’s notice that their son Raikar went from playing at daycare to struggling for his life.

Father Caleb Slater said, “There’s really no words for the jolt of emotion you get when you get the call.”

Paramedics were already doing CPR when they arrived. Slaters says his son went into cardiac arrest after swallowing the rock, causing his heart to stop for about four minutes.

Slater said, “I ran there as fast as I could, but he was already on his way to Cox South, where his heart stopped again for eight minutes.”

The two-year-old was then taken to St. Louis Children’s Hospital, which is one of the few hospitals in Missouri equipped to remove such a thing. The first 72 hours after a cardiac arrest was the most critical, according to the family.

“The main concern right now is his brain and his lungs,” Slater said. “They think other vital organs are doing just fine.”

As per Ky3, a neurological test will be conducted in the coming weeks by the doctor. Raikar will be on a ventilator until his lungs heal and the possibility of brain swelling is no longer a concern. Although there is uncertainty, Riker’s family is heartened that he is showing little signs of progress.

“He wagged his toes and he sank,” said mom Savannah Slater. “He’s able to show emotion.”

According to Slaters, how you choose to see your children is really important. Fortunately, all the staff at his son’s daycare had received CPR training.

“They did everything and I think they saved her life,” Slater said.