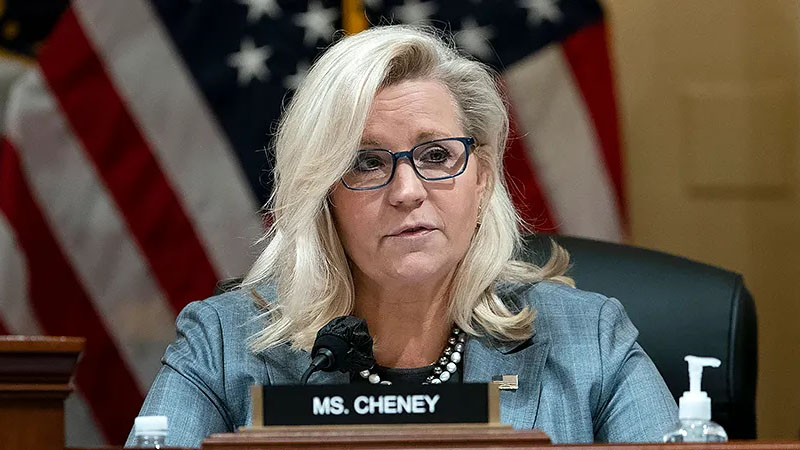 According to a Monday report, Wyoming Republican Representative Liz Cheney set a personal fundraising record of $2.94 million for the first quarter of 2022.

According to Politico, Cheney’s campaign will soon announce that it has raised $2.94 million in the first quarter of 2022, bringing her total to more than $10 million. According to the outlet, the representative currently has $6.8 million in cash on hand with four months until the August 16 primary.

Newsweek reported that the significant amount of money raised by her campaign gives her a financial advantage over her opponents in the upcoming GOP primary race for her seat. The revelation of her fundraising totals aligns with former President Donald Trump’s strategy of rallying his supporters behind a single challenger to defeat Cheney in jeopardy.

Cheney was the highest-ranking Republican to vote to impeach Trump in January 2021, following allegations that he incited the riot at the US Capitol. She has also publicly disputed his baseless accusations that the 2020 presidential election was stolen from him, and she drew even more ire from his supporters by accepting a vice-chair position on the House select committee investigating the Capitol riot.

“The easiest way to defeat Deplorable Liz Cheney is by having only ONE Conservative candidate run and WIN!” Trump said in a statement released on July 30, 2021.

However, Cheney’s campaign war chest, as well as the fact that several other Republican candidates, in addition to the one endorsed by Trump, are vying for the nomination, may help Cheney’s reelection chances.

Last September, Trump endorsed attorney Harriet Hageman in her bid to unseat Cheney. The former president referred to Cheney as a “disloyal Republican” and “the Democrats’ number one provider of sound bites.” In that announcement.

Hageman is currently dragging in the money race. According to Politico, Cheney’s first-quarter total is more than double what Hageman’s campaign raised in the previous quarter. Meanwhile, Hageman may not have as strong a grip on Trump’s base as his endorsement would normally offer.

For one thing, numerous outlets have picked up on Hageman’s previous statements about Trump from 2016. According to the New York Times, she not only opposed her party’s selection of Trump as its presidential nominee at the 2016 Republican National Convention, but she also called him “racist” and “xenophobic.”

In addition to Hageman, there are at least three other Republican candidates, including state Senator Anthony Bouchard, a long-time Trump supporter. According to Politico, Bouchard may sway MAGA voters away from Hageman, but a recently revealed incident in his past may cost him some support. According to the Casper Star-Tribune, Bouchard admitted to impregnating a 14-year-old girl when he was 18. Bouchard legally married the girl in Florida, but they divorced three years later, according to reports.

Cheney has faced a backlash within her own party as a result of her anti-Trump stance. She was ousted as conference chair by House Republicans last May, removing her from her leadership position. Later that year, in November, the Wyoming Republican Party voted not to recognize Cheney as a member of the party.

Nonetheless, her defiance has resulted in an increase in out-of-state contributions to her campaign. On March 24, Open Secrets, a website that tracks campaign contributions in the United States, reported that the majority of Cheney’s campaign contributions came from outside Wyoming. She raised approximately $7 million in 2021, with only $202,980 coming from Wyoming, which ranked seventh on the list of states in terms of her donations. Texas topped the list for Cheney with more than $556,430 in donations, followed by California with $541,880.

Fauci states, ‘It’s not going to be eliminated’ and now up to each individual to assess their COVID risk

Whoopi Goldberg is leaving The View ‘for a while’

Newborn spent a year and a half in hospital due to serious health problems, finally goes home: “She is finally here and just ready to live her life”