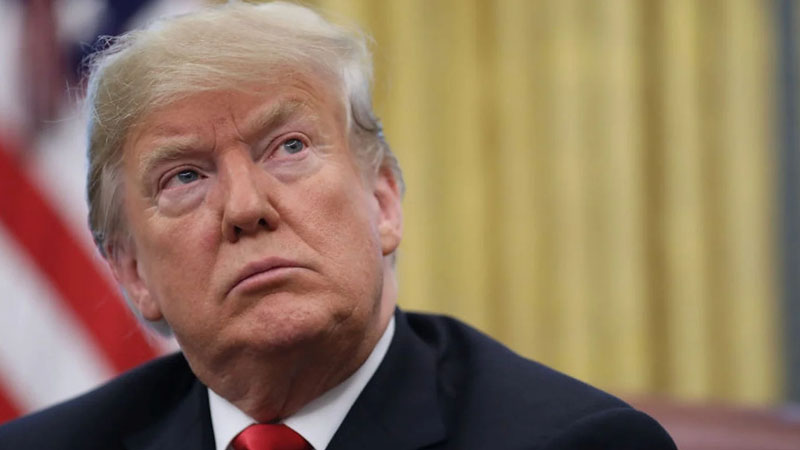 Former US President Donald Trump stated that “it doesn’t make sense” that Russia and Ukraine have yet to reach an “agreement.”

According to the Insider, Russian President Vladimir Putin initially called for an end of military operations as the two countries began negotiations, but Russia later resumed operations in Ukraine. Last week, Putin declared that peace talks with Ukraine had come to an end.

“It doesn’t make sense that Russia and Ukraine aren’t sitting down and working out some kind of an agreement,” Trump said in the Monday statement. “If they don’t do it soon, there will be nothing left but death, destruction, and carnage.”

“This is a war that never should have happened, but it did,” the former president continued. “The solution can never be as good as it would have been before the shooting started, but there is a solution, and it should be figured out now — not later — when everyone will be DEAD!”

The statement on Monday comes just weeks after Trump praised Putin’s justification for invading Ukraine as “genius” and “savvy.” In a massive change, he then condemned the invasion as a “holocaust” just one week later.

Russian forces withdrew from the area around Kyiv earlier this month after attempting to take the Ukrainian capital. According to Pentagon and NATO officials, the Russian army has repositioned itself in the area to focus on Ukraine’s eastern Donbas region.

On Sunday, Ukrainian President Volodymyr Zelenskyy stated that if Ukrainian forces stationed in the besieged city of Mariupol are killed by the Russian army, negotiations could come to an end.

“We wanted to take away the wounded. We talked about it being a humanitarian mission. Give us the wounded back!” Zelenskyy said in an interview with CNN on Monday. “We even made plans for Turkey to be a mediator and get the wounded, civilians, and the military. They don’t let them out because we understand Russia just wants to shoot them dead.”

Ukraine’s remaining defenders in Mariupol, according to the Ukrainian leader, are unwilling to surrender to Russia.

He added: “When you can make an agreement with Russians to let them go, unarmed, but after, what they will do is shoot them dead. That is why no one trusts Russia now.”