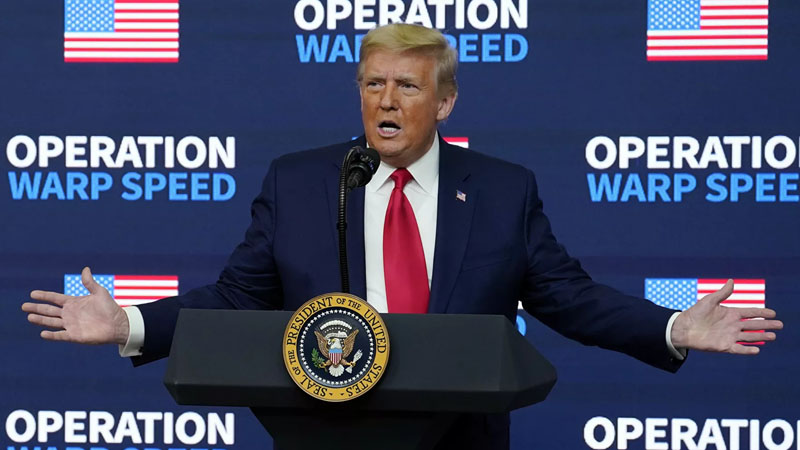 Documents recovered from former US President Donald Trump’s Mar-a-Lago residence were clearly marked as classified or top-secret, according to sources familiar with the matter. The improper removal of classified and top-secret documents has raised legal concerns and questions as to why the documents left the White House.

Last month, the National Archives and Records Administration retrieved 15 boxes from Trump’s Mar-a-Lago, Florida, mansion that should have been turned over to the agency, according to the Presidential Records Act.

The number of classified and top-secret documents is not known, but individuals close to the situation say that some contained clear markings that the documents were extremely sensitive and for a small group of officials.

The volume of documents recovered from Trump’s Florida residence, in defiance of the PRA, sparked the Archives to ask the Justice Department to look into the matter to determine if a crime has been committed.

The Justice Department has yet to decide on a course of action, while the recovered documents remain in a secure location.

During the summer of 2021, the Archives reached out to Trump to secure documents that appear to not have been turned over. Those included letters between Trump and North Korean leader Kim Jong-un and the letter US President Barack Obama left Trump as he entered the White House. They recovered those documents, along with the 15 boxes, earlier this year.

The Archives indicated that Trump’s representatives were still searching for additional records.

“It is clear that a normal and routine process is being weaponized by anonymous, politically motivated government sources to peddle Fake News,” said a Trump spokesperson named Taylor Budowich, who added that, “the only entity with the ability to credibly dispute this false reporting, the National Archives, is providing no comment.”

A Justice Department investigation, unless serious norms were violated, would be unlikely to yield a criminal prosecution for a president.

Presidents, while they are in power, have the power to declassify information, which could make prosecution difficult.

According to Brandon Van Grack, a former federal prosecutor, laws pertaining to classified information require an individual to act “without authorization, and potentially the president would be able to argue he gave himself that authorization.”

Van Grack added, “the FBI would want and need to review the information and conduct an investigation to determine what occurred and whether any sources and methods were compromised.”

Trump’s Mar-a-Lago stash of presidential documents is in violation of the PRA, but it is not unusual for presidents to have instances in which they inadvertently violate the act. Whether Trump crossed the line of legality, however, remains unknown.

Van Grack cautioned, “There are just a ton of unknowns here. So part of this is, people just need to not jump to conclusions.”

Obama Mocks Trump’s False Election Claims: ‘I Lost an Election… It Didn’t Feel Good, but I Didn’t Say No’