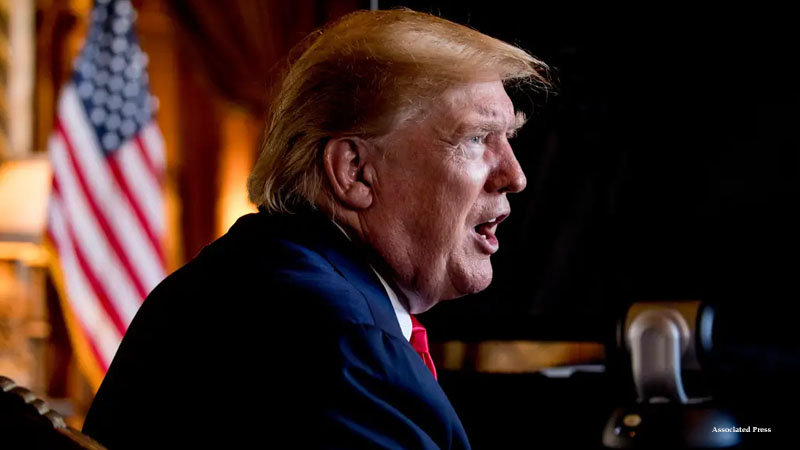 The former president’s legal team told a judge in confidential court documents that the Secret Service was concerned about safety in the Manhattan building where the attorney general’s office is located, and instead tried to get his contentious deposition moved to Trump Tower, according to two sources and a third person familiar with the discussions, according to The Daily Beast.

“He’d be sitting behind the big desk, where he has the authority,” said Barbara Res, a former Trump Organization construction executive. “That’s the only thing I can think of. It’s his desk, with chairs all around. It puts him in a very superior position.”

The filing outraged the three sources who spoke to The Daily Beast, and the filings were not accompanied by any official confirmation or statement from the Secret Service – whose agents were unaware of the filing, which did not appear on the court docket or the claims Trump’s lawyers made.

“[The Secret Service is] unaware of any security challenges at the Office of the New York State Attorney General,” said Anthony Guglielmi, chief of communications for the agency.

Trump’s attempts to avoid the deposition or have it moved to his home turf ultimately failed, and he was interviewed on Aug. 10 by attorney general Letitia James herself, during which he pleaded the Fifth Amendment hundreds of times as he was questioned about allegations of business and tax fraud by the Trump Organization.

The former president’s lawyer on the case, Alina Habba, declined to comment on the filing and told The Daily Beast that the matter had been ordered confidential by the court, but the sources who confirmed the situation explained why they had come forward.

“He put it all on the Secret Service,” the source said. “It was disgusting.”