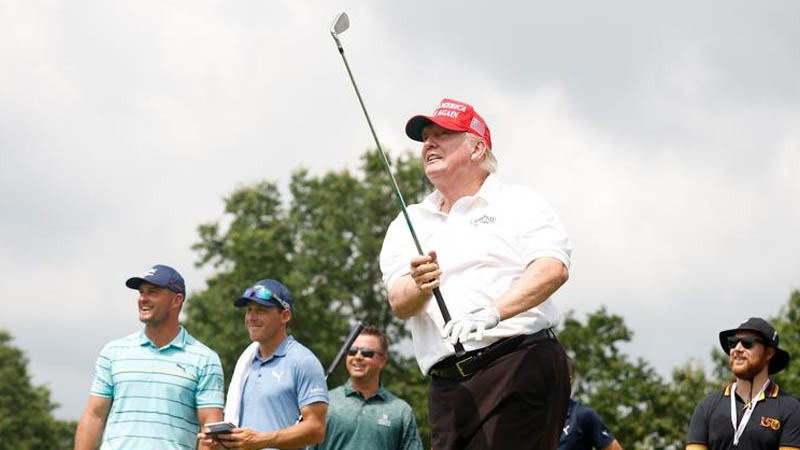 “Nobody’s gotten to the bottom of 9/11, unfortunately. And they should have,” he told ESPN.

An FBI investigation from last September contained proof that two Saudi officials had helped at least two of the 9/11 terrorists. Fifteen of the 19 hijackers were Saudi nationals.

Launched this summer, LIV Golf is poaching top players from the PGA Tour by paying them huge fees for joining and big payouts for winning. The prize money for this week’s competition is $4 million, which is about $1.5 million higher than the top prize from the Master’s Tournament.

Earlier this week, 9/11 families released an ad that said, “I am never going to forgive the golfers for taking this blood money.”

Dennis McGinley, whose brother died at the World Trade Center, expressed his dismay after learning that Trump’s golf course would host the LIV tournament.

“It’s anger beyond comprehension,” McGinley told CBS News. “This has been a David-versus-Goliath fight. I just wish these golfers, the sports icons, a former president would stand with the Davids and not with the Goliath.”

As per Cbsnews, Trump and former first lady Melania Trump partied with some of the LIV players on Wednesday night, including Dustin Johnson, whose reported contracts are upwards of $100 million each. LIV Golf responded to CBS News’ request for confirmation by saying, “We do not comment on confidential contracts.”

But the anguish is still very present for McGinley and other people who lost loved ones on 9/11.

“The 9/11 community has had to grow a really thick skin over the last 21 years,” he said. “This is such a kick in the gut, a ripping open of the wound again.”

Professor Fights for the ‘Freedom of Fats Our bodies’