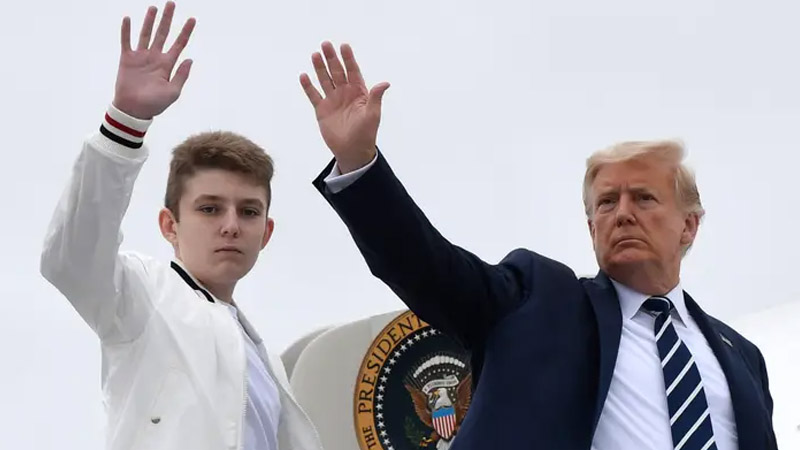 Trump slammed the FBI and Justice Department at his first political rally since the August 8 raid, calling them “vicious monsters” controlled by “radical left scoundrels, lawyers, and the media.”

“They rifled through the first lady’s closet drawers, and everything else,” Trump told supporters in Wilkes-Barre, Pennsylvania.

“And even did a deep and ugly search of the room of my 16-year-old son — leaving everything they touched in far different condition than it was when they started. Can you believe it?”

According to a source close to Melania Trump, the FBI raided the former first lady’s bedroom and closet at Mar-a-Lago, which “annoyed her” since she viewed it as a breach of privacy.

“She’s private, and she’s protective of her son and her home,” an unnamed source told CNN. There have been no reports about the FBI searching Barron’s room.

Former federal prosecutor Renato Mariotti, though, questioned Trump’s assertion, telling MSNBC on Sunday that FBI investigators would only look for documents in Barron’s room if there was “any reason to look for records there.”

“In other words, if Trump is storing boxes of classified documents or presidential records or other types of documents that could potentially be one or the other in the bedroom of Barron Trump then he should understand that that’s why the Justice Department is searching there,” Mariotti told MSNBC. Raw Story published a clip of Mariotti’s interview.

“Let’s face it, I don’t take anything that Trump says at face value,” he added.

During the raid, the FBI seized about 20 boxes worth of material from Trump’s residence, including 11 sets marked as classified. According to The Washington Post, FBI agents seized some documents from the former president’s bedroom, office, and storage room.

As per Yahoo, the search was conducted as part of an investigation into whether Trump broke three federal laws, including the Espionage Act.

Last week, a former counterintelligence chief at the DOJ said that the probe appeared to be heading toward criminal charges for Trump.

Before the November midterm elections, the former president was in Pennsylvania campaigning for Republicans Dr. Mehmet Oz and Doug Mastriano.

Trump’s representatives did not immediately reply to Insider’s request for comment.