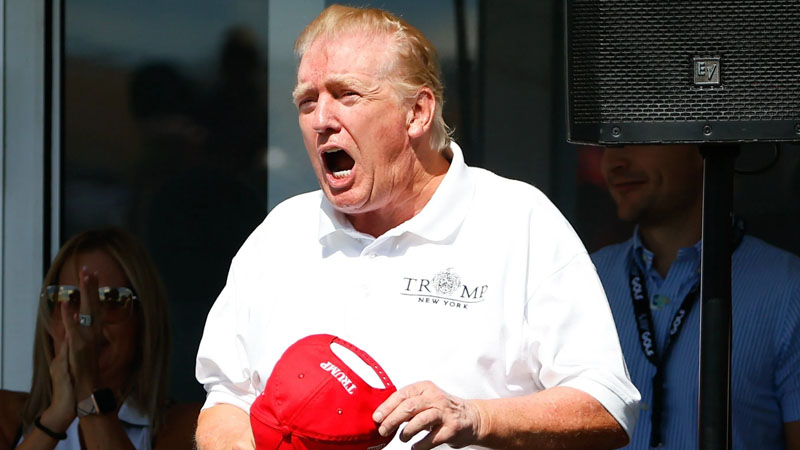 Former President Donald Trump asked the Supreme Court on Monday to prevent the release of his tax returns to a House committee just days before they are due.

In a 31-page filing, Trump’s lawyers asked Chief Justice John Roberts to put the case on hold until they could formally appeal a lower-court decision, possibly in an attempt to shift the years-long dispute into a new, and likely more Trump-aligned, Congress.

“If allowed to stand, it will undermine the separation of powers and render the office of the Presidency vulnerable to invasive information demands from political opponents in the legislative branch,” Trump’s lawyers wrote in Monday’s filing.

The House Ways and Means Committee first brought the case against the Treasury Department in 2019, after seeking the tax documents under an IRS provision that allows the committee to obtain tax information for legitimate legislative purposes. The case has now outlasted Trump’s presidency. Last year, a lower court ruled that the documents could be disclosed to Congress, but Trump appealed the decision.

In August, a federal appeals court panel rejected Trump’s appeal, allowing the tax documents to be sent to the House committee, dealing a major blow to Trump, who has long fought the release of his personal financial information, determining that the House committee’s request does not exceed Congress’ investigative authority or violate the separation of powers, as Trump’s lawyers had argued. Last week, the entire U.S. The Court of Appeals for the District of Columbia Circuit denied Trump’s request to reconsider its decision.

“No Congress has ever wielded its legislative powers to demand a President’s tax returns,” Trump’s lawyers wrote to the high court on Monday, adding that “left unreviewed, the D.C. Circuit’s decision will have far-reaching implications.”

Trump also agreed earlier this year with Democrats on a House Committee to release his financial records after the case was heard by the Supreme Court and then remanded to a lower court. With the agreement, Trump agreed not to appeal the ruling further and to comply with the court’s order to produce documents “as soon as possible.”

Tom Brady reportedly made a ‘too little, too late effort to save a marriage

Shannon Sharpe slams Kanye West for comparing his situation to George Floyd: “You lost money, he lost his life”