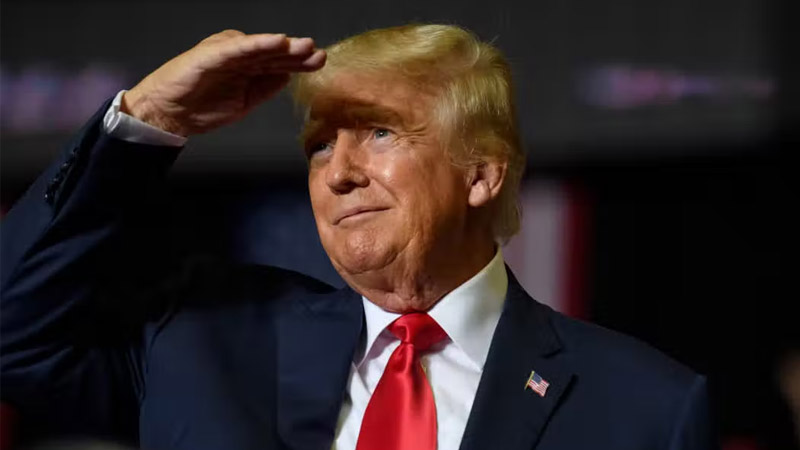 Former President Donald Trump took to Truth Social on Sunday night to complain about the FBI’s raid on Mar-a-Lago, accusing agents of not taking off their shoes when searching his bedroom.

According to Insider, Trump had previously stated that he would “soon be heading” to Mar-a-Lago. He said he wanted to see “the unnecessary ransacking of rooms and other areas of the house,” adding that he felt “totally violated.”

Several hours later, Trump announced that he had arrived at his Florida home and had “had a long and detailed chance” to look around. In his post, he claimed that the FBI’s lawful search of his property violated his Fourth Amendment rights, lamenting that his home would “never be the same.”

“It was ‘ransacked,’ and in far different condition than the way I left it,” Trump wrote on Truth Social. “Many Agents – And they didn’t even take off their shoes in my bedroom. Nice!!!”

Trump has previously expressed anger with the FBI agents who searched through his personal items. Trump claimed in August that investigators left former first lady Melania Trump’s closet in a “mess” after the search. He also claimed that the investigators went through his son Barron’s room.

Trump claimed earlier this month that the FBI made him look sloppy by intentionally scattering documents on the ground to photograph them during the Mar-a-Lago raid. This came after the Department of Justice released a photo of classified documents strewn all over a carpet.

“They took them out of cartons and spread them around on the carpet, making it look like a big ‘find’ for them,” he wrote on Truth Social. “They dropped them, not me — Very deceiving…” he added.

“Perhaps pretending it was me that did it!” Trump added in a separate post the same day.

During the Mar-a-Lago search, the FBI seized 11 sets of classified documents, some of which were marked “top secret” and may have been handled with nuclear weapons. The Justice Department is investigating whether Trump violated any of three federal laws, including the Espionage Act, by keeping the documents at his Florida home.