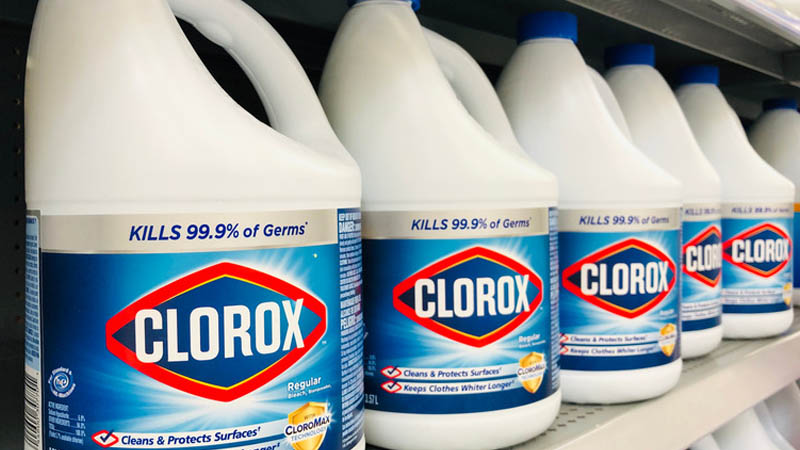 In our homes, many of us frequently use bleach. It has been a well-liked cleaning solution for years because of its several functions, which include disinfecting reasons and maintaining clean, bright-looking linens. Bleach usage is not risk-free, though.

According to VitalOxide, the active disinfectant found in ordinary household bleach is sodium hypochlorite. Similar to how bleach itself contains calcium hypochlorite, bleach substitutes might also contain hydrogen peroxide or other similar chemicals. Calcium hypochlorite is also sold as a powder.

No matter how common it may be, you might be better off without it. According to Compact Appliance, there may be more disadvantages than advantages. In truth, there are substitutes available that can accomplish the same task as bleach, if not better, without the corresponding hazards. Learn why you should avoid using bleach in your house and what you may use in its place by continuing to read.

According to Advanced Vapor Technologies, using bleach at home involves a variety of dangers that are simple to overlook. These include using bleach incorrectly, such as by not diluting it properly with water before use.

Additionally, bleach can react with other household products that contain ammonia or acids to produce other toxic compounds that you definitely don’t want around your house. If you have kids or pets around, accidental bleach ingestion should be taken seriously. Are you willing to take these risks? It could be preferable to use alternatives.

Additionally, bleach may harm lung cells, cause inflammation, and make people more prone to infections, according to Medical Daily. Additionally, they stress that the constant use of bleach in homes may raise public health issues.

Sometimes it could seem like the only solution is bleach, am I right? The American Lung Association disagrees, though. They advise sticking to soap and warm water at home because it gets the job done just fine. They also suggest using vinegar and water mixed with baking soda as a glass cleaner and baking soda for scrubbing.

Beyond Toxics suggests washing soda, borax, or white vinegar for whitening garments as alternatives to bleach if you’d prefer something a little stronger.

Additionally, they advise making your own home bleach substitute using a recipe that includes liquid soap, glycerin, water, borax, lemon juice, and a few drops of your preferred essential oil. We think this is a brilliant idea because, by making it at home, you know exactly what’s going into it, making it safe to use and giving you peace of mind along with a clean space.

10 ways to save Money on Monthly home Expenses During Quarantine