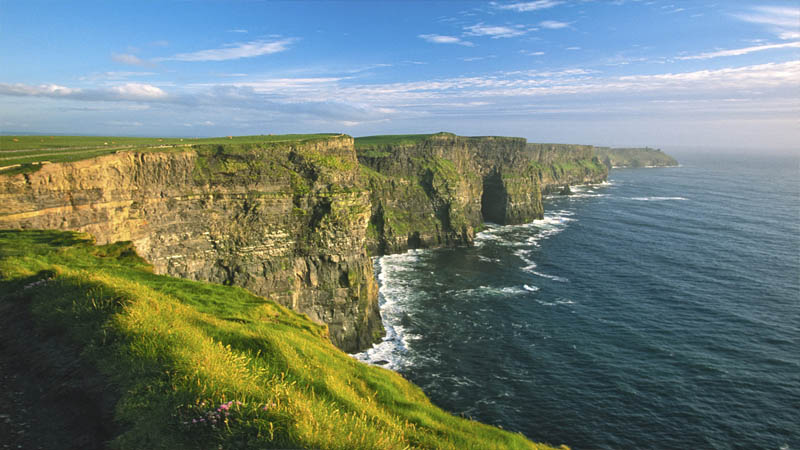 The popular TV series Game of Thrones is famous for its beautiful locations, from the cities to the icy plains of the north. Most of the filming takes place in a studio in Belfast, and the rest is taken at different outdoor filming locations in Northern Ireland, Iceland, Croatia, Scotland and Morocco.

This list contains some of the beautiful locations that were used by the production, and how they featured on the show

Astapor, as you might recall, is where Daenerys Targaryen got her army of the unsullied soldiers. The city that was used as Astapor is the beautiful coastal town of Essaouira, Morocco. A city of 70,000 residents, surrounded by walls, which is also a UNESCO world heritage site

The fortified city of Aït Benhaddou is located in a hill, about 100 km (62 miles) southeast of Marrakech. The city, a UNESCO World Heritage Site, has already featured in many movies including the Mummy, Gladiator, Alexander, Babel, Prince of Persia, Babel and many more.

So it wasn’t a big surprised it was chosen by the Game of Thrones production crew. The city was used as both the city of Yunkai and the city of Pentos, during the Daenerys Targaryen’s journey

The small harbor of Ballintoy, a beautiful fishing village in County Antrim, Northern Ireland, was used as the the port of Pyke in the Iron Islands, and is seen when Theon Greyjoy returns home to his father in the Iron Islands (and when he departs again)

Doune Castle was used as Winterfell in the first episode of Game of Thrones. It was later replaced by Castle Ward estate in Northern Ireland, south of Belfast. However, the impressive towers of Winterfell were computer generated, so don’t waste your time looking for them.

Back to Doune Castle, it was first built as early as the 13th century, and featured not just in Game of Thrones, but much earlier than that – in Monty Python and the Holy Grail!

The arch is 28 meters (92 ft) high and was created after two limestone caves collapsed by the sea erosion. Rock parts still fall from under the arch, which according to experts might collapse altogether within a few years. Many tourists enjoy swimming and scuba diving around the arch

Back to Dubrovnik, the Minceta Tower which is part of the city’s famous walls. It featured on the show like the House of the Undying where Daenerys goes to rescue her dragons

Thingvellir is located in southwestern Iceland. It is a UNESCO World Heritage Site with historical, cultural and geological importance. The Mid-Atlantic Ridge passes right through Thingvellir and separates the Eurasian Plate and North American Plate – which basically means that one part of Thingvellir is located in America while the other in Europe. It is also the place of the oldest parliament of the world

What better place to shoot icy scenes than Iceland? Vatnajökull is Europe’s largest glacier and its vast  endless ice plains are the perfect location for all “North of the wall” scenes

09. The Dark Hedges, Northern Ireland – The road from King’s Landing

The Dark Hedges is a long beautiful avenue of Beech trees that were planted by a family in the 18th century. The avenue is one of the most photographed natural phenomena in Northern Ireland, visited by many tourists all year round. It’s no wonder that this road was chosen by the Game of Thrones production as the road leading to and from King’s Landing

Whenever you see in the show the beautiful city of King’s Landing, you’re actually looking at Dubrovnik, Croatia. The walls of the city featured in the battle of Blackwater. The small narrow streets were used in some other scenes, and the orange roofs appear often as well.

There is even Game of Thrones tours available for tourists in the city. Dubrovnik itself is famous for its walls and considered as one of the most beautiful walled cities in the world.