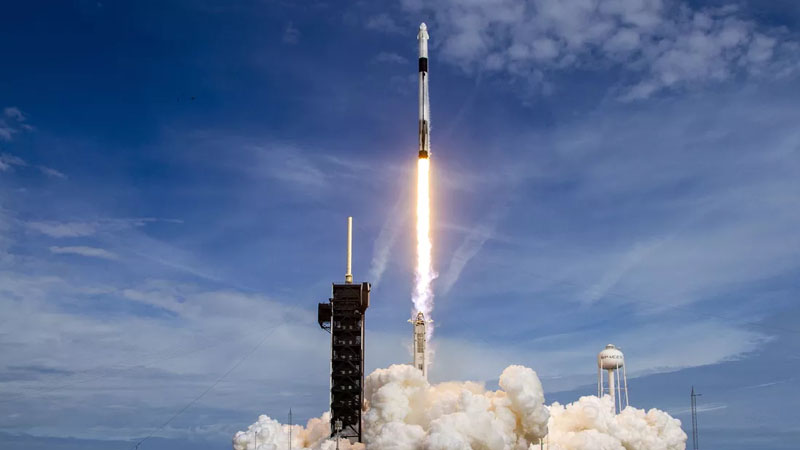 When is the launch, and how can I watch it?

On Saturday, for the first time since the retirement of the space shuttles in July 2011, NASA astronauts are scheduled to blast off from American soil on an American rocket to the International Space Station. In contrast to astronaut launches in the past when NASA ran the show, this time a private company, SpaceX, will be in charge of mission control. The company, founded by Elon Musk, built the Falcon 9 rocket and the capsule, Crew Dragon, which the two astronauts will travel in.

The mission is scheduled to lift off at 3:22 p.m. Eastern time from the Kennedy Space Center in Florida. Coverage of the launch on NASA Television will begin at 11 a.m. The Times will provide live video of the launch.

The first attempt to launch, on Wednesday, was called off about 15 minutes before it was to occur because the weather wasn’t playing nice. SpaceX’s launch directors deemed the risk of lightning and other weather hazards too high to allow the astronauts to lift off safely.

The weather officers said that they expected conditions to clear up about 10 minutes after the scheduled launch time. But in order for the capsule to catch the space station at the right moment the next day, the launch had to go off at the precise time of 4:33 p.m. Eastern time.

Lifting off in bad weather can be catastrophic to rockets. During the countdown, about 10 members of the 45th Weather Squadron, part of the United States Space Force, keep a close eye on conditions to see if they fall within predetermined launch criteria. If the weather conditions violate the criteria, SpaceX’s launch director will call off the launch.

The launch has to occur at a precise moment to allow the Crew Dragon to meet up with the space station, and there is no leeway for delays.

For the safety of the crew, the launch team also has to consider weather and ocean conditions just off the coast, where the capsule would splash down if there were an emergency on the launchpad or farther away in the Atlantic if a problem occurred on the way to orbit.

Who is blasting off?

The astronauts are Robert L. Behnken and Douglas G. Hurley, who have been friends and colleagues since both were selected by NASA to be astronauts in 2000.

They both have backgrounds as military test pilots and have each flown twice previously on space shuttle missions, although this is the first time they have worked together on a mission. Mr. Hurley flew on the space shuttle’s final mission in 2011.

In 2015, they were among the astronauts chosen to work with Boeing and SpaceX on the commercial space vehicles that the companies were developing. In 2018, they were assigned to the first SpaceX flight.

What are they flying in?

SpaceX has never taken people to space before. Its Crew Dragon is a gumdrop-shaped capsule — an upgraded version of SpaceX’s original Dragon capsule, which has been used many times to carry cargo, but not people, to the space station.

Crew Dragon has space for up to seven people but will have only four seats for NASA missions. If this launch succeeds, it will ferry four astronauts to the space station later in the year.

When will the astronauts arrive at the space station?

The Crew Dragon is scheduled to arrive at the International Space Station 19 hours after launch on Sunday, at about 10:30 a.m. Eastern time. During their trip, the astronauts will test to test how the spacecraft flies and verify that the systems are performing as designed. Unless something goes wrong, the Crew Dragon’s computers usually handle all of the maneuvering and docking procedures.