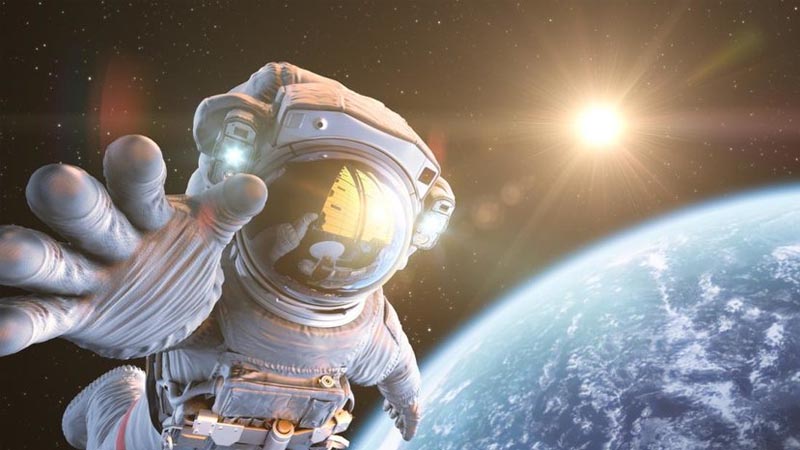 Still stuck at home because of the COVID-19 pandemic? Here’s how to get through isolation, from someone who basically lives through it as part of his job: an astronaut.

For reasons more than one, no one knows and understands what it’s like to go through isolation the way an astronaut does since it’s basically a part of their job. Confined in a spacecraft up in space, astronauts basically spend months on end doing the same things over and over with only a few other astronauts to keep them company, hundreds of thousands of miles away from the nearest park, mall or McDonald’s.

As such, veteran NASA astronaut Michael Lopez-Alegria said that some of the aspects of space isolation isn’t so unlike from what we’re experiencing here at home, with sometimes the only difference is that we’re not wearing a spacesuit.

Now, one such feeling we’re all too familiar with during the quarantine that Lopez-Alegria experiences too is loneliness as well as missing loved ones. According to him, he deals with it by constantly communicating with them.

“We actually had a telephone where we could call pretty much anybody on Earth. Most any time during the day, we were in constant communication with the mission control team in Houston,” he said.

As for daydreaming whenever he’s bored, Lopez-Alegria said that it’s basically the same as Earth. “Where your mind wanders is not terribly different from where it wanders when you have a moment like that on Earth. It’s whatever’s on your mind, whether that’s your family, your work, or the Red Sox,” he added.

However, he also said that what’s different (save for the schedules that they have to follow) is that when you sign up as an astronaut, you know when it ends, which is a luxury that we simply can’t afford at the moment.

You have an end date. You know that on such and such a day, you’re going to de-orbit and come back to Earth. That’s what’s hard about this particular situation, because we don’t have a hard end date, and even when our current phase ends, life certainly won’t go back to normal right away,” he said, stating that the pandemic’s current uncertainty is the source of our anxiety and fear.

As much as he enjoys being in space, however, he doesn’t want to do it forever and wants to go home to normalcy one day. Hopefully, the same can be said for us soon.

Do you smell bad? know how to kill Bad Body Odor?

Explore The Glamorous World Of Sydney

The Most Remote Travel Destinations on the Planet

The Top 5 Travel Destinations of 2018