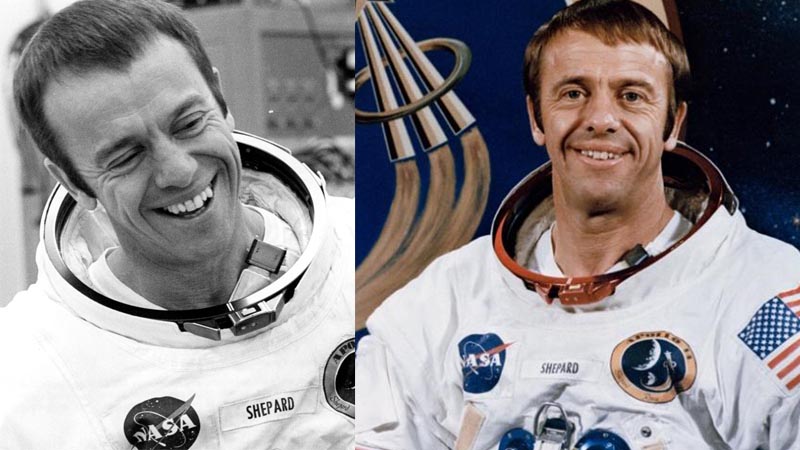 What makes for a good golf swing? I have very little idea. I’ve seen good golf swings, but as long as I get a smooth and fluid motion combined with a rapidly ungrounded golf ball, as far as I’m concerned it was probably good. Perhaps even excellent. As an observer, I’m ripe for golf fraud.

I am reasonably confident, however, that no good golf swing can ever manifest from someone wearing a space suit. NASA’s space suits are many things — the A7L was a wonderfully engineered, meteoroid-resistant, radiation-shielded beauty — but it was not, despite what I can only presume were everyone’s best efforts, particularly graceful.

On Feb. 6, 1971, Alan Shepard took three swings to hit two golf balls a combined 250 yards or so. This would not be a feat worth mentioning but for the fact that he did so one-handed, wearing one of the aforementioned A7Ls, while standing on the moon.

It is theoretically possible to hit a golf ball a long, long way on the moon. Lunar gravity is about 16 percent as strong as Earth’s, so a good drive might actually go a mile or two. Shepard’s distance record of 200 yards or so (achieved on his third and final shot) will be shattered shortly after the lunar surface is domesticated and driving-ranged. Lunarian golfers will presumably be adept enough not to take more regolith than ball.

Shepard, who was apparently an avid golfer when earthbound, hit these shots as something of a goof. Apollo astronauts were allowed to take a handful of personal items down to the lunar surface, as long as they were cleared by authorities, and Shepard wheedled his way into being allowed to lug a couple of golf balls and a custom 6-iron head* into orbit and then to the Fra Mauro highlands. His justification was that this was a form of ‘scientific outreach’. True fact: if anyone ever says they’re doing something for ‘outreach’, they mean ‘because I want to and I think it will be fun’.

*This was then attached to a lunar soil sampler for the swings.

“Exploration” has, deservedly, taken on more negative undertones in recent years, as the heroic Age of Exploration has been exposed as rather more piratical than the myth-making might have you believe (possibly this is true of all myth-making). But there are two great eras of exploration which remain un-sullied by any notion of exploitation — the polar expeditions and the race to the moon. Even with the backdrop of cold-war genital waving, the Apollo missions represent one of humanity’s most profound achievements.

The moon hasn’t been explored per se, but if and when we go back there it will no longer be with exploration in mind. The next aim is domestication. Before long, humans will try to tame the lunar environment to be something more like home, and given our resources and ingenuity, we’ll probably manage it. Once we’ve managed it, I suspect, we’ll proceed to screw everything up, but this is in the finest tradition of our species and probably not something to worry about.

One might describe Shepard’s golf trip as the first step towards domestication. Golf’s solo nature lends itself to extraterrestrial import, but more important than the play itself is everything required to make that play happen. You can, if you like, call golf a battle between person and nature, a scrap between golfer and wind and grass and gravity — but this misses the fundamental point that golf courses are some of the most unnatural places on the entire planet.

Golf is an expression of mastery, of a hostile world rendered submissive. Those verdant greens and carefully placed trees invoke a nature that’s been twisted into parody for our own amusement. Humans have been fighting against the rest of the world since the dawn of our species (and been rather too successful, might I add), and golf is perhaps the most brutal expression of our need to tame the environment.

In that light, Shepard’s outing, those two-and-a-bit graceless shots in the lunar highlands, represent the first, and so far only, attempt to terraform the moon. Assuming we make it that far, in 1,000 years time his teeing ground will be the site of a mediocre golf course, whose clubhouse will contain row after row of mugs bearing Shepard’s face, grinning down en masse at the slow trickle of bewildered tourists.