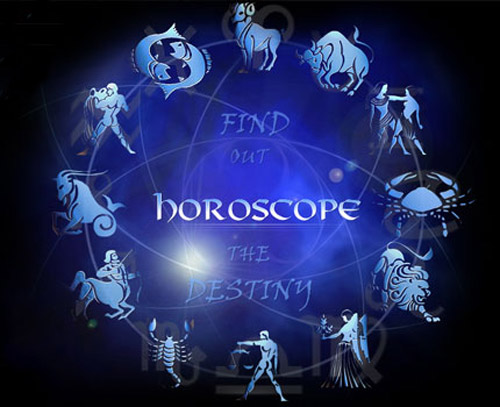 You’ve reached a point in your professional year when it’s time to start getting your ducks in a row, ready to make the final months count but also, premature as it might seem, to start lining up for 2015. You will always experience a professional surge in the later and early weeks of each year, with the Sun always returning to your Business sector just before Christmas, then spending the first 3 weeks of each year here, with Venus and Mercury not far away. You even moved into 2014 with Venus just part way through a 4 month visit, her longest in over 200 years. Yet the professional gods aren’t hanging around for a late run, with Mars’ return to your Business sector later next week the point when the push begins this year. Make the most of this slower pace, for it’s not going to last.

Having endured three very tough oppositions last week the Sun and Venus are not only moving into this new week with a new sense of determination and a lot less challenges, but over the weekend they picked up some game changing support. It was over the weekend that Mercury, who had left your work sector late last month, retrograded back in for a double dip visit, not only bringing his intellectual savvy back into play, but 20/20 hindsight.

You’ll also begin the week with the Moon in your income sector, ensuring that you have a nose for money as you move into what is the Sun and Venus’ last full week in your work sector. With your eyes open, head and heart on the same page, a mix of hindsight, foresight and intellectual savvy you’re able to take advantage of the old and new doors open.

When Mercury retrograded back out of your work sector over the weekend he put things on hold, but in a way that has bought you some valuable time to consider your options and time back the drawing board, along with the ideas and 20/20 hindsight the 6 days he spent in retrograde motion there left you with. With the Sun and Venus both not only returning to your work sector next week but a solar eclipse just hours after they arrive, once things start to move there’ll be no slowing things down. When Mercury returned to your work sector late last month he teamed up with forces that have been working behind the scenes for almost 2 years, bringing the news that it’s time to bring things home. That push has been put on hold, but not before gaining a sense of what the next stage will bring.

After last week’s total lunar eclipse in your Business sector and the work/life balance tensions and challenges that came to a head during a series of three oppositions, what you want and most probably feel you need is a chance to let things settle. That would be nice however it’s unlikely to be your reality, for with Mars due to leave your work sector at the end of next week you’re moving into two of the busiest weeks of the year. Yet in the same way that just hours after Mars returned to your work sector 4 weeks earlier the Moon moved into opposition in an intuitive and imaginative part of your chart, the same happens as you move into this vitally important final 2 weeks. This may put the brakes on and even create a case of Mondayitis, but it’s a call to pace yourself and to work smarter.

As you move into the new week you’re doing so with the benefit of the Moon having just left your Business sector less than 24 hours earlier, ensuring your professional instincts are sharp from the get go. Because the Moon spent the weekend in your Business sector, this has given you a chance to look at the big picture and also revisit the professional desires and expectations banked over recent months. Continue to process the valuable clues, hunches and insights this has left you with, for with Mars returning to your work sector at the end of next week things are about to get a lot busier, when you begin what is an early push to bring this working year home. It’s now, while you do have time to mull over your options that you need to seize the opportunity, letting your imagination wander.

Moving into the week with the Moon in your Business sector is always going to be an advantage, ensuring your professional instincts are sharp, you have your finger on the pulse and ear to the ground from the get go. Yet coming just as Mercury is spending his first week back in your income sector and the Sun and Venus are spending their last full week here, this will ensure you’re professionally engaged in what is an important week for income matters. Coming from last week’s lunar eclipse and a fairly tense week for financial matters and tensions, a new sense of determination was already brewing before your professional instincts kicked in. With the real push to bring this professional year home not beginning until December it’s more about the money and trusting your professional instincts.

It was the time Mercury spent in retrograde motion in your income sector last week that gave you a chance to get a better sense of a retrospective focus on work matters as well. When Mercury retrograded out of your income sector over the weekend this brought to an end a short 6 day period where, for a brief window of time, the doors were open to the past and to 20/20 hindsight on the income and work fronts at the same time. While your income focus has shifted and new opportunities will begin opening up from next week, the only planets in either of your professional houses remain in retrograde motion. With Neptune and Chiron in their final weeks in retrograde motion in your work sector there are signs the tide is about to turn, with a need to learn what you can from the past first.

While lucky Jupiter took a background role, playing support for last week’s lunar eclipse in your work sector and for Mars as he continues to take a sledgehammer to any glass ceilings, the Moon’s return to your Business sector will put him back in the limelight again this week. The Moon only left your work sector last Friday, so chances are you’re still processing, making sense of and gaining clues to what this may have triggered, making it important to keep your work hat on as you move into the new week. You’ll have a chance to focus on the big picture when the Moon returns to your Business sector on Thursday, sharpening your professional instincts as Mars moves into his final 10 days in your Business sector. On the income, work and Business fronts this is still very much a work in progress.

While this is a fairly low key professional week, with the focus more on keeping the momentum going, while paying attention to the things that excite you, your passions and fighting spirit, it’s in the early hours of the week that your instincts will be especially perceptive. As you move into the new week you’re processing the valuable clues, hunches and insights the Moon’s visit to your work sector late last week and over the weekend left you with. As the Moon’s last visit before new doors open on the income front later next week, keep your finger on the pulse and ear to the ground when it comes to work matters. Meanwhile the Moon’s return to your Business sector over the weekend will allow you to do the same at the other end of the week, this time in order to get an overall perspective.

While you can expect a much better week this week you’re still likely to be experiencing the aftermath, with work/life balance tension still likely to be a reality though already easing back, especially in the early days of the week. However, it was over the weekend that you’re likely to have experienced a mental shift or a seminal moment, one that could already be changing the way you look at things. While the Sun and Venus, in their last full week in your Business sector are looking to the future, when Mercury retrograded back in over the weekend he not only brought his intellectual savvy back into play, but 20/20 hindsight. With one eye on the rear view mirror and another on the road ahead you’ll have a better sense of where you’ve been and where you’re going.

When Mercury retrograded back out of your Business sector over the weekend it may have appeared to be a false start, but in reality this has provided a valuable chance to plant seeds, get ideas on the table and now spend time back at the drawing board. It’s the intellectual savvy and 20/20 hindsight Mercury left you with that allows you to take a second look at your overall professional objectives, especially as when the Sun and Venus return to your Business sector next week it will kick off the most important 2 months of not only this professional year, but in decades. While Saturn prepares for his home run and Ceres continues to work on define your definition of success, you’ve got a valuable chance to reflect, but also to get your ducks in a row before things take off in earnest, next week.

While there may still be some financial tension in the air after last week’s lunar eclipse and thanks to the Moon’s position in your home and family sector in the early days of the week some work/life balance tension, it won’t be long before you’re flying. With Mars now in his final weeks in your Business sector having the right work/life balance will ensure you’re working smarter. By the time the Moon returns to your work sector on Thursday Mars will be in his final 10 days in your Business sector and with your instincts sharp, imagination, engaged, lucky hunches and your passions and fighting spirit fuelled, you’ll be ready to make things happen. Yet don’t buy into a false sense of urgency that says things have to be accomplished now, for you have more time than you realise.

Body believed to be of Missing actress Misty Upham