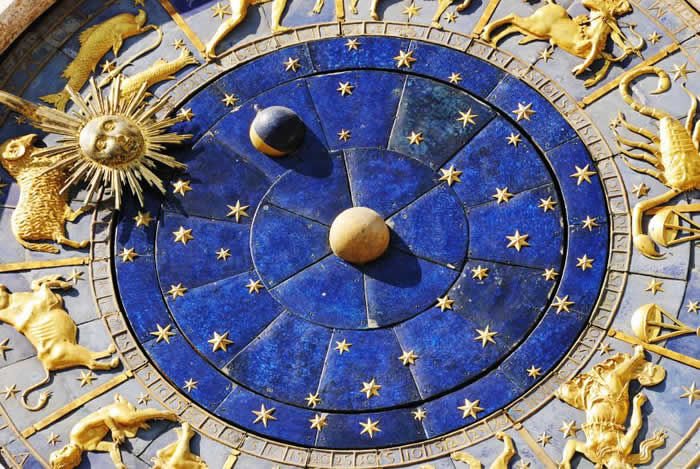 Glow on! Charming, radiant Venus makes her annual visit to Aquarius from Tuesday through March 12, blessing you with major magnetism. Although you’ll be quite desirable, you won’t be in a rush to settle down. Not unless you KNOW that you’ve found someone who can hold your interest for more than say, a week. That might take some “field research,” Aquarius, so post that profile and let the games begin. If you’re already spoken for, give yourself a longer leash — not for cheating, but for exploring your autonomous interests. A little distance won’t divide; it will create the oxygen needed to keep the flames burning bright.

Fairy-tale romance, anyone? On Tuesday, Venus slips into your fantasy-fueled 12th house until March 12. When it comes to love, you’ll gladly rock the rose-colored glasses, which might help would-be suitors crack past your defenses. You might even meet The One on the dance floor or while you’re flipping through analog discs at the record store. (Music is the glue!) But don’t throw good sense out the window after dropping your guard. Run the background checks on your would-be bae and remember that time will tell all. Attached? Now is the time to slip off for a sweet escape. A few nights at a remote cottage or a beachside cabaña is just what the love doctor ordered. Some old fears could be stirred, but diplomatic Venus helps you discuss them lovingly and proactively. Don’t sweep them under the rug. Dealing means healing.

Just friends…or a little something extra? On Tuesday, lines could blur as Venus moves into your friendly 11th house until March 12. Overall, Aries, your approach to love will be a lot more playful — and experimental. (Throupling? Open relationships? Yeah, maybe.) Regardless of how you swing it, your sense of humor is the most powerful tool in your amorous arsenal now. If you don’t have them at hello, your witty one-liners will make ’em swoon. Get out and mingle without an agenda. A friend of a friend or a “random stranger” you meet at a club or festival could turn out to be more than just a passing attraction. Digital dating brings some promising options, too. If you’re already spoken for, socializing as a couple helps to seal your bond.

Who says business and pleasure can’t mix? With charming Venus (your cosmic ruler) moving into your ambitious 10th house from Tuesday until March 12, socializing strategically is an essential component of your world-domination plan. It really is “all about who you know” for the next three weeks. Get in the good graces of the influencers and VIPs at work — and create a safe wedge away from the office complainers and gossips. Venus is the celestial stylista: Gloss up your professional presentation with a few wardrobe upgrades, a sleek LinkedIn profile photo, and maybe the help of a graphic designer. P.S.: You could find love through a work function over the next three weeks, but be careful not to blur the wrong lines.

Keep your ears perked for intriguing accents. This Tuesday, love planet Venus cruises into Aquarius and your worldly ninth house until March 12. An expat visiting your town could turn into a sexy pre-spring fling. (Is that a groundhog head peeking up or is he just happy to meet you? #sorrynotsorry) If you’re vacationing over the coming three weeks, your sojourn could bring a seductive surprise. Coupled Geminis, start pricing out Airbnbs and beach cabañas — in Tulum, Ochos Rios, or maybe Australia’s Gold Coast. A getaway for two is just what the love doctor ordered now — and can make up for any hurt feelings lingering after last week’s intense and oversensitive Valentine’s Day vibes.

Did Cupid fail to hit a high note last week? Fear not, Cancer. This Tuesday, Venus — the planet of amour — slinks through Aquarius and your erotic eighth house. You’ll be in your sexiest element with Venus here until March 12. And with that enchanting mystique, you’ll draw admirers to you like a moth to a flame. But it’s all about rolling in the deep for you now; superficial types need not apply. You could go gaga for the enigmatic artist or the suited-up power player who owns every room. A few cat-and-mouse games can stir up the intrigue — just don’t be TOO hard to get. Already involved? Staying in is sexy, so keep some open spots on the calendar for “just the two of us.” Your bond could become more exclusive over the next three weeks, too. Think: apartment hunting, ring shopping, or meeting the parents.

Are you feeling the power of your purr? Love planet Venus cruises into Aquarius and your seventh house of committed relationships from Tuesday until March 12, and you’ll be in the mood for love once again. You could magnetize “the marrying kind” over the next few weeks — or at least someone you see sticking around through the summer. Already involved? Your relationship will deepen under this Venus spell, but not if you roll along on autopilot. Fill your shared calendar with fun social plans (think: an epic night of dancing with mutual friends or a co-hosted party), cultural activities, and creative projects that play to both of your talents.

After a week of distributing Valentines, gorging on chocolate fondue, tending to friends’ broken hearts, and hearing their romantic escapades, you are ready to focus on just one person: you. Fortunately, this Tuesday, radiant Venus cruises into Aquarius and your sixth house of healthy living, making self-love the order of the day. Between now and March 12, what will it take to restore your lit-from-within glow — or just crank it up even higher? Forget about fixating on makeup and hair; just get your body moving. Those sexy endorphins you get from a post-workout rush will have you beaming. Pile your plate high with clean, green food, too. You are what you eat. That’s the TRUE beauty secret for any woman.

Oh, you pretty thing! This Tuesday, radiant Venus — your ruling planet — sashays into Aquarius and your passionate, glamorous fifth house until March 12. Venus makes you feel radiant and gorgeous. Admirers come out of the woodwork as an early case of spring fever strikes. Baby fever, too! So if you’re ready to rock the cradle, make the most of this fertile phase. Under Venus’ creative guidance, you could also give birth, figuratively speaking, to an artistic brainchild. Get thee to the bedroom…or the studio! And keep the selfie stick handy. This Venus cycle can vault you to celebrity status, so don’t be shy about posting pics and promoting your talents. The camera loves you, Libra.

Does your home feel like a proper sanctuary, Scorpio? This Tuesday, aesthetic Venus decamps to Aquarius and your domestic fourth house until March 12. You’ve likely been feathering your nest in earnest over the past few weeks. Keep on adding those soulful and creative touches. Spring for a silky sheet set and sumptuous bath products. Invest in a great portable, Bluetooth speaker so you can pipe your playlist into your bedroom and as background ambience during your long soaks in the tub. Your GFs will be your everything for the next few weeks, too. Reconnect with your girls, particularly the ones who share your sense of creative wonder and adventure. You never know: with Venus here, they might wind up playing matchmaker and connecting you to a sultry springtime sweetheart.

Swipe right. Now do it again. Variety is the spice of your love life as amorous Venus heads into Aquarius and your ultra-flirty third house for three weeks. As the zodiac’s official bachelorette sign, you’ll have fun handing out a few roses. But hang on to that final bloom, because this is the time for sampling options instead of settling on a favorite dish. Someone from the friend zone could actually show romantic promise or you could simply add a benefits package to the friendship. If you’re coupled, bring some diversity to your date-planning. You’ve done enough rounds at “the usual places.” Bring on the road trips, overnight jaunts and cultural events like concerts, couples’ workshops and bourbon tastings.

Set your Spotify to the slow-jam station. Venus switches signs on Tuesday, leaving Capricorn and heading into Aquarius until March 12. You’ll enjoy this sensual energy, even if it means moving at a more plodding pace. Flirting is an art form; seduction, too — especially if you draw things out a bit. And good news! Instead of the heartbreaking bad boys, you’ll be attracted to the “nice guys” now. If you’re already attached, make more time to just chill together. Analog encounters help you truly connect, so lock down cell phones when you’re out together and look into each other’s eyes instead of at your screens. Talks could turn to finances, too, and how to better utilize the funds you have between you. With decadent Venus here, you might go in with your sweetie on a luxe purchase.

‘The Revenant’ and Leonardo DiCaprio are Winners at BAFTA Awards