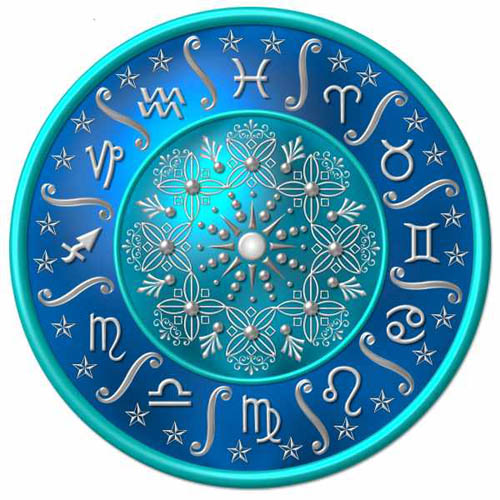 It’s less a case that even at this time of year the professional gods don’t sleep and more a case of especially at this time of year. The Sun will always spend Christmas, New Year and the first 3 weeks of every year in your Business sector, so in some form or other having your professional hat on over the holiday period is so normal for you that you don’t know anything else, but even by those standards there’s a sense of urgency in the air this year. With Mars been and gone and Venus and Mercury both leaving in the very early days of the New Year, when the Sun and Moon return on Monday and trigger a New Moon, this is likely to bring a real call to action. This is less about bringing this professional year home and more about getting a jump on your 2015 professional year.

With Mars spending his first Christmas in your Business sector since 1999 balancing Christmas week with a need to keep your professional hat on was always going to be a challenge, especially as this is a rare opportunity to get a jump on your new professional year before it begins. That challenge becomes even harder to manage when the Moon not only returns to your Business sector on Christmas Day but aligns with Mars on Christmas Day. With your professional instincts, passions and fighting spirit aligning at the one time of year when you should have your professional hat off could be a blessing in disguise. Instead of aligning on an ordinary Thursday in an ordinary week the message this brings will stand out so much they’ll be impossible to miss. There’s a lot to get excited about.

To start with, apart from a sense of urgency on the work front and a drive to get as much accomplished before Christmas as possible it will seem like business as usual. Whether your working year has already ended, it’s in its final days or you’re working through, moving into Christmas with your professional hat on is a must, ready to put everything you have into everything you do. What you’re experiencing in the early days of the week is one last push to make Saturn’s final days in your work sector count, for due to leave on Christmas Eve, for the first time since 2011 you’ll have a chance to take your work hat off over the holiday period. While things will continue to tick over on the Business front the next big push won’t come until the New Year. Make the early days of the week count.

Despite the fact that Uranus’ direct turn in your Business sector on Monday will see the professional tide turn, he was never going to be in any kind of hurry and with the Sun and Moon both leaving your work sector on Monday it seems that you really might have a chance to take your work hat off over the holiday period. Alas that’s not to be the case, but in a way that is not as arduous as it sounds. It’s in the early days of the week, after the Sun and Moon leave and before Saturn returns on Christmas Eve that you’ll have a chance to step back, let things settle and spend some time redefining your priorities before everything changes. It’s Saturn’s return on Christmas Eve, just 2 days after Uranus turned direct in your Business sector that brings the power to move mountains if you have to.

Keeping your work hat on over Christmas and the holiday period has always and will always be your reality, thanks to the Sun’s return to your work sector just before Christmas each year. However, when the Sun not only returns to your work sector on Monday but brings the Moon with him there’s likely to be a sense of urgency. This year you had until March to get your new professional year off the ground, but as the Sun and Moon align to form Monday’s New Moon there’s likely to be a push to not only wrap up this year but to get a jump on your objectives for next year. This is the last New Moon in your work sector until 2016 and with Venus and Mercury leaving in the very early days of the New Year, the time to make a commitment to the future and your work objectives for 2015 is now.

While occasionally you’ll need to keep your work hat on over Christmas, especially if Venus or Mercury return ahead of the Sun’s return each January, this is more a chance to start exploring ideas and options, looking ahead to what you want from your new professional year before it begins. This year you’ll not only need to keep your work hat on over Christmas but in a much more proactive way, with Mars spending his first Christmas in your work sector since 1999. Any thoughts that you might be able to slip your work hat off will be dashed when the Moon not only returns to your work sector on Christmas Eve but aligns with Mars on Christmas Day. Yet it’s because this will be no ordinary Thursday that is going to make it easier to hear what is inspiring your passions and your imagination.

While there is still a lot of focus on income matters in the early days of the week this is more about cementing your expectations before Saturn leaves your income sector on Christmas Eve, with the professional gods in no hurry at all. In fact, they’re asking that you take a hands off and a wait and see approach, especially over the weekend when the Moon returns for one last visit to your work sector for the year and before Mars returns in the New Year. It’s Mars’ return to your work sector on the 12th January that will not only kick off your 2015 professional year and get work matters moving again, but will break the spell of a lull that has been in place for several months now. When Mars returns things are going to get very busy, with a need for some quality downtime over the holidays.

While lucky Jupiter, who turned retrograde in your Business sector earlier in the month, will remain in retrograde motion until April Uranus, in retrograde motion in your work sector since July turns direct on Monday, turning the tide on the work front and the stranglehold the past has had on things. With both Uranus and Jupiter in retrograde motion, all your professional focus was on the rear view mirror and while work matters won’t gain any real traction until February, it at least means you now have one eye on the road ahead. Uranus will turn direct just 17 minutes before the Sun is due to leave your income sector and less than 3 hours before the Moon leaves and with so much developing on the income front, as the tide turns on the work front it will reveal options you didn’t have before.

It seems that the professional gods have already gone on vacation, for they’re happy for you to spend Christmas week anyway you want or need to, handing the floor over to the money gods instead. With 2015 destined to become one of your biggest and most opportune professional years in over a decade and the Moon due to not only return to your work sector next week but will be here as you move into the New Year, you can afford to take a wait and see approach. Instead, with a New Moon in your income sector on Monday and the money gods already working to cement your objectives for 2015, it’s the money gods that need your attention. With no planetary or lunar activity in either of your professional houses this week the professional gods are happy for you to keep your professional hat off.

Having the North Node in your Business sector is an insurance policy against your professional life going off the rails, providing a gravitational force that makes simply trusting and going with the natural currents enough. This means that when, how and to what degree you take your professional hat off over the holiday period is up to you, knowing that so long as you keep your finger on the pulse and ear to the ground you won’t lose your edge. This advantage comes with a price and that price is ensuring you maintain the right work/life balance, the importance of which you’ve learned the hard way in the past. With Mars spending his first Christmas in your income sector since 1999 there is likely to be a push to keep your money hat on, but the professional gods are unwilling to take the bait.

If you move into Christmas week feeling spent, that you’ve given this professional year all that you have and there is nothing more to give then you’re where you need to be. With Saturn leaving your Business sector on Christmas Eve and bringing a massive learning curve that began in 2012 home, in order to have been fully engaged and to have learned and accomplished all that you could, you will have nothing left to give. With Saturn having spent the last two Christmas’ in your Business sector, having him here as you move into Christmas Eve is likely to bring a sense that this is going to be your reality this year. Leaving at the 11th Hour you’ll finally have a chance to take your professional hat off over Christmas, but not before first putting everything you have into everything you do.

Chances are there’ll be a glimmer of hope, as the Sun and Moon leave your Business sector on Monday, that you’ll have a chance to take your professional hat off over the holiday period. However, with lucky Jupiter spending his first Christmas in your work sector in 12 years that was never going to be completely your reality and definitely won’t be when Saturn returns on Christmas Eve, where he’ll spend his first Christmas since 1987. This gives you less than 48 hours between the end of the annual review of your Business options that takes place in November/December each year and the start of your biggest professional chapter in decades, one that extends out to December 2017. With the tide turning on the income front this week as well something big is unfolding, but with little urgency.