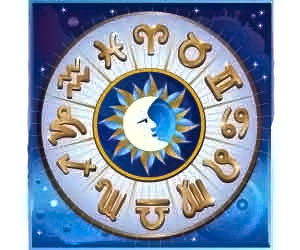 Because the Moon only left your work sector on Sunday, wrapping up his only visit while Venus is here your instincts are still sharp and the clues and hunches this evoked are still clear, making it important to move into the new week with your finger on the pulse and your ear to the ground. Venus won’t leave your work sector until the 29th October, giving you another 2 weeks to get things up to speed, but it’s your heart and your instincts that are having the final say. This marks the beginning of the end of the push to get your work situation on the track you want it to continue on, but on the career front things are just starting to heat up. The Moon will spend the majority of the weekend in your career sector, sharpening your professional instincts and engaging your imagination.

As you move into the new week the Moon is already in your work sector ahead of Tuesday’s New Moon, which gives you a chance to draw a line in the sand between where you’ve been and where to from here. This falls 10 days after Saturn left your work sector, wrapping up a very tough, challenging and empowering 3 years that will define most of your reality on the work front for decades to come. The Sun will leave next Tuesday, a week to the day after this Tuesday’s New Moon but it will be Venus, who won’t return to the end of the month that will bring things home. While this New Moon will open new doors, it’s more the line in the sand that separates where you’ve been and where you’re going, allowing you to put some challenging years behind you, while using them to empower you moving forward.

Saturn’s return to your work sector earlier in the month turned what was already an important time of the year on the work front, thanks to Mars’ position here and turned it into one of the most important points in decades. It’s the Moon’s return to your work sector on Tuesday, just 10 days after Saturn arrived that gives you your first real sense of the awesome power you now have to call on. The Moon and Saturn’s alignment on Tuesday is the first in your work sector since 1985, with your intuition and hunches hooking into the force that will dominate things for the next 3 years. This is the Moon’s last visit to your work sector before next month’s total solar eclipse, destined to usher in major new beginnings, giving you a chance to start lining up at the right doors before they open.

Just 2 weeks into the month and things couldn’t be more different than how things started. You moved into the new month with a Full Moon in your career sector still in play, the Moon in your career sector and pressure on Uranus here still at an all time high. Yet by Tuesday, 2 weeks to the day after the Moon left your career sector and pressure on Uranus began to ease off, things have changed dramatically. It was Mars’ return to your work sector on the 7th October that marked the start of your comeback, but it’s only on Monday, as Mars and Uranus join forces that you’re able to sense just how much the tide has turned. As Mars’ drives, passions and fighting spirit open new doors on the work front, Uranus has the door open to some serendipitous second chances on the career front.

On Thursday Pluto reaches a point where it’s been a month to the day since he not only turned direct in your career sector, but since he came under pressure in a way that dominated the second half of September and early days of October. It’s only now, a month on that you’re able to look back and appreciate just how much water has passed under the bridge. Already you’re likely to find that there is some movement on the work front and the pressure you moved into the month with has eased right back. It’s the Moon’s return to your work sector over the weekend that will provide the most telling clues, hunches and insights. With a Full Moon in your career sector later in the month and Mars returning to your work sector next month, the comeback is well underway and unstoppable.

As Jupiter settles into his second week in retrograde motion in your career sector you’re likely to find that you’ve adjusted to the change in focus and the change in speed and urgency. Where at first this may have brought a sense that things had become stalled, as you adjust to this retrospective focus you’re able to see that you now have luck, time and hindsight to draw on, without the pressure of having to gain any ground or momentum. Even if you bide your time for the rest of the year that’s okay, for your next real push won’t come until the New Year, with your finest hour kicking off from April onwards. This gives you a chance to step back and focus more on the big picture, as well as capitalising on Tuesday’s New Moon in your income sector and working on any work/life balance issues.

You’re emerging into the new week with a new sense of professional confidence, even though nothing may have changed. Since Saturn returned to your income sector on the 6th October everything has changed, with his alliance with Neptune in your work sector the real game changer. This is an alliance that only began to ease back on Sunday and is still strong as you move into the new week, but it’s also one that may ease back a little but will remain strong for the next few years. At the same time a better understanding of where things stand on the career front is contributing to a rise in professional confidence. The real driving force however is what’s happening on the income front and the motivation there, with both work and career opportunities getting a bit of a free ride.

Chances are you’re feeling a new sense of confidence on the work front and also on the income front, as you sense that things are at last falling into place. Because Venus left your career sector in the early days of the month you’ve already got a clear sense of your professional objectives, with a need to hold onto that. In the meantime Mars, who only returned to your income sector on the 7th October, has partnered up with Uranus in your work sector, with their alliance peaking on Monday. It was only 2 weeks prior that work pressures and tensions peaked, but already hindsight is revealing this to have been a blessing in disguise. With Mars hungry for income opportunities, he is both giving and receiving support from Uranus, who has the door open to second chances on the work front.

The Moon only left your career sector on Sunday, allowing you to move into the new week with not only your professional instincts sharp, but on the same page as your professional desires and expectations. It was the Moon’s alignment with Venus over the weekend that gave you a deeper insight into what your heart is telling you, at a time when you’re wrapping things up for the year anyway. This was not only the Moon’s only visit to your career sector while Venus is here, but his last while there is any planetary activity. By the time the Moon returns next month Venus will be gone and there’ll be no more planetary activity until mid 2013. This makes it important to hold onto your professional instincts, clues and hunches, knowing that Venus has another 2 weeks to bring things home.

The Moon is already in your sign as you move into the new week, with your professional instincts sharp in the lead up to Tuesday’s New Moon. This is the Moon’s first visit to your career sector since Saturn left, with Tuesday’s New Moon falling 2 weeks to the day since the most challenging but also empowering 3 professional years ran their course. While the Sun will leave your career sector next week, with Venus not returning until the end of this month and not leaving until the 22nd November, you have plenty of time to bring things home and put your professional game on the track you want it to continue on. What Tuesday’s New Moon does is give you a chance to draw a line in the sand between where you’ve been and where you’re going, ready for a fresh start and a commitment the new phase.

It’s not very often that the Moon’s monthly visit to your career sector makes it into the big time, classifying it as a major event on your professional calendar, especially as he returns every 4 weeks. But on the other hand, it’s not usually the case that this sees the Moon align with powerful Saturn and when they do align on Tuesday, it will be the first time here in your career sector since 1985. As the Moon’s professional instincts align with Saturn’s powerhouse influence on Tuesday, this will give you your first real sense of how much things have changed and the sheer power you now have to draw on. As this is the Moon’s last visit to your career sector before next month’s total solar eclipse, this also gives you a chance to start lining up at the right doors before they open.

As Mars moves into his second week in your career sector he’s already found his stride and his professional passions and fighting spirit have already changed everything. As you move into the new week Mars is locked into an alliance with Uranus in your income sector, creating a surge in both income and professional confidence, linking Mars’ professional passions with the laws of synchronicity in effect on the income front. This turns the tables completely on the financial tension and challenges you moved into the month with. The real advantage comes from the Moon’s return to your career sector from Thursday to Saturday and alignment with Mars on Friday, giving you a chance to put your professional passions, fighting spirit and instincts on the same page, able to pick your battles wisely. – Freepsychicnetwork