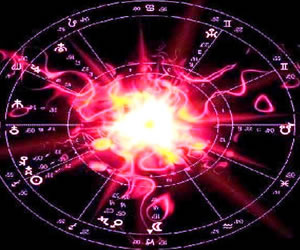 Make a slow and steady start to your professional week, favouring an approach that sees you slowly warm up and get up to speed, with a major professional shift coming towards the end of the week that once in effect won’t let up until well into 2013. This makes it important to hold something back in reserve and to even slack off a bit, focusing on exploring your options and taking care of any housekeeping. It’s on Saturday that everything changes and it becomes a case of ‘game on’. It’s then that Mars returns to your career sector and teams up with Pluto, for the first time in 2 years and for only the third time here in your lifetime. With the Moon returns just a few hours earlier this will ensure your professional instincts are sharp as the planets of war and revolution come together.

As Venus spends her last full week in your work sector, before not only leaving next week but wrapping up all the planetary activity for the year this is a week for listening to your heart and knowing what you want. You’ve had the more realistic reality checks and with all your cards now on the table it’s up to you how to play them. While Mars is only 6 weeks away from your career sector, kicking off some very active professional months that will take you into 2013, this week is all about finalising things on the work front to a point where you know what you want, what you’re striving for and you’re ready to walk the talk. The Moon’s presence in the early days of the week and alignment with Venus on Monday will also ensure that you have your finger on the pulse and your ear to the ground.

By every possible definition this is a game changing professional week, more so because it’s coming from not just one source. Without a doubt the main event this week is a total solar eclipse in your work sector on Wednesday, the first here in 17 years and the first with the support of both the North Node and Saturn in 56 years. As this opens the door to new beginnings this support will ensure that nothing is lost and that whatever is triggered will remain in motion. It’s Mercury’s return on the same day, in retrograde motion that temporarily opens the door to second chances. What cements this as a game changing professional week is that this coincides with a turnaround on the career front, with Neptune’s direct turn over the weekend being followed by Chiron’s direct turn on Thursday.

While you may need to tread carefully and pay attention to work/life balance issues, for the most part you should have this under control and shouldn’t be a problem unless you make it one. While this is likely to be a busy and hectic on the work front it happens gradually and in a way that allows for a slow and steady start. As you move into the new working week both Mercury and Mars are in their final days in your work sector and while there may be a lot of urgency, with Mercury in retrograde motion the handbrake is on, making it hard to progress any faster even if you wanted to. When Mercury retrogrades out on Wednesday expect the pace to pick up and with Mars leaving on Saturday for this to border on manic in a last ditch effort to get things up to speed.

Instead of a furiously busy working week and then time off over the weekend, you have a low paced working week and a frantically busy weekend that kicks off some of the most frenetic weeks on the work front since late 2010. Mars’ return to your work sector on Saturday kicks off what will always be your busiest weeks in any year, but as he teams up with Pluto for the first time in 2 years and only the third time here in your lifetime, expect this to go overboard. The moment the planets of war and revolution get together it will be ‘game on’ and as Mars won’t leave until Boxing Day this is when the rush to bring your 2012 professional year begins. The Moon’s return just a few hours before Mars will ensure that from the get go you’ll have your finger on the pulse and your ear to the ground.

You’re still another 2 weeks away from a lunar eclipse in your career sector towards the end of the month and another 6 weeks away from Mars’ return to your work sector on Boxing Day, giving you a chance to work behind the scenes and to let things already in play fold out and settle into place. This also gives you a chance to focus more on the money this week, especially with Venus not only spending her last full week in your income sector but due to wrap up all the planetary activity here for the year. After 3 years of near continuous planetary activity in your income sector Venus is bringing things home, but also to align your income expectations with the professional forces that will keep things in play. In the early days of the week you’ll have a particularly sharp nose for money.

Just as you reach a potentially game changing week on the income front and definitely the most powerful of the year and in decades, you are also experiencing a turnaround on the work front, with the advantage being that it’s happening at the same time. Ever since Mars and the North Node returned to your income sector in August and especially since Saturn returned early last month, there has been a strong partnership between income and work forces that until now has done nothing more than rebuild your confidence. That’s because with Neptune and Chiron both in retrograde motion in your work sector any forward momentum wasn’t possible. After Neptune’s direct turn over the weekend that has already started to change, with Chiron’s direct turn on Thursday completing the turnaround.

While Uranus won’t turn direct in your work sector for another month, things are already looking better on the work front and this is less to do with what’s happening on the work front and more to do with outside influences. While Uranus’ last planetary opposition was earlier in the month, after an opposition from the Moon last week this brought any residual work tensions to the surface and out in the open. A lack of work tension is going to free you up to tap into both the laws of synchronicity Uranus is triggering and the second chances he has the door open to. The other outside influence is that things are finally starting to move on the income front, with a real boost in either actual income results or confidence between Wednesday and Thursday sealing work confidence into place.

Because the Moon only left your career sector over the weekend, in his first visit since all the planetary activity for the year ran its course you’re able to move into your new working week with your professional instincts sharp, finger on the pulse and ear to the ground. With all the planetary activity in both your professional houses for the year having already played out, all your cards are on the table. While you have the South Node keeping things on track on the work front, in terms of driving forces everything is now in play. Instead, what you need to be working on now is consolidating your professional position as your focus shifts to where the money is, ahead of Mars’ return to your income sector on Saturday and the new doors this opens and the change in focus this will create.

You’re moving into the new week with the Moon and Venus not only in your career sector but aligned, giving you a dream start to the week, one that will ensure that your professional instincts, desires and expectations are on the same page and that you have your finger on the pulse and your ear to the ground. This would be an asset in any week but especially this week, which is not only Venus’ last full week in your career sector but the last of all the planetary activity for the year. This is not the end of all your professional influences, with Jupiter staying on in your work sector until June 2013 and a lunar eclipse there this month. What is coming to an end is the career focus, with Venus giving your professional desires and expectations have the final say.

You have reached your most important professional week of the year, so important that this has to be considered to be the week that everything until now has led up to and everything from now will lead on from. The jewel in 2012’s crown was always going to be this Wednesday’s total solar eclipse, but falling in your career sector this is your professional highlight and the fact that it comes with so much support and that it comes just as you’re experiencing a turnaround on the income front, makes this a defining professional moment for you. It’s been 17 years since you’ve had a total solar eclipse in your career sector that has the power to open major new doors or even gouge out whole new pathways. Mercury’ return on the same day, in retrograde motion will open the door to second chances.

You’ll need to remain on your toes this week and play each day as it comes, knowing when to hold back and when to gun it. To begin with it’s definitely a case of holding back and that will be the case until Mercury retrogrades back out of your career sector on Wednesday. Yet at the same time the early days of the week are valuable for spending time back at the drawing board, with access to both hindsight and second chances. Mercury’s departure coincides with Mars moving into his final and most urgent days in your career sector and with the handbrake removed, it’s on Thursday and Friday that you can expect the pace to become frenetic. Yet with the Moon returning just a few hours before Mars you’ll have your professional instincts, passions and fighting spirit on the same page. – Freepsychicnetwork

Regina Yacht that Sailed in James Bond’s Skyfall is up for $14.2 Million