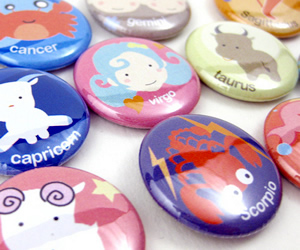 Because the Moon moves so fleetingly through the signs and his influence in any one area only lasts for 2 ½ days, it’s unusual to see the Moon play a big role in shaping the overall dynamics of the whole week, but that’s exactly what happens this week. After a New Moon in your sign last Friday got your new solar year off to a good start, the Moon has already reached your income sector when the new week begins. This is the Moon’s last visit to your income sector before Venus leaves next week and aligning with Jupiter on Monday and Venus on Tuesday this gives you a nose for money just when you need it most. But it’s the Moon’s return to your communication sector mid week, a week to the day before Venus is due to return and open some major new doors, that creates a chance to get a jump start.

During the 29 days that Venus will spend in your sign the Moon will only visit once and after returning on Sunday he’s here to guide you into what is Venus’ last full week. As the Moon aligns with Jupiter on Monday and Venus on Tuesday, this will give you an intuitive read on what is driving and inspiring you and what you want from both the coming year and from this brand new 12 year Jupiter cycle. As it’s your heart leading the way forward, the early days of the week are all about putting your heart and your instincts on the same page and trusting in the direction they are leading you. It’s the Moon’s return to your income sector mid week, just a week before Venus is due to return, that gives you a nose for money just before a new and potentially very lucrative chapter is due to kick off.

While Mercury will be making the most of his first week back in your career sector, for what is a double dip visit and the Sun will be making the most of his first full week in your sector of friendship, teamwork and networking, it’s the Moon’s return to your sign mid week that needs your full attention. The Moon will return just a week to the day before Venus is due to return to your sign next Wednesday, for what will be anything but a typical visit and with anything but typical consequences. Venus will open the door to what is destined to be a defining and expansive period in your life, with some major new doors opening over the coming months. It’s the Moon’s last visit before then that will provide some valuable clues, helping you to start lining up at the right doors before they open.

With Mercury temporarily gone from your career sector, the Sun on his own and the North Node providing clarity and direction on the work front you’re gaining some professional perspective and chances are liking what you see. The fact that this will remain a work in progress and you don’t need to get things up to speed until May is giving you a chance to relax and to see your professional game as only one aspect of your life. Instead this is an important week on the team, group, social and friendship fronts as Venus not only spends her last full week in your friendship sector, but the Moon makes his only visit while she’s here. With time to put out the ‘do not disturb’ sign later, make yourself as available as possible this week, though not at the expense of spreading yourself too thin.

There is no doubt that this is an extremely important professional week and that you’ll be coming out of the gates strong, but the rest of your life isn’t going to go down without a fight. You’ll move into the week with the Moon already in your career sector and aligning with Jupiter on Monday and Venus on Tuesday, this gives you a chance to put your professional desires, insights and objectives on the same page. But with the Sun not only in an adventurous part of your chart but working with the North Node to remind you that life can’t be all work and no play, you’re waking up to the fact that you can have it all. Where in the past it may have been a case of all or nothing, that’s no longer required and your instincts and senses are telling you that.

The Moon’s return to your career sector on Wednesday, a week to the day before Venus is due to return is a reminder that life will only get busier and even more professionally focused. At the moment you have no planetary activity in either of your professional houses, so just imagine how busy life will get once things become a lot more active. As well as sharpening your professional instincts and giving you a chance to start lining up at the right doors before they open, this is a reminder of how close you are to a new professional wave. This creates even more urgency when it comes to making the most of Venus’ last full week in an adventurous part of your chart and the chance this gives you to go off script. This is also an important week for communications on the relationship front.

You’ll be packing a lot into the week, with forces on the financial, relationship and work fronts all demanding your attention, with the Moon adding a dose of wanderlust mid week just to make things more interesting. When Mercury retrograded out of your relationship sector over the weekend this left the Sun free to gain some mileage and traction from last week’s New Moon, taking the handbrake off. At the same time this opened the door to some second chances on the work front and also to a rethink or even a change of mind. Meanwhile, the Moon’s position in your financial sector at the start of the week and his alignment with Jupiter on Monday and Venus on Tuesday, gives you a chance to put your financial instincts, desires and objectives on the same page.

While on face value it might be a case this week of your personal and professional lives battling for your attention, in reality this is a chance to balance the two, for they are both equally important. Until the weekend you’ve had Mercury in retrograde motion in your work sector, so even though the New Moon late last week opened new doors and created a tailwind capable of speeding things up, with Mercury there the handbrake was on. Mercury’s departure allows the Sun to get things moving, to a point where you can expect an acceleration on the work front. However, with Venus spending her last full week in your relationship sector and Mercury his first week back in retrograde motion in your romantic sector, your personal life is equally important, with a need for clear boundaries.

If you’ve paid lip service to having the right balance between work and play and you’ve talked the talk but haven’t yet walked the talk, this is the week when you’ll be held to account. It was a New Moon in a romantic, creative and playful part of your chart late last week that is only now taking flight, after Mercury retrograded out in the weekend and in the process taking away any roadblocks. Yet at the same time Venus is spending her last full week in your work sector, working with Jupiter to put things on the right track. With Mars turning direct in your career sector next month life will only get busier, yet the fight from a playful part of your chart will continue. The key to having it all lies in first believing that it’s possible and then accepting nothing less.

Listen to your instincts, imagination and keep your finger on the pulse and your ear to the ground mid week, especially when it comes to your job, work or employment matters. For that’s when the Moon will make his last visit to your work sector before Venus returns next week, opening the door to one of the most opportune 15 months on the work front in at least a decade. Yet the Moon has chosen to return in what is one of the most highly charged weeks of the year on the playful, romantic and creative fronts. For just as Venus spends her last full week in your romantic and creative sector, the Moon makes his only visit while she’s here, bringing a reminder of both the importance and the benefits of having a balance between work and play. The key to having it all is believing it’s possible.

At the same time that Venus, planet of love is spending her last full week in your communication sector Mars, warrior planet of the cosmos is moving into his final weeks in retrograde motion in your relationship sector. It’s the Moon’s position in your communication sector in the early days of the week that creates a link between the two, creating the potential for some authentic connecting and some real intimacy. With Mars spending the next 3 weeks in retrograde motion before turning direct on the 14th April, the door is still open to second chances and to making up for lost time. It was Mercury, planet of communication’s return to your sign over the weekend, in retrograde motion that leaves you with all the resources you need to give unsaid words a voice and no excuses to hide behind. – freepsychicnetwork

Challenges in a Relationship