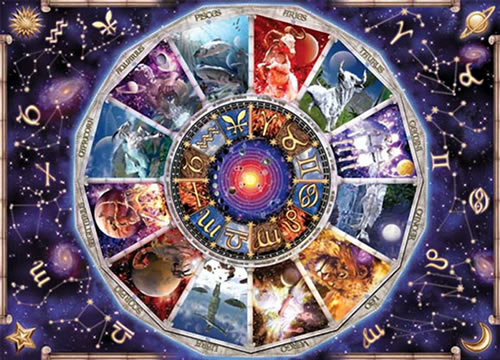 You’ll begin the week with the Moon still in your business sector and the weekend’s Full Moon still in play, with some very strong emotional and intuitive responses and a lot of things being triggered. With the Moon having only returned to your business sector a few hours before Sunday’s Full Moon and not due to leave until Tuesday, the biggest influence will be felt in the early days of the week, when anything building behind the scenes will come to fruition or to a head or to a tipping or turning point. As with all Full Moons there will be some tension and an emotional component, with the Sun and Moon in opposition and in this case it is work/life balance issues that are more likely to come to a head. Yet with this comes a chance for a reboot and a chance for a fresh start.

With no planetary activity in either of your professional houses the Moon’s return to your business sector midweek was always going to give you an advantage, especially the midweek perspective, sharpening your professional instincts, giving you a chance to get your bearings and tap back into the professional objectives you moved into the year with. However, the advantage goes beyond that, for with Jupiter leaving your income sector on Wednesday and Mars and his passion and fighting spirit taking over, this will put the Moon in your business sector at a crucial turning point on the income front, with a chance to put your professional and income objectives on the same page. This makes it easier to pick your battles as you mount a final assault on any remaining glass ceilings.

When Jupiter returns to your income sector on Wednesday, opening the door to the most auspicious and potentially lucrative income year in over a decade, it’s with the full support of both work and business forces, before he even gets here. With Neptune and Chiron in retrograde motion in your work sector and Saturn in retrograde motion in your business sector, this puts all the planetary activity in both professional houses in retrograde motion and in a background role, with new doors opening on the income front while the doors remain open to second chances on both the work and business fronts. The Moon’s return to your business sector on Thursday, as Jupiter spends his first full day in your income sector and Venus her last, will ensure your professional instincts are sharp when they need to be.

With the Moon having only left your work sector on Sunday you’re able to move into the new week with your instincts sharp, your finger on the pulse and your ear to the ground, but because the Moon left just a few hours before peaking as a Full Moon, with some real wakeup calls and strong emotional and intuitive responses as well. This comes just as your professional confidence is returning and as new doors finally start opening on the income front, for the first time this year. This creates an opportunity for a rethink, especially as the Moon’s visit to your work sector late last week saw him come full circle from last month’s lunar eclipse, closing the circle and giving you a much clearer sense of your options and what you have to work with, just as new doors open on the income front.

You’re not only moving into the new week with the Moon still in your work sector after Sunday’s Full Moon, but with the Full Moon itself still very much in play and therefore with a lot of intensity on the work front. On one hand, because a Full Moon which puts the Sun and Moon in opposition may be creating some work pressure, a lot of emotional intensity and a case of Mondayitis, this is getting everything out in the open. Pluto, long term resident in your work sector, will align with the Moon on Monday, giving you a better read on anything being triggered and on things coming to a head or to a tipping or turning point. Avoid a knee jerk reaction or rushing into anything, for once the Moon moves on you’ll have plenty of time to process all that this has brought to a head.

You’ve reached a defining and watershed professional week, with where things stand at the start not where they’ll stand at the end, with a lot being decided and defined during the course of the week. For it’s on Wednesday that after 12 months in your business sector Jupiter will finally move on and not due to return until 2024, his final few days are all about cementing your professional objectives for the future. Yet rather than see things ease back when Jupiter moves on they’re likely to flare up, with your professional passions and fighting spirit kicking in as you catch your second wind. For this is when the real push to bring things home will begin. With the Moon in your work sector midweek you’ll have your finger on the pulse and your ear to the ground when you need it most.

This is the week that everything changes, with a professional edge turning into an avalanche. The Sun’s return to your business sector late last week and his first week here is putting the solar spotlight on your business situation and options, as it does at this time every year. With Venus and Mercury already here and with heart and mind engaged, this is something you’ve already got a jump on. Yet while this is so far looking very familiar and par for the course in the last week of June, everything changes when on Wednesday lucky Jupiter returns to your business sector, for the first time since 2002. The Moon’s return to your work sector on Thursday, during Jupiter’s first full day and Venus’ last, will give you an edge as you move into your most important professional year in over a decade.

Until now Uranus, on his own in your work sector has been under pressure, with professional matters not looking too good. Yet almost overnight you’ll move into the new week with a whole new attitude and perception and so sudden will the shift have been that you may be left wondering what just happened. For it was only on Sunday, just as the Moon was wrapping up his monthly visit to your income sector that Ceres returned to your business sector, for the first time since 2005. This allows you to move into the new week with a nose for money and a new need for deeper professional conviction and a renewed sense of purpose. By the time Venus returns to your business sector on Friday, teaming up with Ceres for the first time here since 1999, you’ll be back in the game, at last!

You can afford to take a ‘steady as she goes’ approach to work matters this week, keeping your money hat on as much as possible, especially in the early days of the week. For right in the middle of the only real gap you’ll get on the professional front for the rest of the year, you have a great, big, beautiful fat Full Moon in your income sector in play as you move into the new week. This is the Moon’s first visit to your income sector since Mars wrapped up all the planetary activity for the year in your work sector late last month and with new doors not opening on the business front until next month, this sits smack in the middle of the two. After a lot of blood, sweat and tears on the work front over recent months, any payback due will come to a head during this Full Moon.

There is a need to be on your game from the get go as you move into the new week, ready to put everything on the line. For when Jupiter leaves your work sector on Wednesday he’ll bring a 12 month effort to get your work objectives and situation on the track you want it to continue on to an end, while at the same time bringing you into the end game. For while Jupiter’s departure won’t bring a push that began last April to an end when Mars, warrior planet of the cosmos leaves on the 14th July, 2 weeks from Sunday, this is how long you have to bring things home. With the Moon in your income sector from Tuesday to Thursday this will give you a nose for money as Jupiter’s 12 month mission to bring things up to speed ends and as you catch your second wind, ready to bring things home.

There is a need to stand back in reverence as history unfolds, so big are the developments on the work front and their implications moving forward. For when you stand back it makes it easier to avoid sweating the small stuff or getting so caught up in the details that you fail to notice the major shift taking place. That major shift happens on Wednesday, just 12 days before Saturn’s direct turn in your business sector is due to bring your professional year to an important turning point, but is instead overshadowed by Jupiter’s return to your work sector. This is Jupiter’s first visit since 2002 and opens the door to your most auspicious year on the work front in over a decade, which won’t run its course until July 2014 and from the get go has the support of both income and business forces.

In any other week, having had the Moon only just leave your business sector on Sunday and your professional instincts still sharp would have been a huge advantage, giving you an edge from the get go and allowing you to move into the new week with your finger on the pulse and your ear to the ground. For with no planetary activity in either of your professional houses these monthly lunar nudges are all you’ve had since the very early days of the year. However, as the Moon was leaving your business sector on Sunday Ceres was returning to your work sector, for the first time since 2005, bringing a whole new dynamic into play. While Venus’ return to your work sector on Friday will open new doors, even before then Ceres is bringing a need for more satisfaction and a deeper purpose.- Astrolis