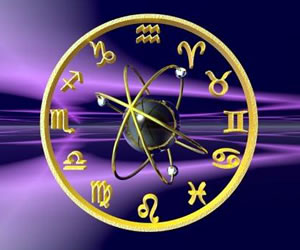 Tuesday’s Full Moon in your work sector is the last push to get your new professional year off the ground and on the right track. Venus’ departure from your career sector earlier in the month left you with a clear sense of your professional objectives and expectations for the coming year and your ultimate goals, but this week’s Full Moon gives you a chance to get down to the nitty gritty. The Moon will return on Monday but will be gone by Tuesday, making it important to move into the new week with your finger on the pulse and your ear to the ground. As with all Full Moon’s it’s about paying attention and working with whatever comes to a head or to a tipping or turning point naturally. This is the last significant push in either of your professional houses until the second half of the year.

Venus’ departure from your career sector on Tuesday brings you to a fork in your professional year. From Mars’ return to your career sector on Boxing Day to Venus’ departure on Tuesday is a period of exactly 2 months to the day and this is the only time all year that there will be planetary activity here, providing the push and the grunt needed to get your professional year off the ground. Once Venus leaves there’ll be no more planetary activity here until 2014, with only the Moon’s monthly visits to keep you on track. However, the last 2 months has provided you with the professional passions, intellectual savvy, objectivity and desires and expectations to know what you want and to walk the talk. The Moon’s return to your work sector on Thursday will give you a chance to tie up loose ends.

Venus’ return to your career sector on Tuesday and the laws of attraction she’ll bring into play are not an uncommon event, returning around this time every year. However, her return will trigger an extraordinary set of circumstances, becoming the sixth planet in an already extraordinary line up, especially when you consider you’ve never had this many planets in your career sector at any other point in your lifetime and will never again and they’ll remain lined up until Mars leaves on the 12th March. All of a sudden your professional passions, dreams, desires, objectivity and intellectual savvy are on the same page, opening new doors just as Mercury spends his first week opening the door to second chances. Leave all your options on the table, no matter how impossible they might seem.

Make the most of the relatively low key professional week, for it’s the last that you’ll get for some time, using it as a chance to catch up on any backlog, take care of any housekeeping and generally getting things ship shape, ready for what lies ahead. For while Mars won’t return to your career sector until the 12th March, teaming up with Uranus with potentially explosive and game changing results, there’ll be developments on the work front next week that will need your attention. Once Mars returns to your career sector this will kick off the most intense and important professional months of the year, with part of the preparation likely to be a chance to recharge your batteries and ensure you’re game ready. This is good week for study, workshops and information or knowledge gathering.

As things become more predictable on the work front, with no more surprises you have a clearer sense of what you have to work with and know that the game is unlikely to suddenly flip on you, as has been the case in the past. With Pluto already starting to slow down ahead of his retrograde turn in your work sector in April and the next professional push not coming until then, you’re able to start pacing yourself. With the Moon visiting neither your work nor career sectors this week there is a chance to focus more on the money, with Tuesday’s Full Moon in your income sector likely to bring things to a head or to a tipping or turning point. If nothing else the nose for money that comes with this will give you a better sense of where the money is, allowing you to work smarter.

The reason why things have been so busy on the work front, is that since Mars returned to your work sector on Boxing Day all the planets that will move through this year and will get things up to speed already have, with the final push underway as you move into the new week. It’s Venus’ departure from your work sector on Tuesday that will bring all the planetary activity in your work sector for the year to an end, with no more planets returning to have an input until 2014. That it’s Venus who is having the last say means that it’s your heart and a clear sense of what you do and don’t want on the work front that needs to be a deciding factor of where to from here. This comes just as a new sense of professional direction is emerging, with things just warming up on the career front.

When Venus returns to your work sector on Tuesday she’s the last to arrive, with her ‘all aboard cry’ signalling to the driving forces on the work front that it’s time to hit the road. Venus will return to your work sector at around this time every year so this is not uncommon, however the consequences are likely to be anything but. As well as engaging your heart, giving you a clearer sense of what you do and don’t want on the work front and triggering the laws of attraction, as the sixth planet to arrive she creates the largest line up of planetary influences you’ve ever had in your work sector or will ever have again. It’s no wonder you’re busy, but with a New Moon next week and Mars not leaving until the 12th March, you’re only now starting to get a sense of what’s possible.

As you move into the new week the Moon is wrapping up an important visit to your career sector, for two different but connected reasons. The Moon’s monthly visit to your career sector will always sharpen your professional instincts and provide valuable clues, hunches and insights, but coming full circle from last month’s Full Moon this is when a lot of things are likely to come full circle or start falling into place, leaving you with a much clearer sense of your overall professional objectives for 2013. At the same time this is also the Moon’s last visit to your career sector before Mars returns to your work sector on the 12th March and the busiest months of 2013 kick off. This gives you a chance to get your bearings, at a time when you’re still able to come up for air.

While there’ll be no planetary activity in either of your professional houses until mid April, kicking off the busiest months of 2013, you have a chance this week to get your professional bearings and get a sense of your overall career objectives. It’s the Moon’s return to your career sector on Monday and the Full Moon this creates on Tuesday that is likely to bring things to a head or to a tipping or turning point, with your professional instincts kicking in just as everything is brought out in the open. While a Full Moon will create some tension and this one could create work/life balance issues, it will simply reveal what you need to be working on. This is the way point that will tell you if you’re on track and give you a professional reference point, lining you up for what lies ahead.

After the Moon’s visit to your work sector last week, the first since Jupiter turned direct late last month, you’ve now got a much better sense that the tide really has turned and while the rebuild is still gathering speed, of which way the currents are now moving. Chances are things are starting to fall into place and while there is still a long way to go, that the potential is out there. It’s the Moon’s return to your career sector on Thursday that will sharpen your professional instincts, provide some valuable clues, hunches and insights but also round things up. By this point you should have a good feel on what this new professional year holds. Yet it’s because of the challenges of the past that you now have a good sense of what success looks and feels like, for you.

Because the Moon only left your work sector over the weekend there are still valuable clues, hunches and insights being processed and made sense of, especially as each visit takes you one step closer to the new work opportunities due to open up midyear. What should be lacking this week is any urgency, with a need to keep your mind and your options open, especially when it comes to career choices as a whole. After turning retrograde in your career sector last week Saturn’s first full week in retrograde motion is more about getting your bearings, with your first chance to get a sense of which way the tides have turned not coming until the Moon returns over the weekend. Be prepared to take things one step at a time, keeping one eye on the road ahead and the other on the rear view mirror.

While you will move into the new week with the Moon in your work sector this is the tail end of a visit that began over the weekend and due to leave on Monday, it’s a case of catch this while you can. With no planetary activity in either of your professional houses these monthly visits by the Moon to both your work and career sectors are all you have to keep things on track. Yet having come full circle from last month’s Full Moon in your work sector a lot of things are likely to have fallen into place over the weekend and are still falling into place as you move into the new week. As the Moon’s last visit before new doors open on the income front hold onto the clues, hunches and insights this leaves you with. Move into the week with your finger on the pulse and your ear to the ground. – Astrolis