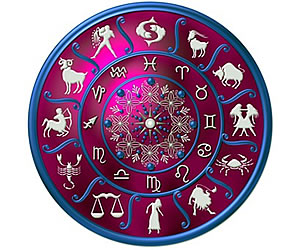 When the Moon left your career sector on Sunday, wrapping up his first visit since Mercury left late last month, this allowed you to tie up loose ends and also to move into the new week with your professional instincts sharp, your finger on the pulse and your ear to the ground. This also gave you an intuitive read on where to from here and the dynamics in play. This was the Moon’s first visit to your career sector since Mars turned retrograde in your work sector and comes just as forces on the income, work and career fronts start coming together again. With Pluto, planet of change and revolution now on his own in your career sector, the Moon’s visit over the weekend has given you an insight into what is required in order to keep the momentum going.

After Mercury’s departure from your career sector last week and the Sun’s over the weekend, for the first time since last August you’re moving into the new week with no planetary activity here and there’ll be none until late December. Apart from a few months last year you’ve had continuous planetary activity in your career sector for 16 years, with Neptune’s departure earlier in the month bringing a powerful era to an end. However, the Moon returned to your career sector on Sunday, just hours after the Sun left and here until Wednesday this ensures there will be no sudden drop off and with your professional instincts sharp, your finger on the pulse and your ear to the ground allows you to transition out of an active phase and onto one that is more about keeping the momentum going.

As you move into the new week one of the last pieces of the puzzle have come together, thanks to the Sun’s return to your career sector on Sunday. Monday is the Sun’s first full day in your career sector and his first full day with Neptune here in your lifetime and as they align on Monday and Tuesday the Sun’s vision and realism comes together with Neptune’s dreams and fantasies. With Neptune in your career sector until 2026 this is still early days in a long term mission, as after Mercury’s return last week and the fact that Venus has already been and gone, you’re ready to take a step into the future. The opportunity to take that step comes on Wednesday, with the Moon’s return and alignment with the Sun creating a New Moon that opens the door to new beginnings and a new starting point.

On Monday Venus reaches a point where she’s just 2 weeks away from leaving, creating a new sense of urgency. During her short 26 day visit to your career sector Venus will evoke the professional desires and give you a sense of what you do and don’t want, that will define what you’ll focus on and veer towards in what is still the early days of an important and defining 3 month period. After aligning with Uranus shortly after returning and with the laws of attraction and synchronicity already in effect, there is a real need to take your hands off the wheel, letting your true professional calling find and speak to you. The Moon’s return to your career sector over the weekend will provide a chance to put your professional instincts and desires on the same page.

As you move into the new week the Moon has only just left your work sector by a matter of hours, allowing you to move into your new working week with your finger on the pulse and your ear to the ground and some valuable clues. This was the Moon’s first visit to your work sector since Mercury left late last month and since Pluto, now on his own here starting moving back towards a positive alliance with Jupiter in your career sector. With Venus just 2 weeks away from returning to your career sector on Monday, you’re not only moving into the new week with your instincts engaged and with some additional intellectual savvy, but with a new sense of confidence. With a busy start to the year behind you you’re able to see that this was just a practice run, with something big on the way.

For the first time since last August you’re moving into a new working week with no planetary activity in your work sector, thanks to Mercury’s departure last week and the Sun’s over the weekend. Apart from a few months last year you’ve had continuous planetary activity in your work sector for the last 16 years, with your biggest challenge now being to retain all the knowledge and insight gained, while at the same time pulling back and pacing yourself. You have help for that in the form of the Moon, who returned to your work sector on Sunday and will remain here until Wednesday. This will ensure that you have your finger on the pulse and your ear to the ground and a chance for a smooth transition away from defining where things stand and where to from here, on to living it.

While your professional year may have got off to a fairly slow start, in just 7 weeks you now have a formidable line up of support on the work front. While Neptune returned to your work sector earlier in the month and will stay here until 2026 and Venus has already been through, giving you a clear sense of what you want, it was the Sun’s return over the weekend that finally took the covers off and revealed what you really have to work with. On Monday and Tuesday the Sun and Neptune align in your work sector for the first time in your lifetime, with the Sun’s vision and reality checks coming together with Neptune’s dreams and fantasies. With Wednesday’s New Moon opening the door to new beginnings, this is when a powerful new work chapter finally hits the ground.

As you move into the new week Venus is just 14 days away from leaving your work sector, even though she only returned 12 days earlier. During her short 26 day visit Venus is working to both attract opportunities and give you a clear read on what you do and don’t want and where your heart stands, giving you a chance to get the ball rolling. Yet while Venus will leave your work sector in 2 weeks from Monday, it’s the fact that the Sun and Mercury are following behind and will keep things active until May, that gives you the confidence of knowing you have back up. With Venus you need to focus on the ‘what’ and when the Sun and Mercury return it will be time to focus on the ‘when, where and how’. The Moon’s return to your work sector over the weekend will provide some valuable clues.

There is a growing sense of professional confidence that needs to be trusted, even if you can’t see where it’s coming from or you can’t or you can’t put your finger on anything. The closer you get to March, which is the month when things will not only start coming together on the work and career fronts but on the income front as well, the stronger that sense of confidence is likely to become. Yet don’t be surprised if you feel tested, especially when you’re feeling stressed, under resourced or where you feel you’re being torn in two. It’s where doubts surface that you need to uncover where they’re coming from, without letting them put you off your stride. Continue to pace yourself and if you feel a need to pull back then do it now, for from the 5th March the pace will pick up considerably.

Just before leaving your income sector over the weekend the Sun moved into a positive aspect to Saturn in your career sector, but with no more planetary activity in your income sector and no active support for Saturn until Venus returns to your work sector in early April, he’s both on his own but also has a chance to take a step back. In retrograde motion in your career sector until mid June and still moving at a crawl, Saturn is calling for a tactical retreat, not because you’re giving up or backing down, rather because it’s time to step back and return to the drawing board. A Saturn retrograde phase gives you a chance to step back and process and make sense of where you’ve been,
before pushing forward again. This also gives you a chance to recharge your batteries.

Until Mercury returns to your work sector in June you’re in a familiar pattern, which because it’s one driven by the Moon you probably already have an intuitive read on. With no planetary activity in either of your professional houses the only thing you have keeping things going is the Moon, with his monthly visits to your work sector and career sectors. After visiting your career sector last week and your work sector earlier in the month, the Moon has already delivered all the clues and insights you’re going to get this month. You have enough momentum from a period of planetary activity in your career sector late last month to ensure that you won’t run out of steam and momentum anytime soon, but when it comes to the answers and insights you already have them, with a need to look within.

This is destined to be a relatively quiet week on the professional front, which is just the way you need it. With some active months on the career front late last year, spilling into the early days of 2012 and new doors not opening on the work front until the second half of the year, your focus now needs to be on keeping things on track. After a Full Moon in your work sector earlier in the month and the North Node in your career sector, you should have a clear sense of what you have to work with and what you need to be working on or towards, which you can do at your own speed and in your own way. This gives you more time to focus on the income opportunities Venus is opening the door to, as she continues to make ground in your income sector and focusing on where the money is. – freepsychicnetwork