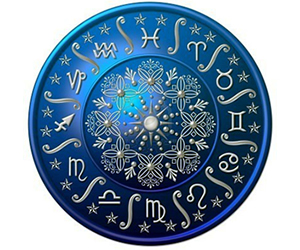 With Pluto on his own in your career sector since Mercury left late last month and Mars now in retrograde motion in your work sector there is no longer the urgency you began the year with, giving you a chance to pace yourself and focus more on the long haul. The Moon’s return to your work sector between Thursday and Saturday and alignment with Mars on Friday, for the first time since he turned retrograde late last month, will give you a chance to get your bearings and get a read on this new retrospective focus. With the door open to second chances on the work front, listen to what your instincts are telling you and keep your finger on the pulse and your ear to the ground. Avoid feeling rushed or pressured, for time is on your side.

There are some real developments on the professional front this week, but there is also a sense that things are dialling back. It was Neptune’s departure from your career sector over the weekend that brought a chapter that began in 1998 to an end, leaving you with some strong professional dreams and expectations that will most probably colour and shape the rest of your professional life. But in the meantime, with the Sun and Mercury both leaving your career sector next week, this is a week for tying up loose ends and bringing things home. Meanwhile, Saturn’s retrograde turn in your work sector on Wednesday will see a pulling back on the work front as well and in retrograde motion until mid June this gives you a chance to pull back, spending some time back at the drawing board.

While you began 2012 with a lot of professional focus, with the Moon and Uranus in your career sector and Mercury in your work sector, things have eased back since then and while this may have been frustrating, it’s bought you some valuable time. Things change fairly dramatically this week, with Venus’ return to your career sector on Wednesday kicking off the most important 3 professional months of the year. This kicks off with a Full Moon in your income sector on the same day, which is going to provide the right amount of motivation and boost in confidence. While Venus is only in your career sector for 26 days there are planets following behind to finish what she begins. Keep your mind and your options open, with some unexpected developments likely towards the end of the week.

You have a chance now to ease back on the gas, for with Pluto now on his own in your work sector and more focused on keeping things on track for the long term and with Jupiter not coming into his own and things not really moving on the career front until early next week, there is no longer any urgency. It was Mercury’s departure from your work sector late last month that shifted the focus from the short term and onto the long term, with a chance this week to let things settle. After the Moon visited your career sector last week he’s not due to reach your work sector until later next week, giving you a chance to let things settle. With things due to take off once Venus returns to your career sector on the 5th March, use this slower pace to your advantage, while you can.

There is a real sense this week that you’re tying up loose ends and packaging things up, which is exactly what you’re doing. It was Neptune’s departure from your work sector over the weekend that brought an era that began in 1998 to an end, of defining your expectations on the job front and a picture of your dream job. This is something that will continue to define your job choices and decisions for the rest of your professional life, but in the short term the Sun and Mercury regroup in your work sector this week to help with any immediate choices, decisions and plans and to help you to work smarter. They will both leave your work sector next week, with the Sun and Mercury coming together to put things on the path you want them to continue on.

Just over a month ago you were experiencing a very low key start to your professional year, which gave you a valuable chance to pace yourself and get your bearings, easing back into your new professional year. But if you thought that this meant you had a slow year on your hands you’re already realising that’s not the case, especially after Neptune’s return to your work sector over the weekend. Dreamy Neptune has returned just in time to shape Venus’ final few days in your work sector and until she leaves on Wednesday, they’ll be working together to put your heart and your imagination on the same page. With the Moon returning to your career sector over the weekend and the Sun and Mercury to your work sector next week, it won’t be long before you have a chance to start walking the talk.

Apart from Uranus, planet of surprise and synchronicity who is in your work sector until 2019, working behind the scenes, you’ve had little in the way of professional momentum so far this year. Uranus turned direct in December, but he’s still building up to speed and won’t really come into his own until other planetary support arrives to help him out. That help kicks in this Wednesday and the gods are sending the whole Cavalry, with Venus returning to your work sector and a Full Moon in your career sector at the same time bringing things up to speed rather dramatically. From a slow start this is when things really kick off and while the Full Moon may bring things to a head or a tipping point, this is being followed by the busiest and most important 3 months on the work front for the year.

With Venus not returning to your work sector until the 5th March you another month before things really start to move and the busiest 3 months of the year kick off. This gives Mars time to get back up to speed after turning retrograde in your career sector late last month. In retrograde motion until mid April Mars is opening the door to second chances and an opportunity to make sure no stone has been left unturned, but he’s still moving at a crawl. Mars should be up to speed by the time Venus returns to your career sector and next month you’ll need to hold onto your hat as things accelerate. It’s the Moon’s first visit to your career sector since Mars turned retrograde, between Thursday and Saturday and his alignment with Mars on Friday that gives you a chance to get your bearings.

In early April, Venus will return for what should be nothing but a very mundane annual visit to your work sector, but will be anything but, kicking off a stunning 15 months that will see your options and opportunities expand and some very lucky dynamics fall into place. Until then, apart from a need to continue to keep things moving forward on the work front, making sure you don’t slide backwards, it’s your career game as a whole that needs your attention. On Wednesday, Saturn will turn retrograde in your career sector, giving you a chance to retrace your steps, work behind the scenes and also start preparing for the work opportunities ahead. The Moon’s return to your career sector on Saturday will give you a chance to get your bearings in the early days of Saturn’s retrograde phase.

You begin the week with the Moon in your work sector, having come full circle from last month’s Full Moon. The Moon will visit your work sector 13 times during 2012, with his first visit in January and his last visit in December both Full Moons. It’s these monthly visits that will both give you the resources to keep things on track and up to speed, but will provide valuable clues along the way, with your work situation a work in progress, with information drip fed along the way. With no planetary activity in your work sector until Mercury returns mid June, hold onto the insight and clues this gives you and until the Moon leaves your work sector on Tuesday, keep your finger on the pulse and your ear to the ground, especially as this coincides with Venus’ final days in your income sector.

Since Mercury left your career sector on the 8th January things have eased back on the professional front, with no planetary activity in either of your professional houses. But with a lot of planetary activity in your career sector in the later months of 2011, including a total solar eclipse there is more than enough momentum on the career front. It’s on the work front that you reach an important milestone this week, with Wednesday’s Full Moon in your work sector marking the halfway point between the Sun’s last visit and the next and the only real lightning rod on the work front in the first half of the year. As well as bringing things on the work front to a head or to a tipping or turning point, with Venus returning to your income sector on the same day it could trigger a real turnaround. – freepsychicnetwork

Business Horoscope May 20 to May 26