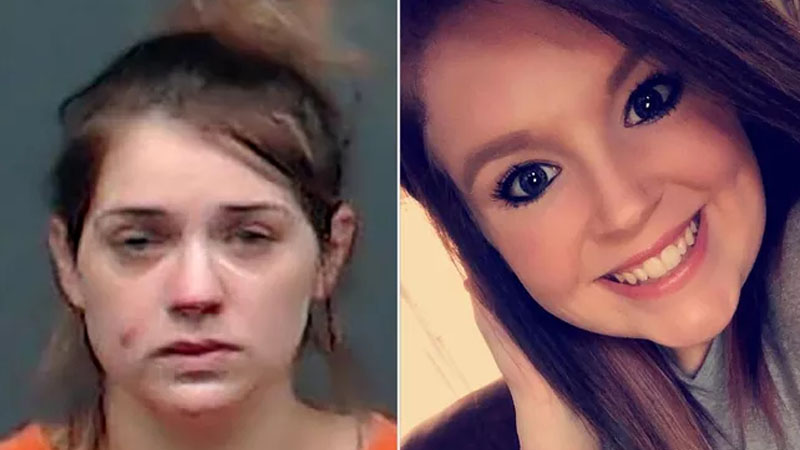 Reagan Simmons Hancock was approximately seven-and-a-half months pregnant when the child she was carrying was taken from her womb. This week, a 29-year-old Texas woman is on trial for allegedly killing her pregnant friend and then removing the child from the victim’s womb and claiming it as her own.

PEOPLE confirms that Taylor Rene Parker’s trial started with opening arguments on Monday in the New Boston courtroom. Parker was arrested in Oklahoma in 2020 and pleaded not guilty to first-degree murder and kidnapping after Reagan Simmons Hancock, 21, was found dead in her New Boston home shortly after 10:20 a.m. on Oct. 9, 2020, following a 911 call.

Simmons Hancock was about seven and a half months pregnant when the baby was removed from her womb. Parker was pulled over for speeding by a Texas State Trooper in De Kalb after the alleged attack.

She allegedly informed the officer that she had given birth on the side of the road and that the baby was not breathing. Parker and the baby were both moved to McCurtain Memorial Hospital in Idabel, Oklahoma. When Parker refused to be examined by doctors, hospital staff became suspicious.

The infant died in the hospital. KTAL-TV and the Texarkana Gazette were present for Monday’s proceedings.

Authorities testified in court that Simmons Hancock was stabbed and cut more than 100 times, and her skull was crushed with a hammer before her unborn baby was removed with a scalpel.

Parker was also charged with non-capital murder in relation to the baby’s death. Parker, according to Assistant District Attorney Kelley Crisp, is “an actress of the highest order” who lied about being pregnant for nearly 10 months to keep her boyfriend around.

Crisp claims Parker disguised herself as pregnant, totally fake ultrasounds, held a gender reveal party, and even posted about her phony pregnancy on social media.

“The lies and fraud go on and on; the layers of fraud are staggering,” Crisp said, according to both outlets. “You are going to have to understand the fraud to understand what happened on Oct. 9. This started months and months ahead of time until it passed the point of no return, and it ended up in homicide.”

Parker left Simmons Hancock’s 3-year-old daughter with her dying mother after the attack. Crisp told jurors Parker’s scheme included a bomb threat to a hospital, which delayed her induction. “Taylor Parker didn’t want any more children,” Crisp told the jury. “She killed Reagan and ripped her baby out to keep her boyfriend.”

Crisp claimed that Parker “stuffed Reagan’s placenta down her pants to make it look like she gave birth on the side of the road” after the murder. Jeff Harrelson, one of her lawyers, urged the jury to consider all of the evidence provided during the trial.

“It’s a complicated case, factually and emotionally,” Harrelson said. “The law is the lens and filter you must view these facts through. Sometimes it’s not black and white but a shade of gray.” The trial should last a month. Parker faces the death penalty if convicted.