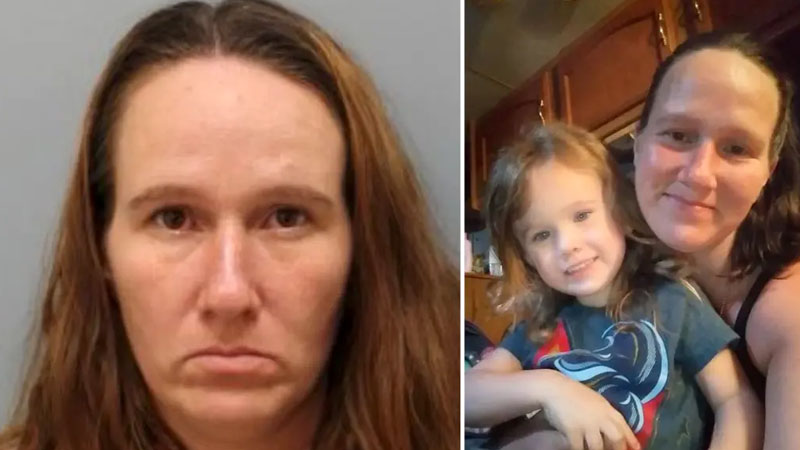 The Texas Department of Family and Protective Services said in a statement that the suspect, Melissa White Towne, “does have a prior history with CPS, but specific details of CPS investigations are confidential according to law”

A mother allegedly confessed to killing her 5-year-old daughter in Tomball, Texas, telling authorities that her daughter was an “evil child.”

Harris County Sheriff Ed Gonzalez tweeted an arrest update on Monday, naming the suspect as 37-year-old Melissa White Towne. Towne was charged with capital murder and booked into the Harris County Jail, according to Gonzalez.

According to the outlet, prosecutors revealed in court that the 5-year-old screamed, “I’ve been good,” while Towne strangled her. Towne told authorities that she cut her daughter’s throat before strangling her for 30 to 40 minutes.

According to Fox News, Sheriff Gonzalez claimed that Towne drove to a hospital emergency room and told staff that she had killed the child.

Gonzalez wrote that a laceration and possible ligature marks were found on the girl’s neck during an evaluation and that the child was pronounced dead at the hospital.

According to People, deputies searched the park for proof of a homicide scene but found nothing. According to ABC 13, HCSO officials confirmed that the child was not killed inside the vehicle. When deputies patted Towne down, they allegedly found a knife in her pocket.

A spokesperson with the Texas Department of Family and Protective Services released the following statement to ABC 13:

“Child Protective Services is investigating this tragic death alongside law enforcement. The child’s mother, Melissa Towne, does have a prior history with CPS, but specific details of CPS investigations are confidential according to the law. Ms. Towne has three additional children ranging in age from 2 years old to 18 years old, who are safe and have been living with other family members.”