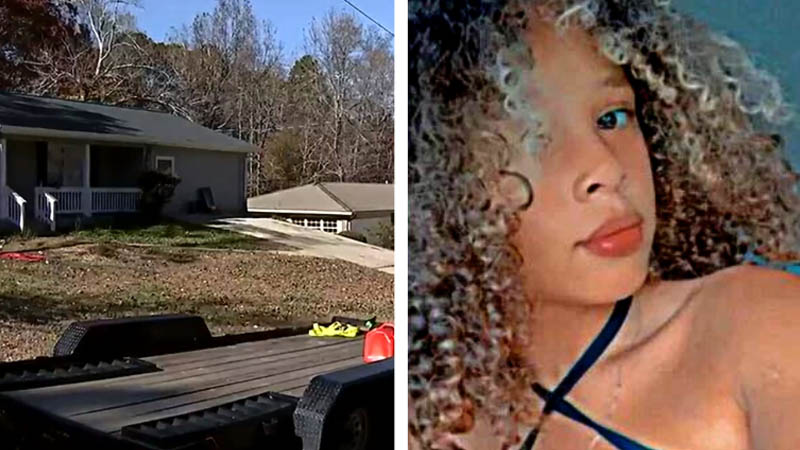 Some may argue that this 13-year-old boy is a business genius, but the vast majority will agree that he made the biggest mistake of his life when he decided to order parts online and build homemade semi-automatic weapons with the intention of selling them after the entire story ended fatally for his teenage sister just as he was about to close his first deal.

According to the incident report, the tragic shooting occurred two weeks ago when a 13-year-old boy, whose identity was withheld by authorities due to his age, shot his 14-year-old sister K. Scott after he opened fire at two ‘customers’ who seized a firearm from him without paying.

The Atlanta Journal-Constitution reported that the teenager ordered the weapon parts online and built semi-automatic firearms at his Georgia home. The teenagers figured out how to make weapons from start to finish, at 13 years old.

He was going to clinch his first-ever sale when he was fatally shot at the end of November. Local authorities confirmed that two ‘customers’ showed up at the teen’s house to buy a gun from him. The two ran instead of paying for the pistol, and authorities believe the boy fired a shot in an attempt to stop them.

“According to the investigation, he was shooting at the folks that took his weapon,” officials with the local sheriff’s office said. “But instead, he shot his sister. And it’s so sad his sister’s death happened.” Teenagers’ mother called 911 to report the incident and she decided to drive her daughter to the hospital instead of waiting for the EMS crews to arrive. The girl died on her way to the hospital.

After searching his family’s home, investigators discovered the teen’s gun manufacturing enterprise. He was caught alongside Y. M. El, a 19-year-old who was attempting to buy the rifle from him. Both of them have been charged with murder, with El being accused of robbery-sudden snatching as well.

Authorities are examining how many firearms the teenager actually built, despite the fact that they have grounds to believe this was the first trade he tried to close. According to them, once further information is available, additional charges may be imposed.

Ghost guns, or guns constructed from pieces purchased online, are particularly difficult to track down since they lack serial numbers, according to the Sheriff’s office. Because these weapons are untraceable, they appear to represent the biggest threat to the public. The latest data shows that more than 23,000 untraceable pieces of weapons without serial numbers were recovered from 2016 to 2020.

“This loss is absolutely senseless, and many are grappling to understand how this could happen. We in Douglas Ct. are a community that is in need of healing. Our village has failed to protect our youth.”

After the inquiry is completed, the findings will be reviewed by the District Attorney’s office. El is being kept in the county jail while the boy is in juvenile detention.