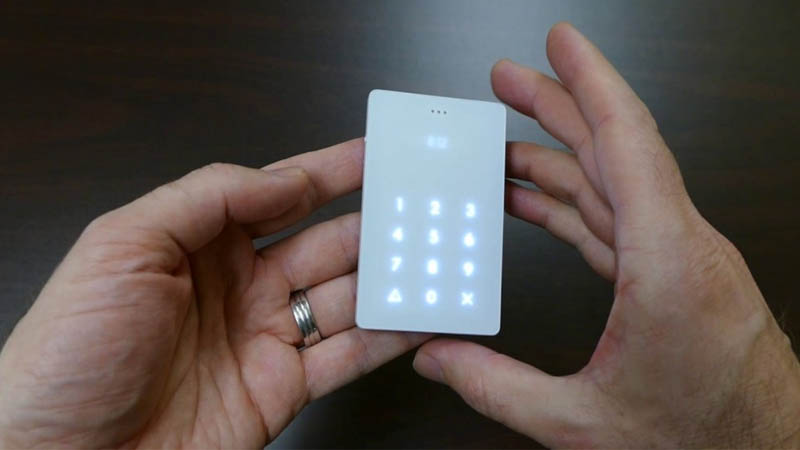 It’s no secret that the smartphone has revolutionized our lives. From communication to banking to news consumption to dating, the smartphone revolution has kept us more wired, more connected, and more in touch than ever before.

And it appears we like it that way. According to one study released last year, the average Android user touches their phone over 2,600 times a day — either grabbing or tapping or touching or swiping.

So here’s the Light Phone. It does two things, and only two things: it receives calls, and it sends them. That’s it. According to its creators, the Light Phone is specifically made to cure your smartphone addiction. In fact, it’s designed to be used as little as possible.

As a cheap second phone, the Light Phone charges users $5 a month to use the independent SIM card and operates on a call forwarding basis from your smartphone. You can only store 10 numbers, so interruptions should be kept to a minimum. There’s also a vibrate-only mode. The battery life is 2-4 days depending on use, or up to 90 minutes of talking.

Of course, the big question is why? Unless you’re a philanderer or a drug dealer, why do you need a second phone, much less one that doesn’t do all that much? Isn’t it really just a sop to your own compulsion? And although it’s admittedly cool looking, isn’t $150, which the Light Phone currently is going for, a little steep for a phone that really isn’t much more cutting edge than something that came out in the early 1990s?

Actually, the company has a clever answer…

Our phones have become our nervous habit, our invisible crutch. ….When we consume so fast, there is no way for us to appreciate anything, and appreciation gives our lives meaning & purpose

Technology, the designers say, “should serve, not enslave, us. We don’t want to buy more stuff, to be told we’re not enough by our feeds, to be tracked or reduced to some data point. We are not anti-technology, we are humans and we’re taking our lives back.”

The Light Phone weighs 38.5 grams (about 1.3 ounces) and is the size of a credit card, so it’s mega-portable and unobtrusive. It’s currently only available as a pre-order and the SIM card so far will only work in the U.S.

Food That Improves your Look

Make It The Most Beautiful Experience In Life