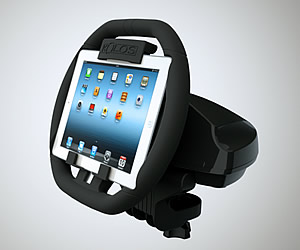 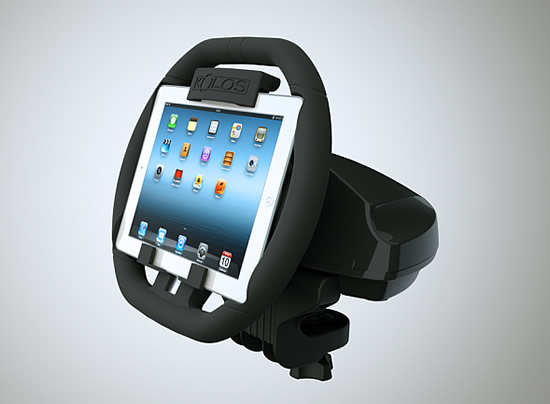 The iPad has carved out quite a reputation as a solid platform for video games, particularly racing games, thanks to its built-in accelerometers. But while using the whole tablet as a steering wheel is handy, holding a thin rectangle made of plastic and glass just doesn’t have the same feel as an actual arcade wheel. Soon though, iPad owners will be able to pick up a steering wheel that fits an iPad in the center and attaches to most surfaces. Once an iPad is placed inside, the KOLOS becomes a racing wheel and game console in one. 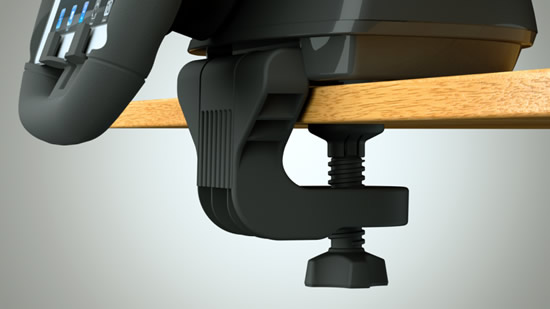 The KOLOS adjusts to hold any 9.7-inch iPad model (2nd, 3rd, and 4th generation) and locks it in place with a set of silicone clips. An anti-perspirant rubber coating and a contoured design give the wheel a comfortable grip, and its 12.3-inch (31.3-cm) diameter is small enough to tap the screen without taking your hands off the wheel. 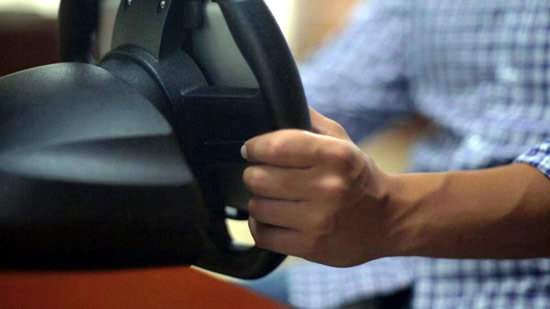 The base fastens securely onto any surface less than 5 cm (2 inches) thick, like a desk or table, using a vise-like clamp and some non-slip rubber pads. On the base, the wheel can turn 90 degrees in either direction and will automatically reset itself back to center on its own. You can also stream games to an HDTV or computer to turn the whole setup into a separate controller.

Even if you’re not into into racing games, the KOLOS still works as a decent hands-free stand. And as a handy feature, pressing a button on the back also detaches the wheel from the base entirely, for a better grip when carrying an iPad around. By itself, the wheel weighs only 450 grams (less than 1 lb.), so it could be useful for games that require a full range of motion. The KOLOS is available in black and gray color schemes and comes with a 1-year warranty.

There are a few caveats to a steering wheel that covers some parts of the device, since it does block a few buttons and ports. Once attached, the volume and silent/screen rotation buttons are still accessible, but the power button is not. That might be fine if you don’t plan on taking the iPad out for awhile, but the charging port is also covered, so you can really only use the KOLOS for as long as your battery lasts … and that’s all beside the fact that iPad mini owners are just out of luck.

KOLOS’ designers are currently in the process of raising funds to distribute the steering wheel, and are preparing to launch an Indiegogo page on November 5, according to the website. So far, there hasn’t been any word on pricing or if there will be an accompanying set of pedals and gear shift. If you’re a racing enthusiast with an iPad, though, this is definitely something to keep an eye on. – Gizmag

Why She Didn’t Call you Back

Most Expensive Computer Mouse in the World