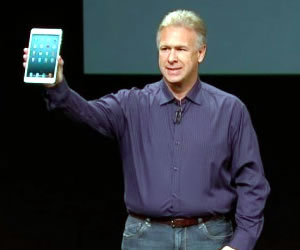 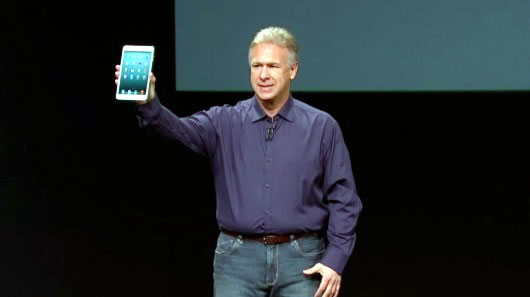 It’s official. At the California Theatre in San Jose, Apple has unveiled the iPad Mini. The smaller iPad marks the first expansion Apple has made to the iconic tablet’s product line.

As expected, the iPad Mini sports a 7.9-inch 1024×768 display, with narrow bezels on the side. It doesn’t quite have cutting edge specs, as its resolution and many of its internals are borrowed from the nearly two-year-old iPad 2. 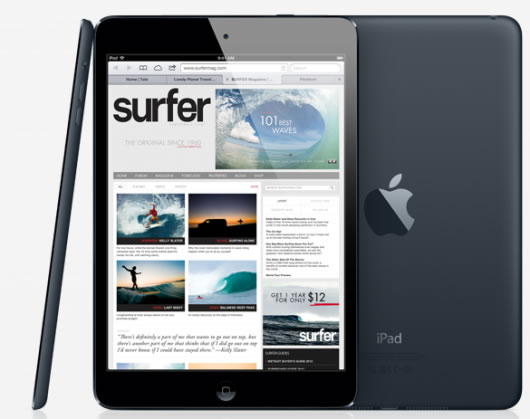 The iPad Mini’s killer feature, then, may be its design. It sets new precedents for lightness and thinness, weighing a mere 0.68 lbs (308 grams) and measuring just 7.2 mm thick. That’s 0.4 mm thinner than the iPhone 5, and just 1.1 mm thicker than the iPod touch 5G.

The iPad mini’s design may lend itself more to the iPhone 5 than to the full-sized iPad. It comes in black/slate and white/silver color options, just like Apple’s latest smartphone. Its back also appears to be made of the same aluminum as the iPhone 5. 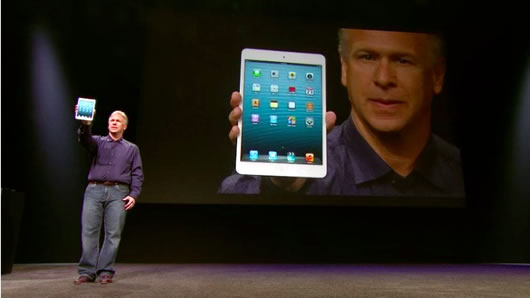 After many of the tablet’s details were leaked in advance, the biggest questions leading up to the event were the iPad Mini’s name and price. Despite rumors about an iPad Air, Apple went with the oft-rumored iPad Mini moniker after all. The pricing of the tablet was accurately predicted as well, starting at US$329 for the 16GB Wi-Fi only model. That puts it well above rivals like the Nexus 7 and Kindle Fire HD (they both start at $200), so it will be interesting to see how they all sell over the holidays.

The iPad mini also got an updated 720p front-facing (FaceTime) camera, and Apple designed a new smart cover for the device. It foregoes the larger cover’s aluminum hinges, placing the magnets instead on extensions of the accessory’s material.

For the first time in recent memory, Apple streamed a live broadcast the event. The keynote was broadcast on Apple TV and on Apple’s website, provided you were visiting it on a Mac or iOS device with recent software. This was likely a move to help guarantee maximum pre-orders for the brand new product.