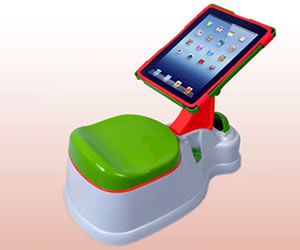 The oohs and ahhs coming from those attending this year’s Consumer Electronics Show in Las Vegas were accompanied by more than a few sighs of disappointment. “There was a time when you could expect the greatest gear in every product category to roll out at CES. The best laptops. The best TVs. The best mobile phones,” the Gadget Lab crew at Wired wrote in their roundup of the show. “But that time has passed us by.” The inevitable conclusion: “CES is not the same show it once was.”

It’s not that there weren’t plenty of cool new gadgets unveiled at tech’s annual product mecca. From 4K (or Ultra HD) television sets to ginormous smartphones to amazing morphing touchscreens, technophiles had lots to geek out over. It’s more that, as BrightLine CEO Jacqueline Corbelli writes, “the most remarkable thing about CES 2013 – I believe it will go down as a watershed moment – is that there really was no ‘next new thing.’”

At the same time, manufacturers large and small also offered up more than a few head-scratchers – devices that, even if they managed to score cool points, might be a little too clever for consumers, or nowhere near clever enough. 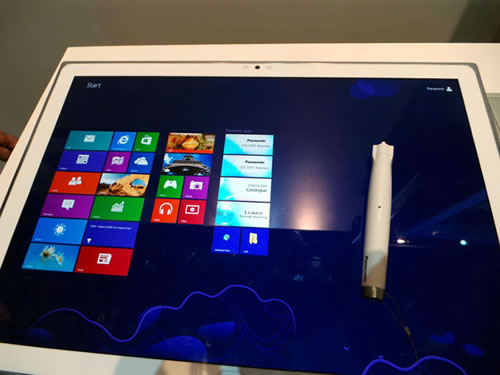 A great idea that just wasn’t ready for prime time. The massive 20-inch, 4K screen on this tablet “would make it perfect for architects, designers, and other folks who could really benefit from the extra detail and screen space,” writes Babb at InfoWorld. But testers complained about lag time even when doing basic tasks. In any case, it’ll likely be a while before this kind of tablet makes it to your desk. As Sascha Segan notes at PC Mag, “Panasonic’s 4K tablet is an awesome proof of concept, but it has some usability issues and will likely carry a very high price tag—two things that suggest that it’s going to take a generation or two before anything like it comes to mainstream businesses and consumers. 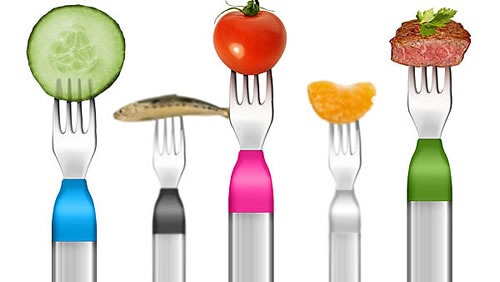 Useful health product or “the ultimate first-world solution to overeating”? Using a motion sensor, the HAPIfork tracks how quickly you’re shoveling food into your mouth and signals if you’re raising the utensil too much or too quickly. “The idea,” explains Dan Munro at Forbes, “is simple. If you slow down the rate of consumption you will take in fewer calories.” The fork generated plenty of buzz at CES, but critics say the idea, well, bites. The device, says InfoWorld’s Babb, “has no idea if you’re shoveling in pounds of bacon-wrapped bacon or just savoring your peas one at a time, so the whole thing an exercise in pointlessness.” 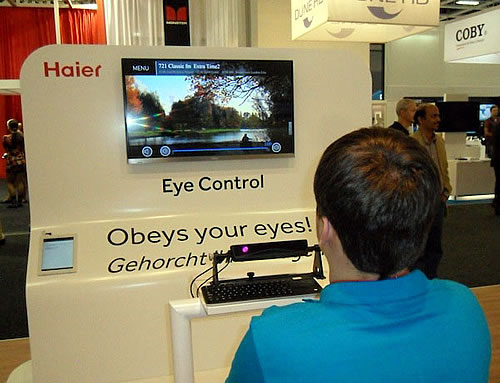 “In an apparent attempt to make laziness an art form,” Haier showcased a TV that users control with their eyes, says InfoWorld’s Babb. But, as Sam Bibb notes at Gizmodo, the interface “is a wreck” and other problems are “obvious.” For example, what if multiple people are watching? And, really, how taxing is it to just click a remote control? 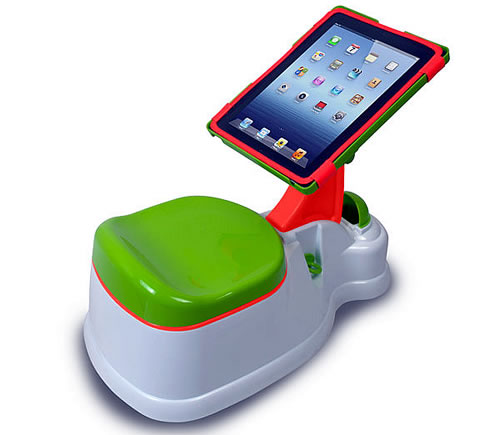 “No, this is not a joke,” says Pete Babb at Infoworld. This potty with an iPad holder attached could conceivably make toilet-training seem like less of a chore, but the universal reaction to the product seemed to be: Ewww. “Yes, the iPad is encased behind a touchscreen protector (protecting from number 1 and number 2),” says Zara Stone at ChipChick, but the combination of kids, toilets and iPads seems … wrong. “Add to that the fact that you’re giving them a terrible training for later life, the iPotty is just wrong on all counts.” 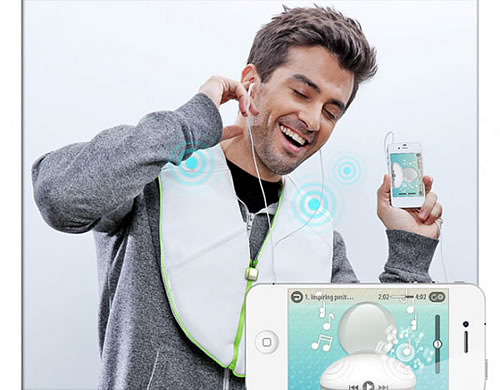 “iMassage devices were big at CES 2013,” says Stone at ChipChick. This one, though “looks like you’re wearing a toilet seat on your head…It might be a good massage, but can you really see yourself wearing this? Pass.” 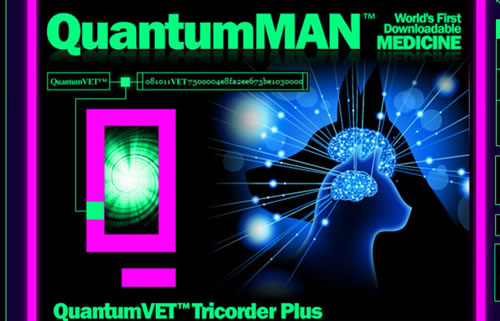 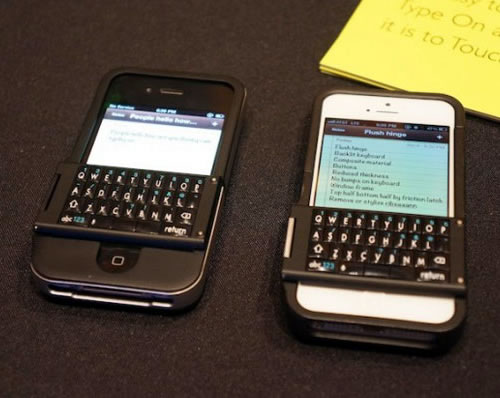 “For some reason, a small and backward-looking pool of people in the tech industry still believe that people hate typing on touch screens,” says Jamie Condliffe at Gizmodo. “Hence this plastic monstrosity, that seemingly aims to convert your sleek iPhone into a lumpen BlackBerry. Err, thanks?” 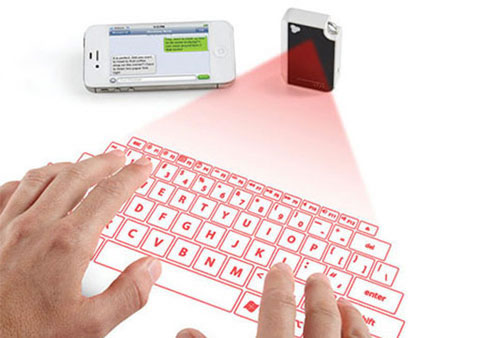 “Laser virtual keyboards were introduced as a proof of concept for phones and tablets a couple years ago, but now they’re hitting the market, and they’re bad,” Tumbokon writes. “Not only do they not feel natural, but they’re not accurate.” So unless you want to put on a mini lightshow for your friends, reviewers warn not to get keyed up about these keyboards. 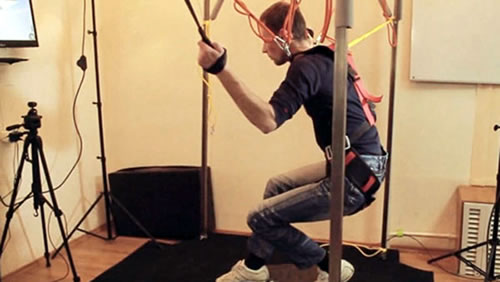 “Having GameCube in your living room not only seems it would take up way too much space, but it appears too physical and frustrating for hardcore gamers,” writes Karen Tombokon at Heavy.com. “Playing video games is supposed to be fun and relaxing, not work.” – Thefiscaltimes