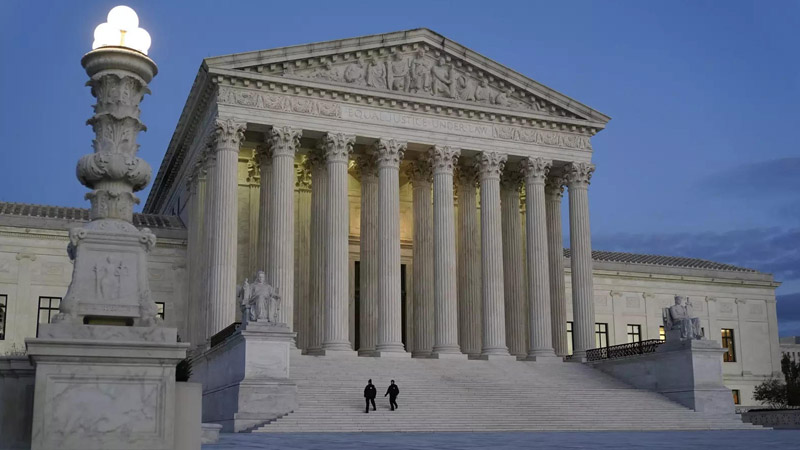 A New York Times report on a former anti-abortion leader’s claim that he was briefed in advance about the outcome of a crucial 2014 U.S. Supreme Court case regarding contraception sparked calls for an inquiry of a court already suffering from the leak of a historic abortion rights verdict on Saturday.

According to The New York Times, Rev. Rob Schenck was notified of the 2014 ruling weeks before it was made public, just after two conservative supporters had dinner at the home of Supreme Court Justice Samuel Alito and his wife.

Alito wrote the majority opinion, as well as one recently overturned the Roe v. Wade decision, which legalized abortion across the country, both of which were wins for the religious right.

Schenck, who previously led an evangelical nonprofit in Washington, said in a letter to Chief Justice John Roberts and in interviews with The Times that he was informed about the ruling in Burwell v. Hobby Lobby, a case involving contraception and religious freedom, according to the newspaper.

According to Axios, Schenck utilized his knowledge of the verdict to plan a public relations effort. He also informed the president of the Christian evangelical-run craft retail business Hobby Lobby that he would win the lawsuit.

In a statement, Alito stated that any claim that he or his wife leaked the 2014 ruling was “completely false.”

U.S. Representative Mondaire Jones, a Democrat from New York, wrote on Twitter: “Today’s well-sourced NY Times article strongly suggests Justice Alito leaked the 2014 opinion in Hobby Lobby and describes a conspiracy by the far-right donor class to influence the Supreme Court Justices. The House Judiciary Committee must investigate this while we still can.”

According to Brian Fallon, executive director of the progressive judicial group Demand Justice, the research is “the latest confirmation that the Republican judges on the Court are little more than politicians in robes.”

“The first step to recovery is to admit you have a problem. At SCOTUS, the problems run deep,” Democratic U.S. Senator Sheldon Whitehouse of Rhode Island wrote on Twitter.

Ron DeSantis waiting for Trump to ‘punch himself out of the presidential race: REPORTS

Taylor Swift fan regrets paying $5,500 for resale tickets: ‘I’m embarrassed I did it