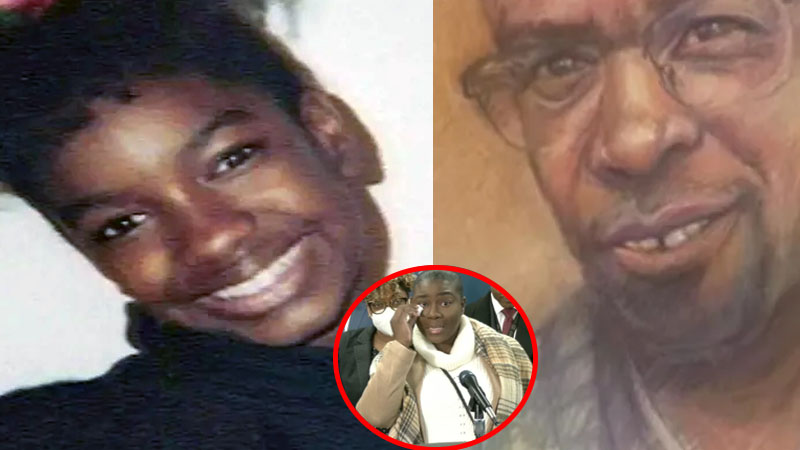 Authorities have identified a suspect in the 1995 cold case of a teenage girl who was on her way to school when she was raped and shot twice in the face by a man who eluded authorities for 26 years.

According to Atlanta police, Kelvin Arnold, 49, who died in 2021 before he could be identified, brutally assaulted and fatally shot 14-year-old Nicole Smith as she tried to take a shortcut through a wooded area on her way to school on June 7, 1995.

“There are literally boxes, and boxes and boxes of data and reports and evidence that has been analyzed as it pertains to this case,” homicide commander Ralph Woolfolk said Tuesday while announcing the breakthrough and commending the efforts of investigators in solving the decades-long mystery. “You can see the incredible persistence and the resilience, and just the relentless follow-through, not only from these detectives but also a family that’s endured something like this for 26 years. We can only imagine as to how that might feel today—being able to get some type of answers as to what has happened here.”

Following Smith’s brutal murder, Atlanta police interviewed “hundreds” of people and directed two recruit classes to canvass the neighborhood, according to authorities. Blood samples were collected from at least 50 people, according to police, but attempts to find a matching DNA profile were unsuccessful. The case remained unsolved until Atlanta Police Department detective Vince Velazquez resumed it in 2002.

“We don’t give up,” Velazquez said. “Twenty-six years, it could have been 36, you know, until I took my last breath I was going to work this case.”

Velazquez said he received a call about a forensic match two years after reopening Nacole’s case after the same assailant allegedly raped another teen, 13-year-old Betty Brown, not far from where Nicole was killed.

“Nicole’s killer was back,” Velazquez said, describing efforts to broadcast information about the unsolved case on television in order to generate new leads after receiving a description of the man from Betty.

Efforts to track down the suspect were futile, he said, until years later, when investigators were pushed to use genealogy and ancestry databases to identify the elusive suspect.

“It took a little over three years but we were able to develop a person of interest,” said Detective Scott Demeester who took up the case after Velazquez retired in 2017.

According to Demeester, investigators obtained a sample of the suspect’s DNA from evidence and found soon after Christmas that the Georgia Bureau of Investigation’s forensics lab was able to match it to the DNA profile obtained in both Nacole’s case and Brown’s unsolved rape case.

In another twist, Arnold was in hospice care when he died in Fulton County last August from liver and kidney failure, according to police. Arnold, who was 23 at the time of the alleged rape and murder of Nicole, was never arrested or charged in either case, and police told WAGA-TV that he had not been linked to any other crimes.

“My feelings are just all over the place, I don’t know what I’m feeling right now,” Smith said on Tuesday. “But I’ll tell you I’m in so much pain.”

Betty Bown said through tears that while she didn’t feel closure, she felt some sense of resolution.

“I am so conflicted because, on the one hand, I want to rise above and not let this control me, but on the other hand I want his family to suffer because he’s not here to suffer,” she said.

“I want them to feel the pain that my family has felt for years, knowing that that man that you loved, that you appreciated, that you are respected, did something so horrible to me and Nacole and I want you to live in that. I want you to wear that as I did like I do every day of my life.”

Brad Pitt Stinks and Friends Have Advised him to Pay More Attention to his Hygiene: Rumor