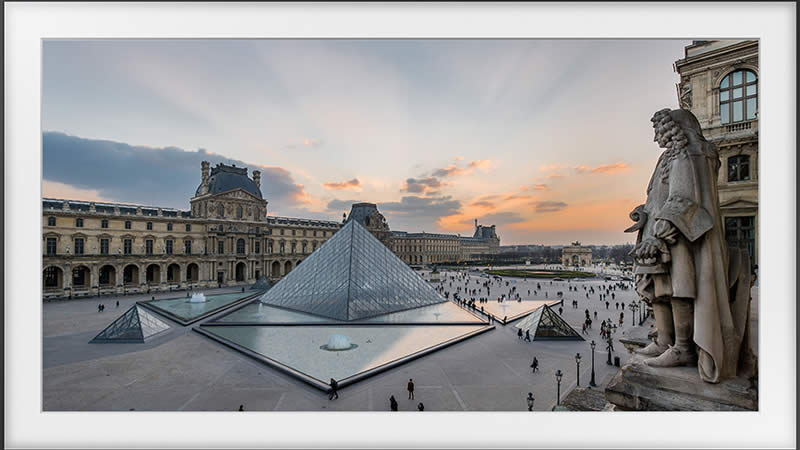 Samsung has partnered up with the Musée du Louvre, also known as the Louvre Museum, that would bring artworks from the museum to the Art Store.

Those who own Samsung’s lifestyle TV, The Frame, can access the Art Store.

The “Mona Lisa” by Leonardo da Vinci and “The Wedding Feast at Cana” by Paolo Veronese will be among the artworks on display. There are also photographs of the Louvre Museum’s galleries and grounds.

Samsung has teamed with the Louvre Museum to add artworks from the French museum to The Frame’s collection of artworks.

“Through this partnership, Samsung will continue to develop the Art Store on its Lifestyle TV, The Frame, through an exclusive artwork partnership with the Louvre in Paris, France,” a press release from Samsung UK reads.

“Ever since we launched our Lifestyle TV portfolio in 2017, we have focused on developing the Art Store platform with prestigious partners. We want to offer much more than a television, inviting art into the homes of The Frame owners everywhere,” said President and Head of Service Biz Team at Samsung Electronics Wonjin Lee, as quoted in the press release.

Samsung’s collaboration with the Louvre Museum allows The Frame’s owners to virtually tour the museum through their lifestyle TVs. Samsung will add forty new pieces of art and photographs to its catalogue, including the “Mona Lisa” and “The Wedding Feast at Cana.”

There are additional photos of the Louvre Museum’s galleries, architecture, and grounds. Owners of The Frame will also be able to access exclusive material later this year.

The Frame’s Art Store “now boasts a catalogue of over 1,500 works of art from 43 different countries that consumers can enjoy in 4K picture quality from museums and galleries around the world,” as per the Samsung press release.

The Prado Museum in Madrid, the Hermitage State Museum in St. Petersburg, and the Van Gogh Museum in Amsterdam are among the museums included in the catalogue, in addition to the Louvre.
The Frame lifestyle TV was initially introduced by Samsung in 2017.

As per a Tech Times report about its unveiling, it was defined as a “wall-mounted TV that looks like a picture frame.”

The 2021 edition of The Frame, according to Samsung’s website, has new colours, styles, artwork, and add-ons that you may enjoy with the visual quality of a 4K QLED picture frame TV.

The Samsung press release states, “The 2021 version of the Lifestyle TV offers new custom options to complement every space and style, with two frame designs: modern (available in white, teal and brown) and bevelled (available in white and brick red).”

U.S. court upholds dismissal of a lawsuit against NSA on ‘state secrets’ grounds