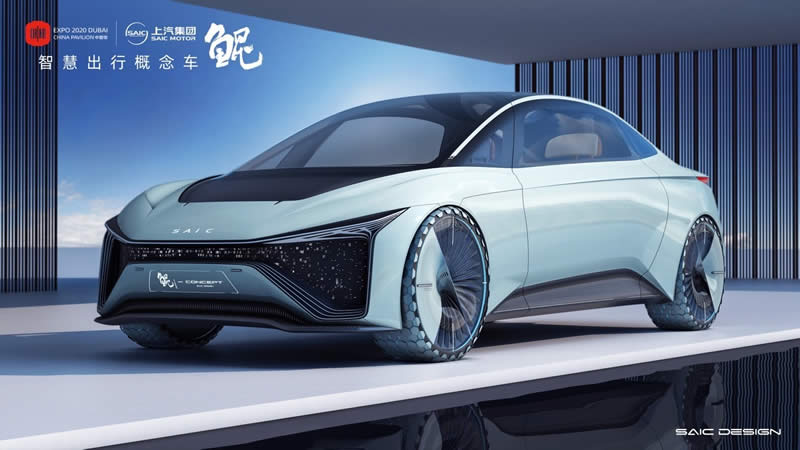 Dubai Expo officially opened on October 1; SAIC Motor’s latest car concept, “Kun”, forms the most dazzling display elements together with China’s Beidou satellite and China’s high-speed railway, demonstrating the powerful innovative force and unique technological charm of manufacturing. high-end from China to the world. At the same time, SAIC Motor’s own brands MG and MAXUS also provided the latest models as designated official vehicles for the China Pavilion during the Expo.

A vision of “smart mobility” for a better life

The Universal Exhibition, with a long history of more than 160 years, is known as the “Olympic event in economic, technological and cultural circles” and has become a global stage to show new concepts, new ideas, and new technologies.

“It all starts with the World’s Fair.” Trains, lights, telephones, airplanes, roads, and other technologies and concepts that were first launched at the World’s Fair have gradually been incorporated into people’s daily lives and have energetically promoted the continued progress of society. human.

A vision of “smart mobility” for a better life

At the 2010 Shanghai Expo, SAIC Motor built a car companies pavilion, showing a desirable image of “Straight to 2030” with zero emissions, zero traffic accidents, stay away from oil dependency, and away from traffic jams.

At Expo Dubai 2020, SAIC Motor brings the “Kun” concept co-created by forward-thinking design teams from Shanghai and London. Citing the legend of the “leviathan” in Zhuangzi’s Carefree Soaring, inspired by “the world and China, the mountain and the sea”, the “Kun” concept integrates bio intelligence interaction, photosynthetic energy, zero gravity seat, holographic image interaction, and advanced autonomous driving technologies, presents a beautiful picture of intelligent mobility that is not limited by future space and the fusion of human and vehicle environments. It will bring a unique “a look at technology, a look at the future and a look at China” experience to the global audience of the Expo.

Building on the advantages of innovative technologies such as new energy vehicles and smart grids, SAIC Motor is actively creating differentiated international competitiveness. From January to August this year, sales in foreign markets exceeded 370,000 units, with a year-on-year increase of 106.4%, ranking first in foreign sales of Chinese automotive companies.

Among them, the MG brand reached 182,000 units with a year-on-year increase of 83.9%. MG’s sales in developed countries accounted for nearly 40% and won the “China Single Brand Overseas Sales Champion”. NEV’s own brand sales in developed European countries were nearly 19,000, an increase of 133% year-on-year, ranking at the forefront of vehicle segments in countries such as the UK, Norway, Denmark, and Iceland.

At the same time, the “i-Smart” smart grid system has been popular with consumers in Thailand, India, Indonesia, and other countries. It has been used in more than 30 models abroad and has activated more than 130,000 users.