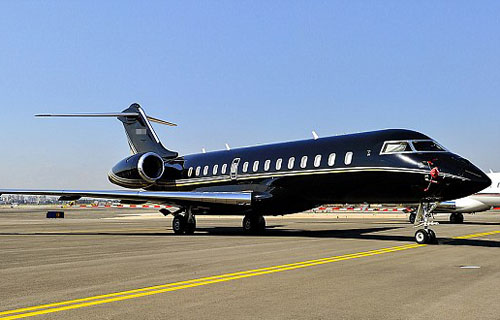 Former prime minister’s luxury private jet of choice is ‘owned by one of Britain’s richest men’. The ‘Blair Force One’ private jet is owned by one of Britain’s richest men, it was claimed today. The Bombardier Global Express used by former prime minister Tony Blair is said to be owned by Richard Caring, who made his £800million wealth in the fashion, property and restaurant industries.
[contentblock id=1 img=adsense.png]
Mr Caring, 62, is a Labour donor who lent the party £2million ahead of Mr Blair’s third election win in 2005, and the £30million luxury jet has the ability to fly 7,000 miles and 13 hours non-stop. The bespoke aircraft has a stateroom, lounge, kitchen and bed. It has 19 seats with a distinctive black-and-gold livery and luxurious interior, including leather seats and walnut panelling. 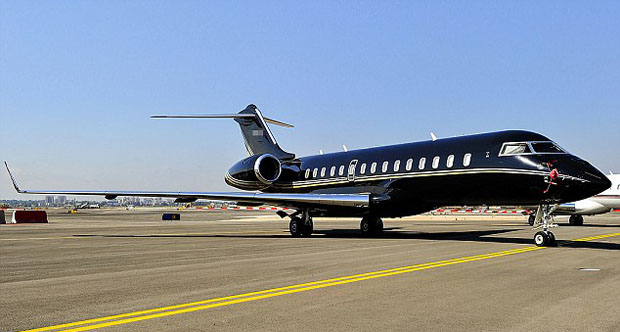 The plane Mr Blair has been using was built in 2006, and registered with the Civil Aviation Authority two years later. Registration details list Mr Caring as its owner, reported The Sunday Telegraph. 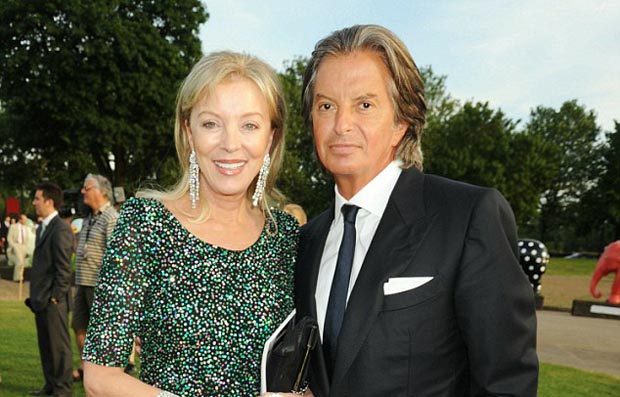 It is unclear what Mr Blair, 61, pays for use of the jet – operated and managed via International Jet Club – although the usage cost was quoted by the Mail in September 2013 as being £7,000 an hour.
[contentblock id=2 img=adsense.png]
While in Downing Street, Mr Blair’s administration looked at plans for a jet dubbed Blair Force One – in homage to the US president’s Air Force One – but the scheme was abandoned as too expensive. Mr Blair now works in consultancy roles and charges huge fees for public speaking – but last July suggested he was worth less than £20million, following reports the figure was closer to £100million. 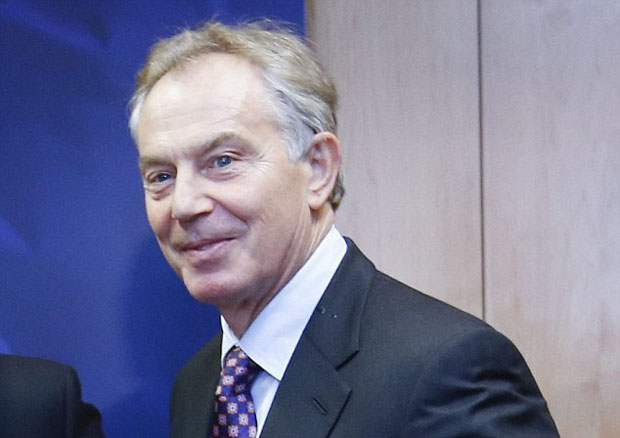 He works in countries as diverse as Mongolia, Kazakhstan and Rwanda, and was seen getting off the plane three times in 2013 in Bangkok, Sardinia and New York, reported the Telegraph. One aviation expert told the newspaper that the Global Express jet typically costs £800,000 to lease for a month, including costs for fuel, pilots, cabin crew and landing among other expenses.
[contentblock id=3 img=gcb.png]

But MailOnline understands that father-of-four Mr Blair does not lease a plane on a monthly basis. A spokesman for Mr Caring was unable to confirm or deny today whether he is the owner of the jet. Mr Caring, of Hampstead, north-west London, owns exclusive Annabel’s in Mayfair – the only nightclub which can say it once had the Queen as a guest – and restaurant Le Caprice in Piccadilly. The 62-year-old, married to former model Jackie, made his fortune in the Eighties and Nineties supplying, among others, his friend Topshop boss Sir Philip Green with clothes from the Far East.