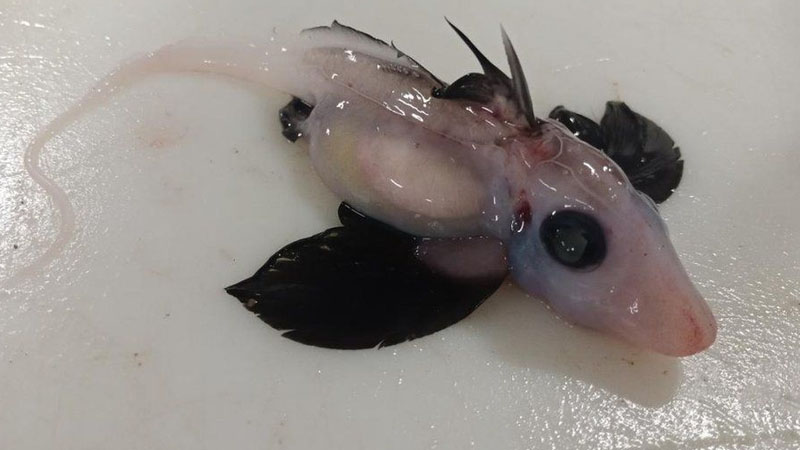 Scientists in New Zealand have identified a previously unknown fish species that live in the shadowy depths of the ocean, according to the BBC. Per the BBC, the newly-hatched ghost shark was found at a depth of 1.2 kilometers off the east coast of New Zealand’s South Island.

The species, also known as a chimera, is rarely seen. According to scientists quoted by the BBC, seeing a ghost shark baby is even rarer because they hatch from eggs laid on the seafloor.

A member of the team, Dr. Brit Finucci, called it a “neat find,” adding that the discovery was made by accident. Dr. Finucci, a fisheries scientist at the National Institute of Water and Atmospheric Research, explained that baby ghost sharks normally hatch from egg capsules laid on the seafloor.

As per NIWA, his team members claim that the discovery will aid in their understanding of the early stages of the mysterious group of deepwater fish.

Dr. Finucci told the BBC, “Deepwater species are generally hard to find, and like ghost sharks, in particular, they tend to be quite cryptic.”

She went on to say that the fish had just recently hatched as its belly was still full of egg yolk.

For years, marine biologists have been studying ghost sharks to better understand their behavior and food habits. Baby ghost sharks exist in very different habitats and can have different diets.

What The Scientists Plan To Do Now?

Dr. Finucci stated that her team will take samples of tissues and random genetics in order to gain a better understanding of the species.

“We’ll do a whole bunch of morphometrics or body measurements as well,” she further told the BBC.

What Are Ghost Sharks?

Adult ghost sharks can be up to 2 meters long and can be found all around the world. In shallow coastal waters, only a few of these fish are found.