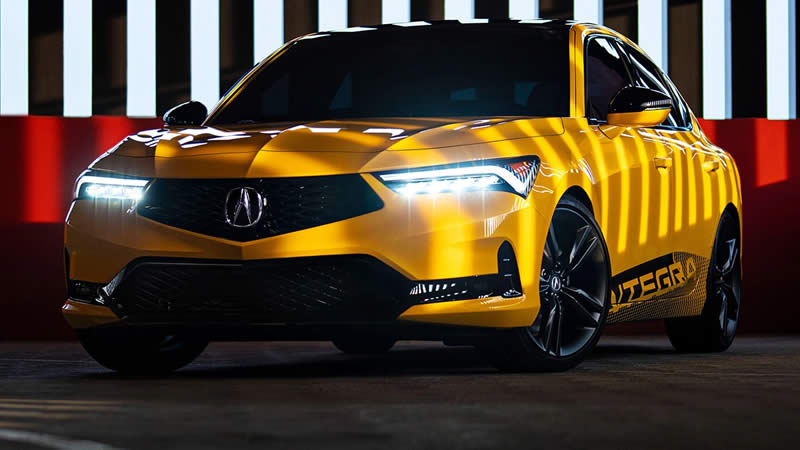 Acura gave the world its first look at the highly anticipated new Integra and signaled the return of the famous nameplate to the Acura range. Complete with stunning Indy Yellow Pearl paint borrowed from NSX, the Integra prototype is a powerful display of the exterior of the all-new 2023 Acura Integra, which will cost around $ 30,000 when it arrives at Acura dealerships next year.

Inspired by previous Integras, including the original that introduced the Acura brand in 1986, the Integra 2023 will be the new crossover performance model in the Acura range, a premium sports car with an impressive five-door design and driving experience. . The first Integra with factory turbocharging will delight a new generation of enthusiastic drivers with the available six-speed manual transmission, the limited-slip differential and of course the powerful 1.5-liter engine with VTEC.

“The Integra is one of the most iconic models in Acura’s history,” said Jon Ikeda, Vice President, and Acura Brand Officer. “This new Integra will continue to deliver on the original’s unique aspirational yet attainable market position, with emotional performance and style, combined with the versatility and utility sought after by today’s buyers.”

The bold exterior design of the new Integra, designed in Japan, features a strikingly sloping roofline and a retractable tailgate that give the car an unmistakable coupé-like street presence. As a modern interpretation of the Integra series, the fifth-generation model shows trademarks such as the headlight on the driver’s side and the embossed Integra name under the taillight on the passenger side.

The new frameless Diamond Pentagon grill from Acura, which was first seen in the Type S Concept, gives the Integra front a purposeful and sporty character. Acura’s unique lighting signature has been updated with “Chicane” LED daytime running lights, now placed over Integra’s JewelEye LED headlights for an even more dramatic look.

The distinctive Indy Yellow Pearl paintwork of the Integra prototype is reminiscent of the Phoenix yellow that was offered on the legendary Integra Type R from 2000-2001. High-gloss accents in Berlina Black have been added to the roof, the tailgate spoiler, the mirror caps, the rear diffuser, and the front grille of the Integra. . The lower sill graphic boldly shows the name Integra on the side of the vehicle.

More details on the Acura Integra 2023 will be announced shortly before its launch in the first half of next year.