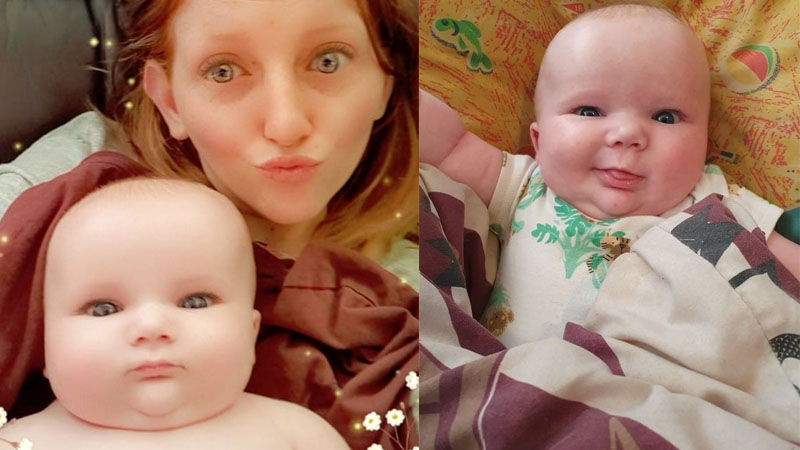 Josie faced backlash after revealing what she called her son – keyboard warriors attacked the mum over the unusual baby name. They fear the boy will be “bullied” forever

A mother was chastised for referring to her son as Lucifer. Josie was relentlessly trolled after calling into the Jeremy Vine show to discuss baby names.

When the 27-year-old from Plymouth named her son, she wasn’t inspired by the devil. She claims the seven-month-name old’s just came to her one day and she liked how unique it was.

“There wasn’t any inspiration for the name,” the mother of two told Devon Live. I’ve looked through a lot of baby books and I like unusual names. I dislike having standard names.

“I assumed I was having a girl so I picked a girl’s name because we are a very female-dominated family – I was going to call her Narnia but then I found out I was having a boy.” Josie, who also has a six-year-old daughter, continued: “I like the names I like, it may not be right for other people.

“When I chose his name I knew people wouldn’t like it but it’s not up to them. “I had a couple of family members saying ‘you can’t call him that, but I said I’m not religious so it doesn’t stand for what other people think it stands for.

“But my dad knows what I’m like and that I like to be unique so he said that seems like you,” Josie claims she has received a large number of insulting comments since appearing on tv.

While some expressed concern that the boy would be “bullied for life,” others called the moniker “sad.” Despite the backlash, the mother has received multiple messages of help and support from people who really love the name.

She said: “I’ve had a lot of hate since being on Jeremy Vine but it still doesn’t change my opinion, I don’t regret choosing that name.

“I’ve had messages all day. I didn’t realize that one impulse phone call to Channel 5 would end up in me having so many. “I do think people have a right to have an opinion – it’s mostly the older generation that doesn’t like it.

“I like the name because I like it, I don’t think it stands for the devil, in my eyes. “If the devil was called something else, you wouldn’t like that name either.

“It’s about people’s mindset with the name. “I’ve had people ask me why, but I say why not? The name is no different than Sarah or Dom.”