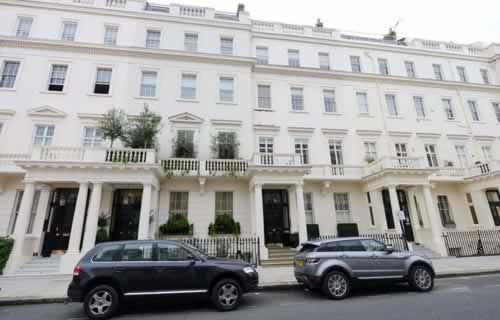 The top ten most expensive house sales of the year have been revealed – topped by a stunning £50million penthouse.

Land Registry data confirmed that an apartment on Princes Gate, London, was the biggest deal of the year and cost almost twice as much as the second most expensive property, a £27million terraced home in west London.

The £50million apartment is one of 11,115 properties which have sold for more than £1million in 2014. The deal went through in July with the buyer left with a huge £3.5million stamp duty bill. 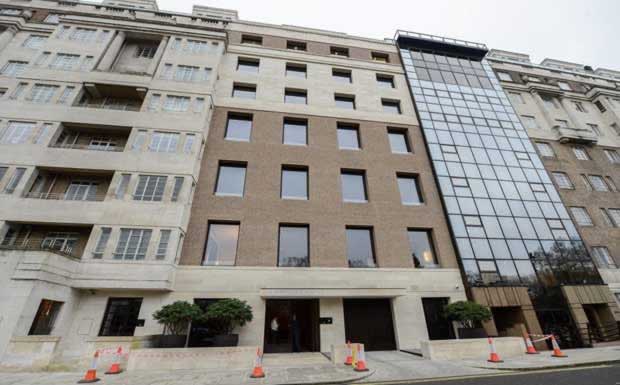 One flat at Princes Gate (pictured) near Hyde Park in central London, sold for £50million in 2014 while a second Princes Gate apartment set another buyer back £26.5million, Land Registry data has revealed 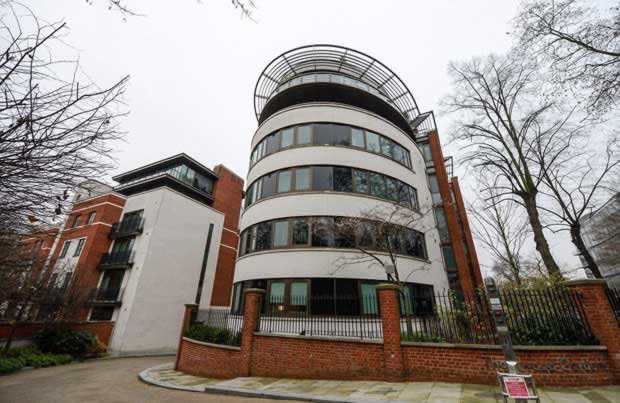 A terraced home in Thornwood Gardens (pictured) in west London was the second most expensive property deal this year at £27.9million. Stamp duty on the property was £1.95million 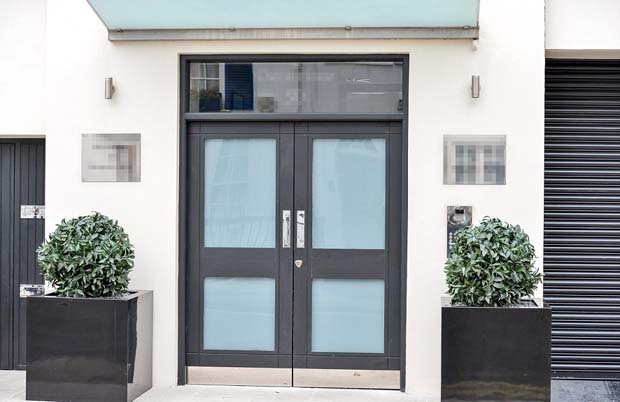 A penthouse flat in Montpelier Walk, Knightsbridge, London sold for £24.5million, making it the fourth most expensive property this year. Buyers would have had to pay stamp duty of £1.7million 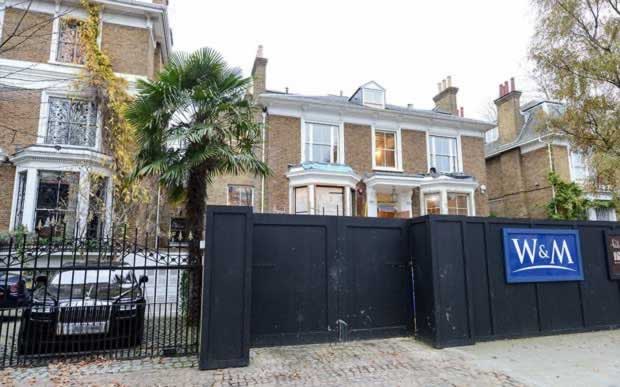 A seven-bedroom mansion on Holland Villas Road, Knightsbridge, London, which exchanged hands for £24million, was the joint fifth most expensive property.

However, if the house – which cost 282 times as much as the average home – was bought now the tax bill would shoot up to just under £6million following the stamp duty change.

The penthouse, which was not marketed publicly, is the second most expensive property in Land Registry history after a mansion in The Boltons, west London, which sold for £55million in 2012.

A mansion in Mayfair sold this week for around £45million, but this sale is unlikely to be confirmed by the Land Registry before the end of the year.

The figures come from the ‘Price Paid Data’, a set of figures released each month by the Land Registry.

Despite there being two more months of official figures to be released, there have already been more £1million transactions in 2014 than the whole of last year. 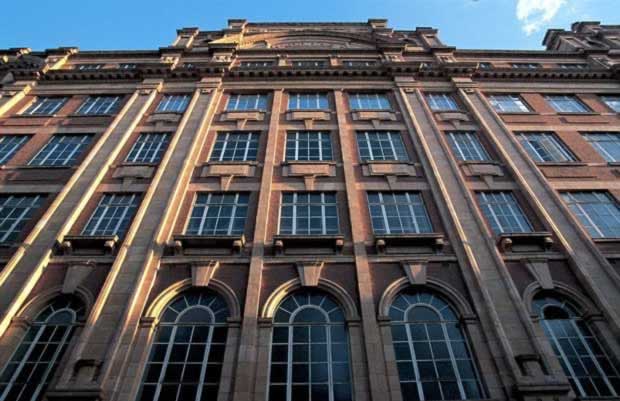 A flat in this building at Trevor Square in Knightsbridge, London, was sold for £24million and shared the fifth spot on the top ten list for 2014 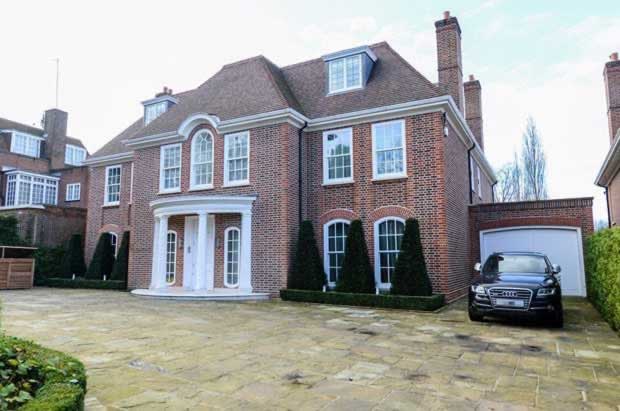 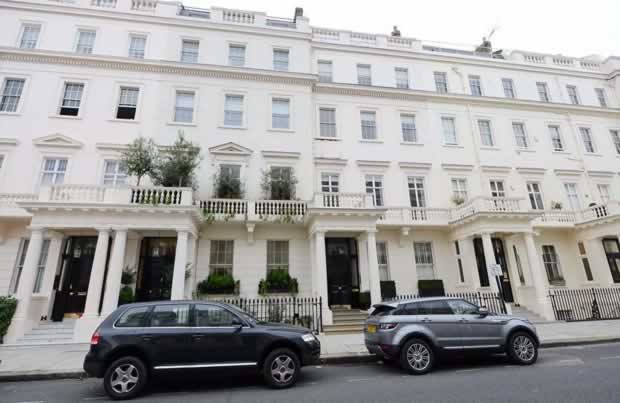 A flat on the historic Eaton Place in Belgravia, London cost £20.1million with stamp duty of £1.41million. Stamp Duty from the top ten sales alone came to £18million – enough to pay for more than 800 nurses.

Apart from 2008 and 2009, the number of million-pound properties has increased every year. The top ten most expensive homes consist of five flats and five homes, all of which are in London.

A penthouse on Montpelier Walk in Knightsbridge was the fourth priciest home, selling for £24.5million.

A seven-bedroom mansion on Holland Villas Road, Kensington, which exchanged for £24 million, was the joint fifth most expensive property. It shared this spot with an apartment on Trevor Square, Knightsbridge.

The seventh biggest deal lodged with the Land Registry this year was for an eight-bedroom new build on Winnington Road, north London, which set back the buyer £21million.  flat on the historic Eaton Place cost £20.1million while a home on Phillimore Gardens, in Kensington, sold for £19.75million.

Making up the top ten was a home in Cottesmore Gardens, Kensington, which cost £19.5million. Stamp Duty from the top ten sales alone came to £18million – enough to pay for more than 800 nurses. The Price Paid Data is made up of all residential property sales in England and Wales which are sold for full market value and lodged with the Land Registry. It does not include properties which are not lodged with the Land Registry or homes which are bought through companies. As a result, a number of expensive homes slip under the radar with no official price revealed. This year there have been 28, £15million-plus deals and 73 properties costing £10million or more. The biggest deal done outside of the capital was on a mansion in Weybridge, Surrey, which cost its new owner £12.5million. Of the top 500 sales of the year, just 30 were outside London.

Henry Pryor, a buying agent, believes the market is set to cool as Britain heads towards next summer’s General Election. 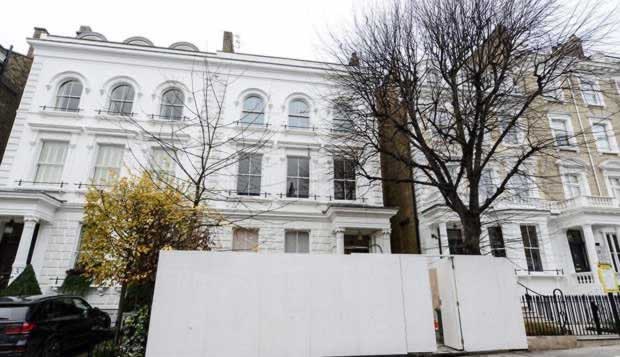 A property in Phillimore Gardens, Kensington, sold for £19.75million, the Land Registry figures revealed, making it the ninth most expensive deal this year 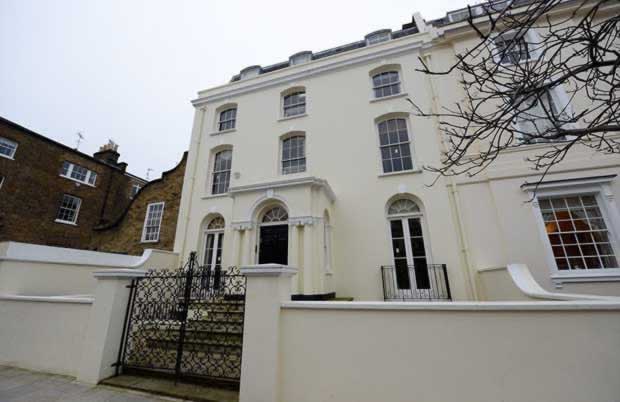 Making up the top ten was a home in Cottesmore Gardens, Kensington, London which cost £19.5million. The biggest deal done outside of the capital was on a mansion in Weybridge, Surrey, which cost its new owner £12.5 million.

The Most Expensive Team in Sports History