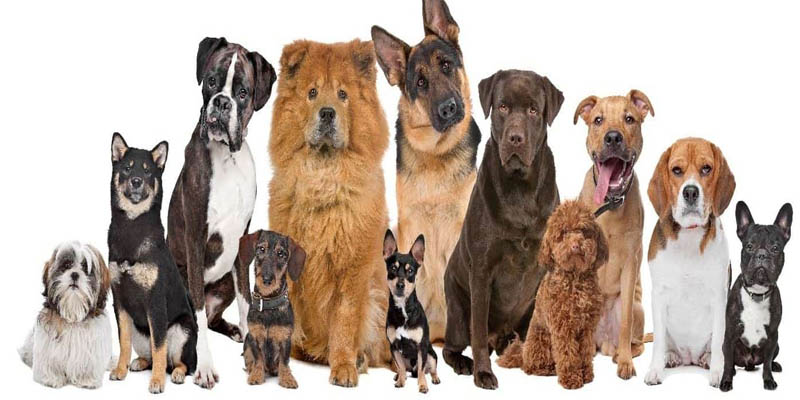 A dog, which is also popular as man’s best companion, sometimes does not come without a price. Many dog lovers are willing to pay thousands of dollars for specific dog breeds. Here are the top 10 most expensive dog breeds in the world. Please Note: The cost can vary greatly based on breeder, location and bloodlines.

The Czechoslovakian Wolfdog (or Vlčák/Vlčiak) is a relatively new breed of dog that traces its original lineage to an experiment conducted in 1955 in Czechoslovakia.

The breed was engineered to assist with border patrol in Czechoslovakia but were later also used in search and rescue, schutzhund, tracking, herding, agility, obedience, and drafting. Expect to pay upwards to $1,500 dollars for this breed.

The Royal Dog of Egypt, also known as Saluki has been good friends to men since the time of the Pharaohs. The Saluki is a dog breed originating in the Fertile Crescent. The Saluki is classed as a sighthound and is typically deep-chested and long-legged.

Salukis tend to be independent animals requiring patient training and are gentle and affectionate with their owners. Males can weigh up to 60 pounds and can reach up to 28 inches. The price can reach around $2,500

The Peruvian Hairless Dog is a breed of dog with its origins in Peruvian pre-Inca cultures. It is one of several breeds of hairless dog. This dog is perhaps the most oddest-looking dog breeds out there. It is completely hairless with an elephant grey skin color. The price is up to $3000 for a hairless Peruvian

The Azawakh is almond eyed and thin. It moves with a distinctly feline gait and can be found in a variety of colours as well as varying degrees of refinement, though the format is basically constant. This breed is one of the very few African breeds that are available for purchase in the Canada and United States. Usually a sandy or brown colour, this breed is quite lively and needs lots of physical activity and a caring owner in order to be truly joyful. The price can reach $3000 and up

The Rottweiler is a breed of domestic dog, regarded as medium-to-large or large. The dogs were known in German as Rottweiler Metzgerhund, meaning Rottweil butchers’ dogs, because one of their uses was to herd livestock and pull carts laden with butchered meat to market.

This continued until the mid-19th century when railways replaced droving for herding. Rottweilers are now used as search and rescue dogs, as guide dogs for the blind, as guard dogs and police dogs. The price for certain blood lines can be upwards of $4000!

The Akita is a large breed of dog originating from the mountainous northern regions of Japan. There are two separate varieties of Akita: a Japanese strain, commonly called “Akita ken” in Japan, “Akita Inu” (“inu” means “dog” in Japanese), or “Japanese Akita”; and an American strain, known as the “Akita” or “American Akita”.

The Akita has a short double-coat similar to that of many other northern spitz breeds such as the Siberian Husky, but long-coated dogs can be found in many litters due to a recessive gene. The price can go as high as $4,500 for certain Akita breeds.

The Pharaoh Hound is a breed of dog and the national hound of Malta. Its native name is Kelb tal-Fenek in Maltese, which means “Rabbit dog”. The dog is traditionally used for hunting rabbits in the Maltese Islands. Pharaoh Hound possesses a very royal look, high intelligence and athletic disposition. Some Pharaoh Hound bloodlines can reach upwards of $6,500!

The Tibetan Mastiff is a Tibetan dog breed. Originating with the ancient nomadic cultures of China, Nepal and Tibet, its use by local tribes of Himachal Pradesh was to protect sheep from predators. Tibetan Mastiff is one the largest and most protective breeds in the world. These dogs can be as tall as 33 inches and reach up to a whooping 160 pounds. The price for certain breeds is up to $7,000!

The Samoyed is a breed of dog that takes its name from the Samoyedic peoples of Siberia. These nomadic reindeer herders bred the fluffy white dogs to help with the herding, and to pull sleds when they moved. These dogs are playful competitive, strong and alert. Expect to pay upwards to $8,000-$10,000 for a Samoyed.

Löwchens also known as “little lions” are small, long-haired dogs that have been recognized as a breed since the Renaissance. Löwchens are widely noticed on many prominent Renaissance paintings, the breed was very popular with nobleman. Löwchens are extremely rare now, by the 19th century Löwchens are virtually extinct. The rarity of the Löwchen will fetch upwards to $10,000 dollars in some locations

The Head-to-Toe Hygiene Guide for Men

8 Best Abs Exercises of All Time

Three Most Expensive Leica cameras Produced in a Series Sell for $4.7 Million