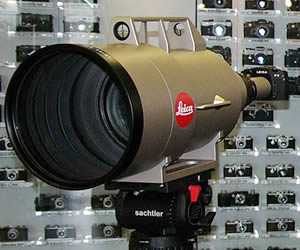 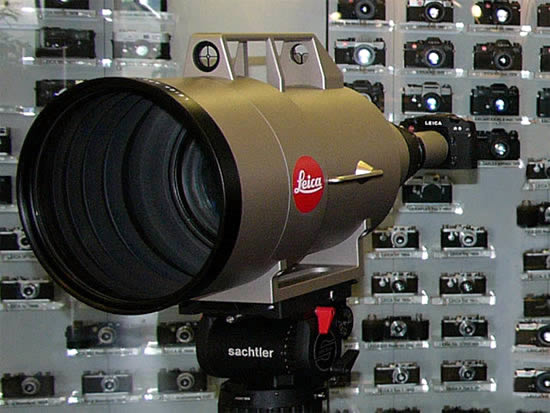 The 1923 Leica O-series that previously set the record for the most expensive camera ever sold, has a powerful contendor- The Leica SPO lens. The latest, most expensive camera lens is superior in terms of other aspects too- It also happens to be the longest, biggest and heaviest camera lens to be manufactured ever. The Leica SPO-Telyt with R 1:5.6/1600mm lens which was ordered by Sheikh Saud Bin Mohammed Al-Thani of Qatar, is 1.2 meters long, 42 cm wide and weighs 132lbs (60 kgs). The bulky camera lens which requires a tripod to be used, is compatible with Leica’s 1.4x and 2x APO-teleconverters that would give it a focal length of 2,240mm and 3,200mm.

Can anybody guess the price for this custom-made lens? It is priced for a whopping $2,064,500. A precious object such as this would obviously require special protection too, that’s why Sheikh Al-Thani commissioned a specially-equipped four-wheel drive Mercedes to carry and move around the expensive lens.

Most Expensive Pens in the World