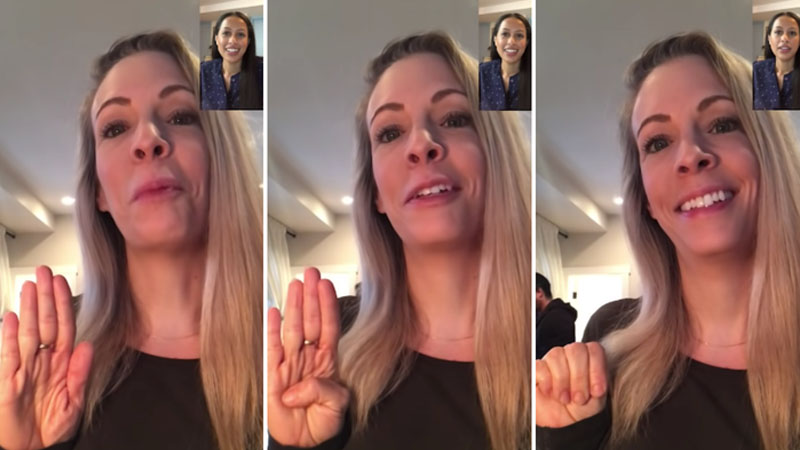 A teen who went missing in the United States was located after she used TikTok hand signals to show she was in danger. Her parents reported her missing in North Carolina on Tuesday morning, and she was found inside a car two days later in Kentucky.

To notify a passing car, the 16-year-old made the gesture designed to help domestic abuse victims seek aid. A 61-year-old male has been arrested, according to authorities.

The Laurel County Sheriff’s Office claimed in a statement that a driver noticed “a female passenger in the vehicle making hand gestures that are known on the social media platform TikTok to represent violence at home – I need help – domestic violence,”

The girl “appeared to be in distress” according to the caller and was being driven by an older male.

Officers learned that the unnamed girl had traveled via North Carolina, Tennessee, Kentucky, and Ohio.

On Thursday afternoon, police detained James Herbert Brick, 61, of Cherokee, North Carolina, while he was traveling near a Kentucky freeway.

According to the Canadian Women’s Foundation, the hand gesture is a one-handed symbol that can be used when someone is distressed.

The victim raises their hand, palm facing out, tucks their thumb inside their hand, and then closes their fingers on top of the thumb.

During the early pandemic lockdowns in 2020, the “signal for help “campaign swept through social media in an attempt to combat an increase in domestic violence.

As per BBC, the concept was to create a non-verbal cue for domestic abuse victims to seek help.

In the aftermath of the murder of Sarah Everard, which generated a debate about women’s protection, videos exhibiting the signals gained traction in the UK.