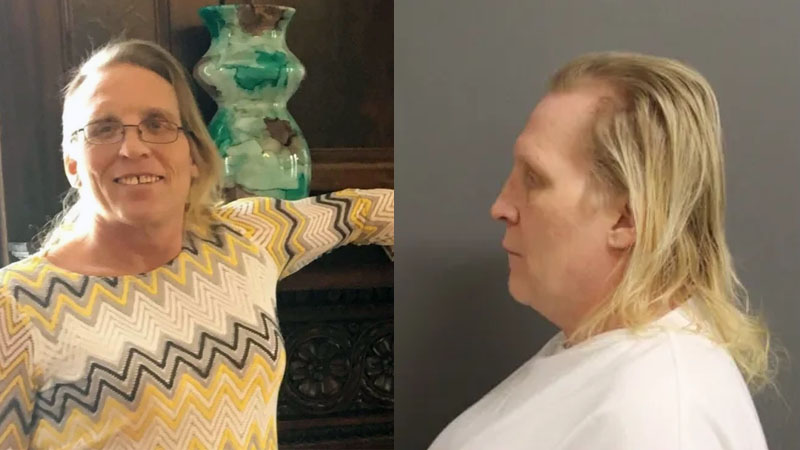 A 56-year-old trans woman claims that throughout her time in the prison, the male prisoners abused her and that she was denied geni*al surgery despite the fact that she had been socially, legally, and medically accepted as a woman for years prior to being sent to a male prison. In the case, the trans woman, who is serving a term for a felony drug offense until 2024, claims she was discriminated against and seeks at least $50,000 in money damages as well as a transfer from the men-only prison, according to Charleston Press.

The 56-year-old C. Lusk, who was one of the first to report on the matter, asserts in the complaint that she has always been a woman “socially, medically, and legally,” but claims that the DOC has refused to recognize this. Lusk started human therapy 14 years ago, came out as transgender, and changed her name legally in 2018. Lusk was sentenced to 5 years in jail after entering a guilty plea to a felony drug possession charge. She was sent to jail by men even though she identifies as a woman.

Lusk claims that since she was jailed in 2019, the male inmates have mistreated her. The trans woman ‘has been unlawfully locked’ in a cell with a number of other male inmates, according to the lawsuit, and she felt unsafe there all the time because she was supposedly the target of ongoing harassment and violence.

The Minnesota Department of Corrections (DOC), as well as Commissioner Paul Schnell, Deputy Commissioner Michelle Smith, and Medical Director James Amsterdam were named in the lawsuit, which was brought on Lusk’s behalf by the advocacy group Gender Justice. Schnell, Smith, and Amsterdam are members of the DOC’s transgender committee, which reviews requests for prison transfer from transgender inmates in the state.

The lawsuit goes on to say that Lusk had a vaginoplasty planned but was unable to have it done because she was being held in jail and had just undergone a “top surgery” before being jailed. She asked to have a geni*al surgery soon after being detained in 2019, but the DOC’s medical director in Amsterdam denied her request, adding that she “could pursue that after release.”

“I have been diagnosed with severe Gender Dysphoria. I have attempted suicide four times due to the severe distress caused by my GD as well as self-mutilation. My mental capacity is under control, and I am able to make good decisions as far as surgery. I have letters of support from my primary physician, my gender specialist, my therapist, as well as my psychiatrist, only two letters are required for surgery but I go up and beyond what is required,” Lusk wrote in the complaint according to the Daily Mail.

According to the lawsuit, it is unconstitutional and a clear violation of Lusk’s human rights to fail to recognize her as a woman and place her in a prison for men only. Furthermore, Lusk claims in the lawsuit that she was forced to use the bathroom with male inmates and that she was put in a cell with seven other male inmates and repeatedly called by her original male name by the prison staff. The MDC said in a statement that it is “committed to ensuring the safety and well-being” of transgender persons but refrained from directly addressing the lawsuit.

The attorney that represents Lusk, Rebecca Back, said her firm is assisting Lusk because she “deserves proper housing, healthcare and a dignified existence free from discrimination.”