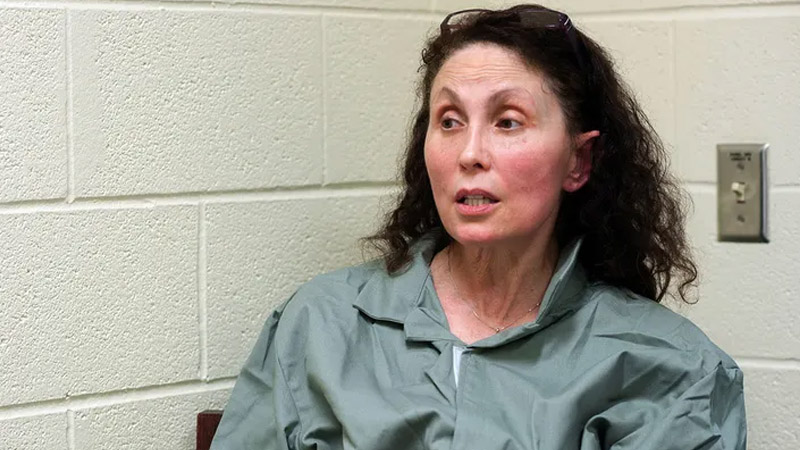 Gigi Jordan, the multimillionaire pharmaceutical executive convicted of murdering her 8-year-old autistic son inside an upscale New York City hotel room, was brutally murdered at home on Friday morning, according to Fox News.

Jordan’s bail had been revoked by Supreme Court Justice Sonia Sotomayor just hours before. In 2014, the 62-year-old was found guilty of manslaughter in connection with the death of her son, Jude Mirra.

In February 2010, the Belgian socialite reportedly admitted to using a syringe to shoot a lethal cocktail of painkillers, tranquilizers, and sleeping pills combined with wine and orange juice down the boy’s throat inside their $2,300-per-night room at Manhattan’s posh Peninsula Hotel.

Jordan’s defense included the claim that she meant to commit murder-suicide since she had also taken several medications and contacted a relative, who apparently informed authorities. However, prosecutors said that as her autistic son was dying, she used her laptop to withdraw $125,000 from his trust fund, according to the New York Daily News.

Jordan was sentenced to 18 years in prison for manslaughter, but a Manhattan federal court granted her bail in 2020 while she appealed for a fresh trial. Her arguments focused on a 15-minute period during her trial when the courtroom was briefly closed to the public.

Lower courts ruled that Jordan’s Sixth Amendment right to a public trial was not infringed. “At one point during the two-month trial, the trial court closed the courtroom to the public for approximately fifteen minutes to hear arguments about a website and email by the petitioner that accused the court of undermining the fairness of the trial,” Manhattan District Attorney Alvin Bragg’s office wrote to the Supreme Court last month.

According to WNBC, Jordan was fatally shot in a bathtub with a note nearby just five minutes after midnight Friday morning inside the Brooklyn apartment she was renting. A medical examiner will establish the official cause of death if the death is not immediately deemed a suicide.

Norman Siegel, Jordan’s lawyer, also confirmed her death to news agencies. The attorney stated that he last spoke with Jordan on the phone at 7:30 p.m. Thursday and she “sounded in good spirits.” “It’s unbelievably sad. Gigi Jordan had a lot to offer society,” Siegel told Daily News. “In the end, she did not have her opportunity to contribute to society.”