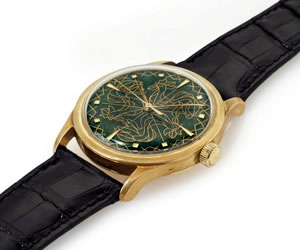 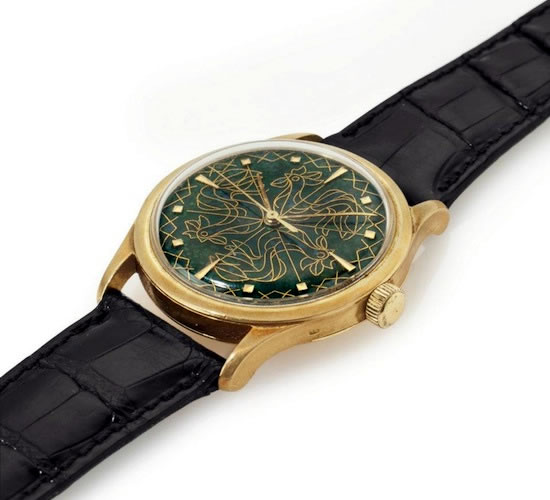 Vacheron Constantin has always been known for their exceptional timepieces. The best of horological complications and designing know how, the Swiss watch manufacturer is known for its premium watches; from chronograph watches to tourbillon and jewellery watches. If Tour De I’lle from the stable of Vacheron Constantin is one of the most expensive watches ever, then Quai de I’lle, another Vacheron masterpiece is one of the most unusual luxury wrist watches . And, time now for Reference 4270 to hog the limelight. Created in 1953, it is widely believed to be one of a four watch series released specifically for the American markets. Apart from the fact that it can almost be classified as vintage, there are several other factors which drive the watch’s value. The enamel dial is a case in point. Design wise, the dial represents a brilliant canvas of flowing lines, which depict plucky rooster like figures. With shades of turquoise, blue and teal forming the backdrop, the dial comes off looking catchy and exceptional. 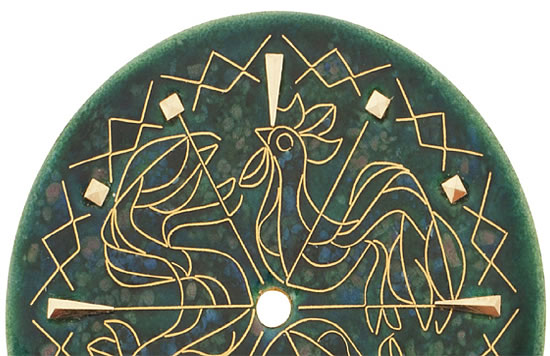 Enamel is often considered a difficult material to work with. In creating the enamel dial, Vacheron Constantin craftsmen had applied a technique called the cloisonné technique. Under the arrangement, pictures are first outlined with silver, bronze or slender gold wire using tweezers. These wires are then melted down to form cells that hold the enamel. Achieving the right hue is another ball game altogether. That there aren’t any set rules in place makes the whole matter all the more difficult. The problem with enamel is, when exposed to heat, it gets stuck in metal surfaces. With every firing in the kiln, enamel changes colors. Hence, getting the right color to surface on enamel is a tough job with a lot of intelligent guessing involved. Heating or cooling of enamel is a tricky part as well. While over firing is known to destroy or damage the color palette, rapid cooling can result in cracking. Therefore, crafting pieces out of enamel is no child’s play and the watch in question represents horological precision at its best. For those who did not know, the dial, once done to perfection, can last its owner several hundred years. 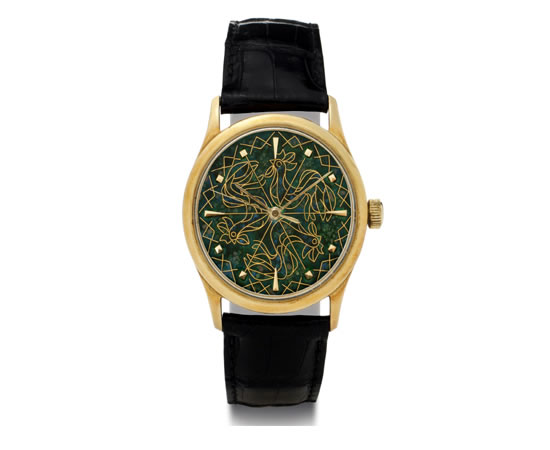 Each and every piece in the collection came with a separate reference number. There were distinct cases and dial designs as well. While it cannot be guaranteed with absolute certainty, yet Beyeler is believed to have created the dials. And considering the kind of hard work that goes into creating enamel dials, the company, we must say, has done a fabulous job. Beyeler, it is worth noting, specialized in making different kinds of dials. However, where it involved applying the cloisonné technique described above, the company would work on special orders from big shots like Rolex and Vacheron Constantine. Interestingly, the celebrated dial makers were taken over by Rolex in the subsequent period. All aspects considered, reference 4270 is a watch steeped in historical values. Flipping through the pages of Vacheron’s history, it appears that the brand has not pumped out too many enamel dialed watches over the years. On this rare instance, however, they have come out with flying colors. – Bornrich