Taking its cues from vintage racing chronographs of the ’60s and ’70s, Autodromo’s Prototipo watch pays homage to the Prototype Era in motorsports, when the cars got bigger, badder, and faster. It makes sense, then, that the new chronograph doesn’t pull punches on the styling, with a burly, squared-off stainless steel case that feels about as ’70s as you can get — in a very good way. 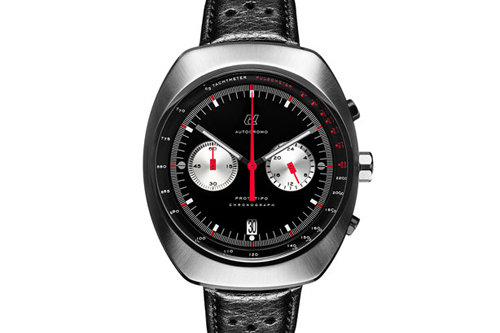 Add to that carefully considered details like contrasting subregister dials and black pushers for the chrono functions, and you’ve got a timepiece that’s incredibly stylish and admirably toes the line between old-school and modern good looks. There are two versions of the watch available: a standard one with a black or white dial, plus a limited-edition version that was designed as a tribute to racing legend Vic Elford’s 1968 win at the Targo Florio race in Sicily. 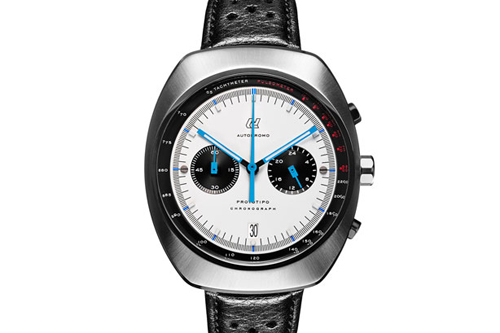 The black dial version features silver subregisters and red accents, while the white dial gets black subregisters and blue accents. For the bold, the Vic Elford edition — limited to just 224 pieces, for his race number at Targo Florio — boasts a color scheme inspired by his Porsche 907, a heady mix of red, yellow, and blue. Again, very ’70s. And, again, that’s a very good thing. 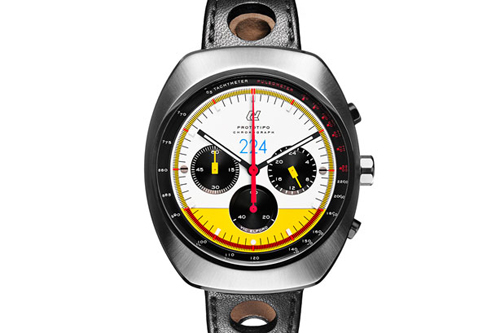 Under the proverbial hood of both versions — standard and Elford-endorsed — is a Seiko movement that also deserves some attention. A meca-quartz hybrid, it provides the reliability of quartz for everyday timekeeping with the tactile and visual pleasure of a true mechanical chronograph. 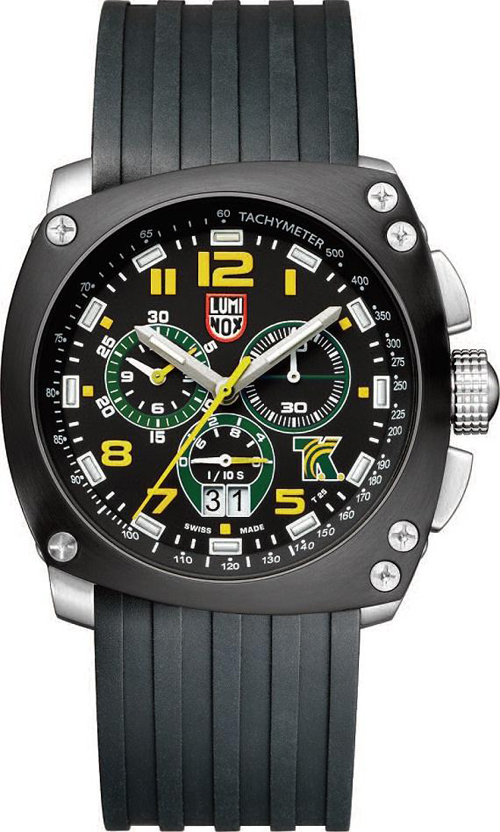 Which is to say: best of both worlds. The standard Prototipo clocks in at $625, and the Vic Elford edition, which comes with a signed 44-page booklet on the man himself, is priced at $775. Oh, and just a reminder, the last watch we featured from Autodromo, the Monoposto, is completely sold out. So if you want a Prototipo, we suggest you make moves to get yourself one without delay.