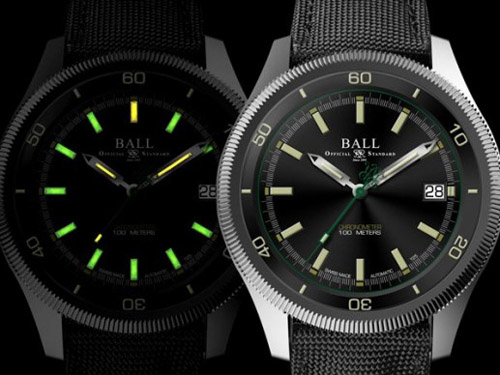 Perhaps the most exciting new Ball watch from Baselworld 2014 was not yet complete, but we did get to play with a prototype. It is the Engineer II Magneto S watch, and it offers a distinct approach to offering a modern anti-magnetic timepiece. 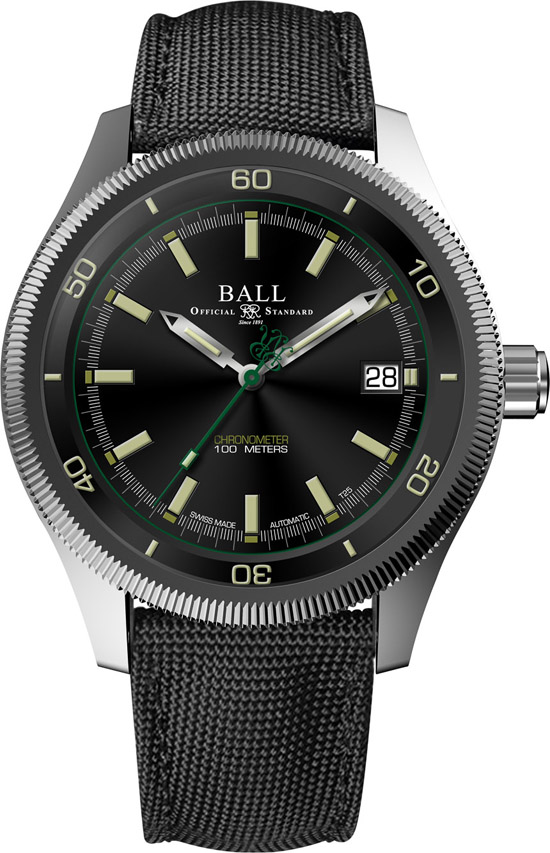 In a nutshell, here is how it works. The bezel of the watch actually operates an iris-style shield that opens and closes over the movement. Ball calls this new system “A-PROOF” and it is being debuted here in the Engineer II Magneto watch. Of course, A-PROOF comes at a time when anti-magnetic is “hot” thanks to Omega’s >15,000 Gauss watch and new Master Co-Axial movements. Omega’s approach is more passive and automatic in the sense that their movements aren’t really magnetic at all, so therefore they simply don’t react to most magnetic fields. Ball takes a more interactive approach that, while perhaps a bit less practical, makes for a good tool tech toy. 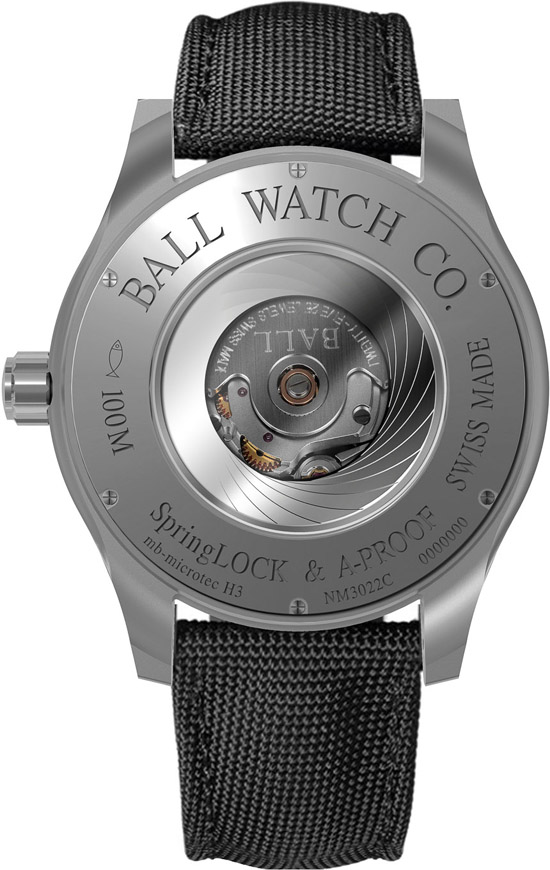 Ball claims that most of their anti-magnetic watches are resistant to about 12,000 A/m, while A-PROOF allows a watch to be resistant to 80,000 A/m. The iris-style blades that open and close like a camera shutter are produced from a new type of metal for the watch industry called “mumetal.” Sadly that is the best name they someone with little creative skills was able to come up with. Mumetal is an alloy and, according to Ball, is far superior to shielding against magnetic fields than the soft irons historically used. Of course, the coolest thing is seeing the blades open and close over the movement, which I admit to being very fun to watch. 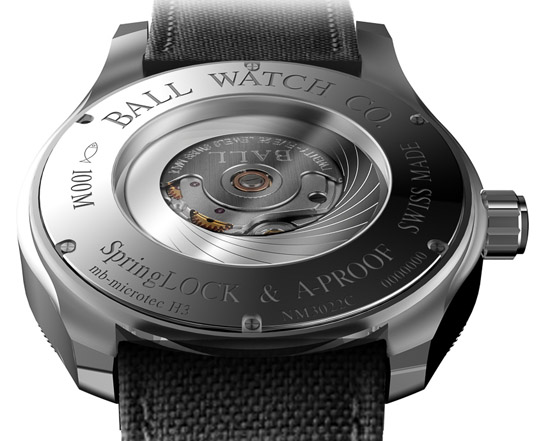 Ball includes more tech into the Engineer II Magneto S watch including Spring LOCK (covered more here), which protects against the accuracy destroying nature of vibrations. This is all part of the Ball caliber RR1103-CSL movement which is a base ETA that has been heavily modified and is COSC Chronometer certified. It is cool that if you anticipate being around magnetic fields you can use the bezel to “secure” the movement, but if you want to see the movement through the sapphire crystal case back you can do that as well. Of course, you need to be aware of whether you are going to be exposed to a magnetic field, but if you are at least you don’t need to remove the watch from your wrist to protect it. 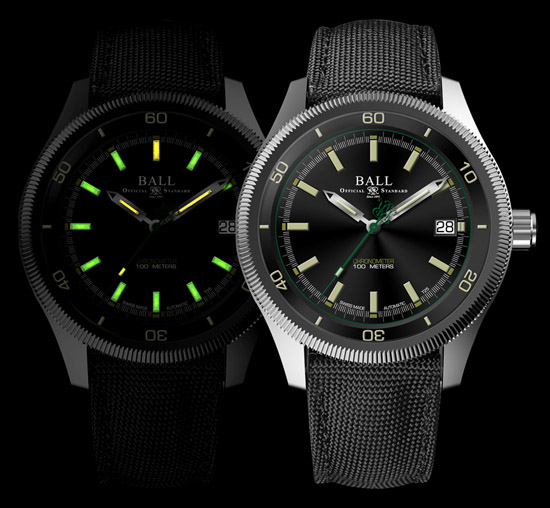 The prototype version of the Engineer II Magneto S watch we played with at Baselworld 2014 wasn’t quite ready for action so we didn’t take pictures, but I can say that the concept works and the watch is cool looking. The Magneto S is 42mm wide and not too thick at 12.9mm. The overall design is rather military and retro inspired, especially with the cordura textile strap and green accents. I do like the legible dial and of course it is fitted with tritium gas tubes in the hands and hour markers for illumination. It’s really a great watch if you like green accents, but not a green watch. I anticipate Ball to commercially release the Engineer II Magneto S ref. NM3022C-NCJ-BK watch later in 2014. It will be a test for the new A-PROOF technology, which, if successful, will show up in future watches–though it will likely not be as prevalent as SpringLOCK that has more application in a wider array of Ball timepieces. This is also one of at least two comic book sounding watches–in addition to the Magneto S there is also the Marvelight for 2014.